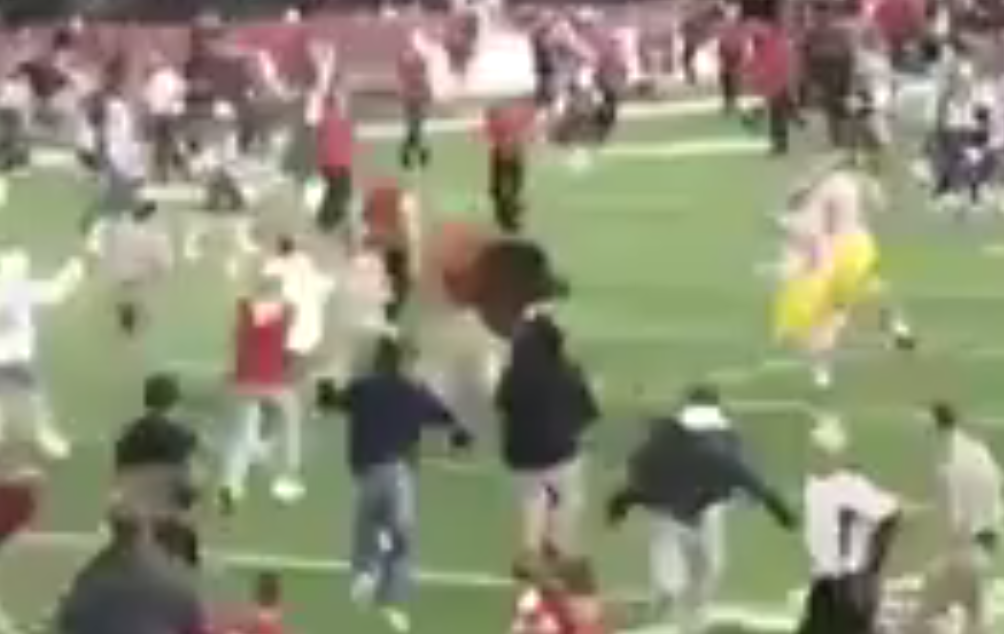 Last Friday’s USC-Washington State game featured a crazy scene after the Cougars pulled off the dramatic upset at Martin Stadium, when fans stormed the field to celebrate the big win over the fifth-ranked Trojans.

The most shocking thing about the game was that Luke Falk outplayed Sam Darnold — catapulting himself into the Heisman Trophy race.

Unfortunately, though, a scary moment was captured after the game, when the field-storming happened. The USC players were making their way off the field, and one particular USC’er absolutely decked a fan as he ran by, sending him to the ground.

It will be interesting to see if the NCAA steps in and disciplines the player, or if USC handles it internally.