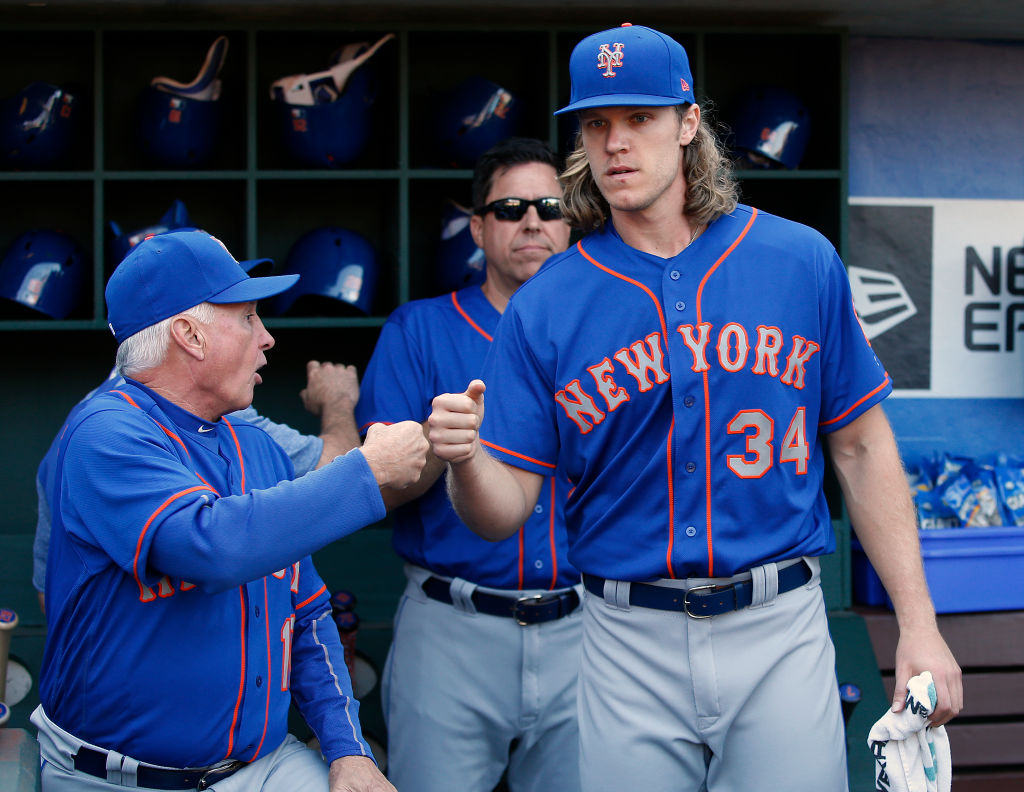 I don’t know how he did it, but Terry Collins saved his best double switch for last.

The season ended yesterday. I’d say “mercifully ended”, but I’d hardly call an 11-0 loss to the Phillies merciful (except for the fact that Noah Syndergaard threw a 26th pitch without being carried away on a gurney.) The game will fly away with the grace of a southern elephant seal, leaving a waft in the air which has the unmistakable scent of Chris Flexen and Rafael Montero forfeiting their right to be anywhere near this team in 2018.

But after the game, Collins officially resigned as the manager of the Mets, and in an unexpected twist, took a role with the Mets front office. What that role is, who knows. But I’d say that it might have something to do with beaing the newest front office leak to the media. But in any case, Collins turned what was a sure dismissal of some sort into a cushy retirement fund in the guise of “advisor” of some sort where he can work from his porch while screaming at children to get off his lawn with Fred Wilpon and Art Howe. It’s as if the shame of the front office leak caused the Mets to have a heart and set the man up for the rest of his life. Perhaps Fred and son argued over that one as well, but if we learn from history, we could plausibly deduce that it was Fred who extended the gesture to make up for the embarrassment of the leak. Now why would he need to do that if simply firing the staffer who opened his mouth could be fired?

Well, maybe because he can’t be fired because, oh I don’t know, he’s related to the owner? Wake up sheeple!

If only Terry was this cunning when it came to a pitching change, who knows where our path would have led. But I guess you can say that the internal strife up top lucked him into this success … kind of like the Yoenis Cespedes trade. But you know what, whether this was luck or design, Terry Collins deserves this. If not for pure success, for dealing with constant nonsense that comes from unnamed sources. It was seven years worth of it. He deserves this “severance”, if only just for that. Wouldn’t life be nice if these kind of jobs fell out of the sky and attached themselves to dismissals?

Certain seasons end, and you can’t wait for the next Opening Day to get here. 2006 comes to mind. 2016 is another season that ended with that longing. When 2007 ended, I never wanted to see them in 2008. Things might have been better for all of us if that season never happened either. This season, as a fan, has been exhausting. 2017 was the kind of season that teetered back and forth between writing about what seemed to be the same loss every day (give up five runs in the the first inning, wait for the nurse to up the meds for the other eight innings … wash, rinse, repeat) and trying hard to hold on to every last bit of the summer for dear life before the dreary days of autumn and winter. Please rid me of the Groundhog Day life of loss after loss, but keep that morphine coming so that I don’t feel the pain from the monotony and I can still believe that I’m sitting in Section 524 at Citi Field eating Goya Nachos and enjoying a Stella Cidre, or in Atlanta complaining about Matt Adams while watching Matt Harvey trying to navigate through the Braves lineup while scarfing down an H&F Burger and some Gu’s Dumplings.

(Why do all my recent memories at a ballpark revolve around food? Are we that starved for memories with this ballclub?)

But seasons change, things end, and we all go off to find balance in our lives. Of course, that comes in between refreshing Ken Rosenthal’s twitter feed to see if the Mets hire a 90’s star to manage the club or sign a token free agent in early November to get everybody to stop asking if the Mets are going to sign anybody. But this season has ended not with the bang of Connor Gillaspie, but with the whimper of Chris Flexen and Rafael Montero. And I can tell you that I could use some balance in my life for these coming days. 2017’s losses have gotten a little too monotonous, and 2017’s grind hasn’t helped. If ever a season needed to just wash away with the tide, it was this one. And here we are. Time to take a breath and feel free, if only for a few days or weeks or so. Because March will be here before you know it. We’ll be ready. I don’t know if the Mets will be ready, but we will. Perhaps Terry’s front office role will be Director Of Getting Us Some Goddamned Players.