One Fan(n)'s Opinion by @Rich_Fann: 1st Quarter of the Season Thoughts 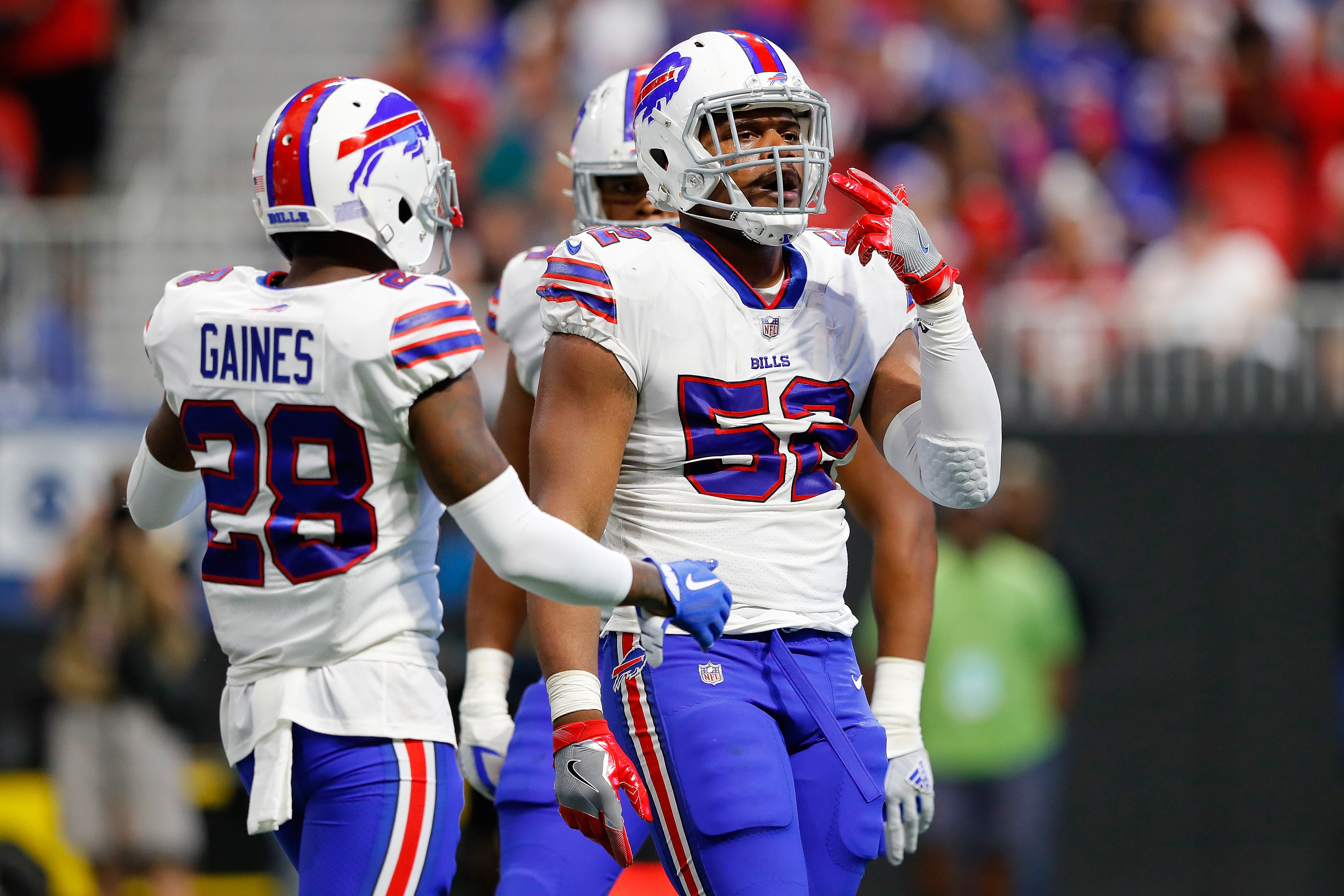 One Fan(n)'s Opinion by @Rich_Fann: 1st Quarter of the Season Thoughts

We’re at the quarter pole mark and the Bills are 3-1. Color me surprised. While the look of the team screamed tank! with trades a-plenty and seeking to look towards the future, the Bills are a drop away (or better pass if you’re #ThatGuy) from being 4-0.

I will fully own up and say I was dead wrong. Apparently you can be competitive while also putting an eye on the future.

In talking with some friends, this is The Producers, only with football. In a year where they were trying to be as competitive as possible (and also maybe get one of them shiny QBs) – they’re so far, a success.

WHERE DID THEY GO RIGHT?

In coaching, you typically look at the last three or four games to see where a team is at and how you can attack them. For the last four, the Bills have bent but have not broken on defense, and on offense they’ve been efficient, sans the Carolina game.

I chalk this start up to 3 numbers:

10 – Points per game less than last year allowed. The Bills are at 13.5 points per game allowed, good for best in the NFL. Last year, they allowed 23.6 points per game. In one year, with a revamped secondary and new linebackers, Sean McDermott’s staff has thus far completely undone the failures of Rex Ryan. That alone would be astounding – but to do so with Marcell Dareus being injured (and also kinda frozen out?), Shaq Lawson not on the field versus the Falcons and relative unknowns in the rotation on defensive line is jaw dropping.

1 – So is this stat. Through four games, including games against former NFL MVPs Cam Newton and Matt Ryan, the Bills have only allowed one passing touchdown.

6 – The differential in turnovers, to the positive. Because of Tyrod’s natural proclivity to keep the ball safe and nestled in his teammate’s arms more often than not, and the defense’s newfound ability to create turnovers out of thin air, the Bills are sitting pretty in this regard. If you turn the ball over three times in one game you’re looking at 70%+ win rate. I’m impressed with all of this, folks.

I also want to give credit to John Murphy, who yesterday mentioned that over the last 32 games as starter, Taylor has thrown for 41 touchdowns to 15 picks. I’m fully, unabashedly #TeamTyrod and for every All-22 “he missed this guy oh my god why is he still in the league” response, he’ll drop a rainbow like the bomb to Clay, or rush for a first down in an impossible situation. Taylor won’t ever be the first person on people’s lips in terms of high quarterback play, but I’m a stickler for complimentary team football more often than not being more successful than putting it all on one person.

Speaking of sir Charles, a man I thought was going to be a contractually dead man walking is currently leading the team in touchdowns and second in receptions.

But I would be remiss if I didn’t highlight the job from top to bottom Troops and company have done with the team. Complaints the Bills aren’t getting the zone scheme like they need to? They add more man blocks and pulls. Feel like they’re not going down the field enough? Change it up. Time management issues? Have a 9+ minute drive and while I didn’t like the 4th down call, not burning a time out to do their chicanery allowed them to have 3 timeouts on the final Atlanta drive to use for regrouping – or potentially for their offense to mount a late win.

For every after school special-like comment by McDermott, there is on-field proof in his pudding. I can’t complain about the results, so the #Process to get the effort has to be okay right? RIGHT?!

Looking ahead to the next quarter:

Four very winnable games, especially if it’s the #EJBowl in 3 weeks. If the Bills can go into the bye next week at 4-1, that’s prett-ay, prett-ay good.

I know they’re in a good place overall, but I wanted to pop my head in and throw out where the Bills will be going into the off-season, with the bevy of key players in contract years.

Four starters – Williams, Brown, Humber and Gaines are free agents. That’s a lot. I would hope they get Brown back and perhaps Gaines. Kyle Williams might retire, or may see this as the only chance he gets to play for a contender. Either way, I wish him well and hope he makes a decision that works for him and his family. The rest of the list are role players that shouldn’t be hard to bring back.

Out of this group, I think Jordan Matthews, thumb injury and all is a solid member of the unit. While the Bills still need that top receiver in the mix, Matthews is a solid #2 in my humble opinion. Tolbert and Jones are glue guys/special teams types that should stick if the price is right. Seantrel will hopefully either supplant Mills by week 8 or be the swing guy with Dawkins at right tackle, because..woof.

I see Thomas and O’Leary as the biggest names to retain here, with Clay being another option should he emerge as a deep threat. Banyard’s a big question mark.

Both are easily retained, so the only question is how well they perform going into FA.

My name is Rich Fann…and…I…

No…not yet. If they get to 6 wins by Halloween? Ok, I’ll go into rehab for my #Process addiction.