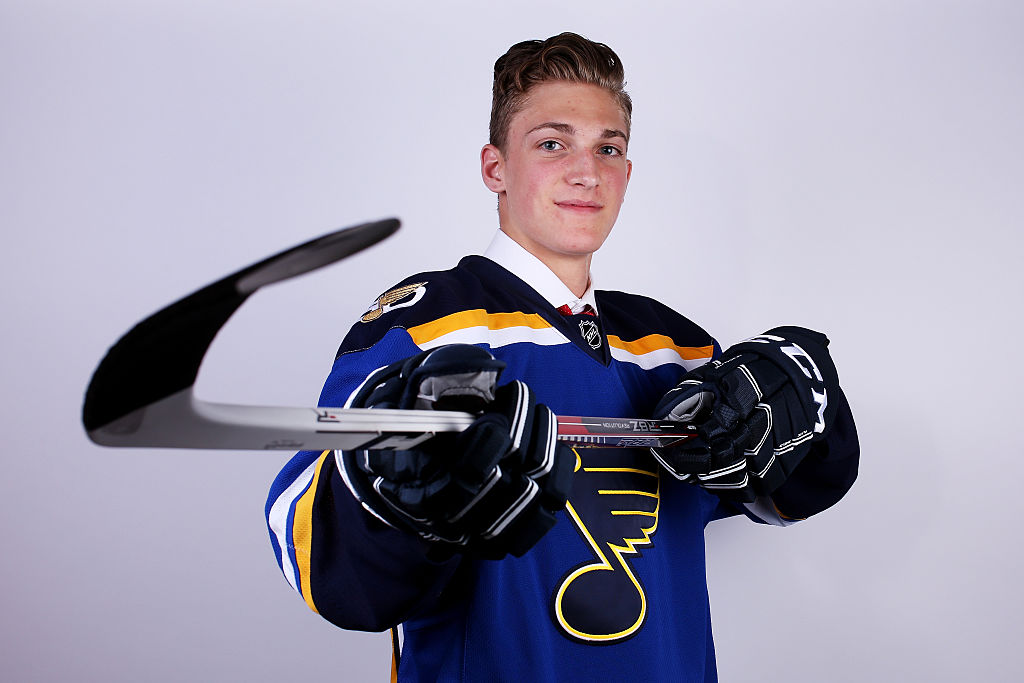 Preseason is a time for young prospects to shine and battle for a spot on the NHL roster. In the case of 19-year-old Tage Thompson and 20-year-old Vince Dunn, both players had successful camps and narrowly won jobs with the Blues as they prepare to start their 2017-18 season in Pittsburgh.

Thompson may have been a surprise selection after Samuel Blais impressed throughout camp, but the team sided with Thompson due to his strong play with Magnus Paajarvi and Oskar Sundqvist. Meanwhile, Dunn bested Jake Walman and will have his toughness and physicality tested at the NHL level.

Via STLToday, Thompson has some big ambitions.

“I haven’t achieved anything yet. There’s still work to be done. It’s a long season, so a lot can change. My mindset is still the same. Come with the same attitude every day and try to stay here as long as I can. Make a big impact.”

Head coach Mike Yeo praised Thompson for his continuous engagement on the ice, regardless of whether the puck was in the offensive or defensive zone. The team hopes Thompson can help eat up time while some of the regulars who are out of the lineup recover from various injuries.

Yeo was also impressed by Dunn’s consistency and reliability away from the puck – two key factors which helped Dunn win an NHL job.

Dunn was pretty surprised by the decision and is excited to keep learning.

“It’s a pretty crazy feeling. Looking back a few years, I probably didn’t see myself here, but right now, it’s just a lot of hard work and a lot of determination and I finally get my chance. … Every day I’m coming in here and learning more and more.”

Some fans may have hoped to see a couple other youngsters on the final roster – or even seasoned veteran Jaromir Jagr – but Thompson and Dunn should bring plenty of excitement and give fans lots to talk about.