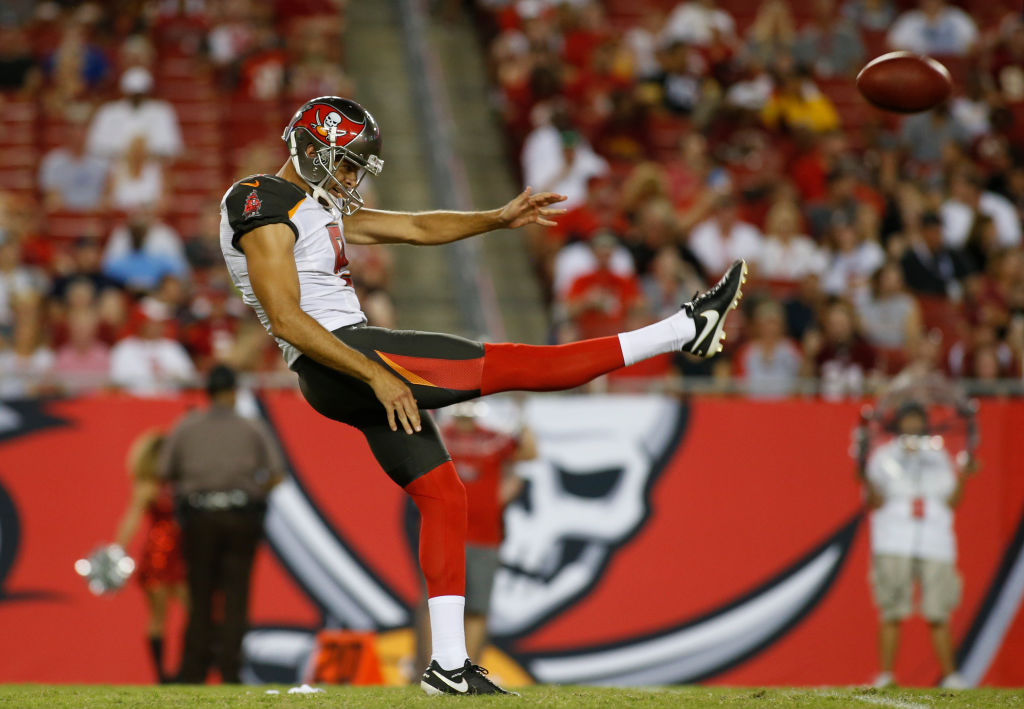 Bucs punter Bryan Anger showed off his strong leg during Sunday’s win over the Giants — crushing a punt that traveled 62 yards at one point, which is the furthest of any he’s had as a member of the team.

Anger also booted another ball 53 yards in the game, and he played a part in helping the Bucs in their quest to control field position, which was key in a close matchup that Tampa Bay emerged victorious in by a 25-23 score.

That strong performance likely earned Anger some praise in the locker room, but it also resulted in him getting drug tested by the league on Tuesday.

Anger didn’t seem to feel that he was selected at random for the test, either, which he stated on Twitter in poking some fun at the league’s request.

We live in a tough world for punters. The man is always trying to keep them down.