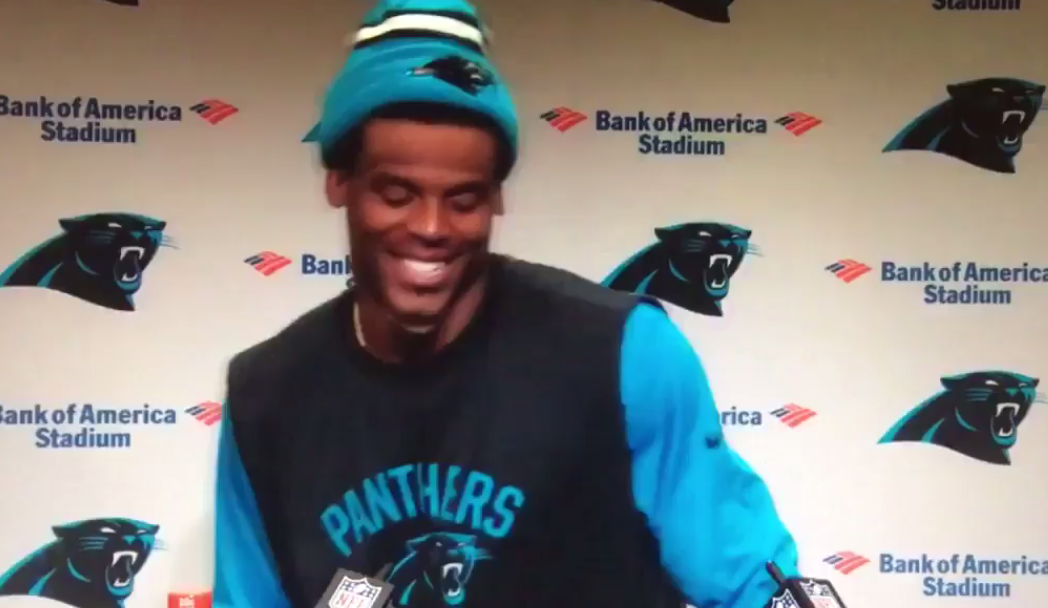 Panthers quarterback Cam Newton has done some disrespectful things at press conferences over the years, but what he did on Wednesday may take the cake.

Newton, over the years, has been criticized for his refusal to answer questions from reporters, or for walking out of press conferences, but that pales in comparison to his behavior on Wednesday.

Newton laughed off the question, and had this to say in response:

“It’s funny to hear a female talk about routes,” he said. “It’s funny.”

#CamNewton was not throwing shade. It honestly may be weird to him. How many women has he spoken to about routes in his career? pic.twitter.com/UMWYOdLhw6

Rodrigue didn’t find it funny, that’s for sure.

I don't think it's "funny" to be a female and talk about routes. I think it's my job.

I spoke with him after and it was worse. I chose not to share, because I have an actual job to do today and one he will not keep me from.

That’s a horrible look by Newton, and it’s unfortunate for the team’s leader to show that there’s another side to him. It will be interesting to see if this becomes a distraction in the team’s Week 5 matchup against the Lions, which Doc’s Sports Service has a free pick and prediction for.

Will the Panthers take action against Newton? Stay tuned.