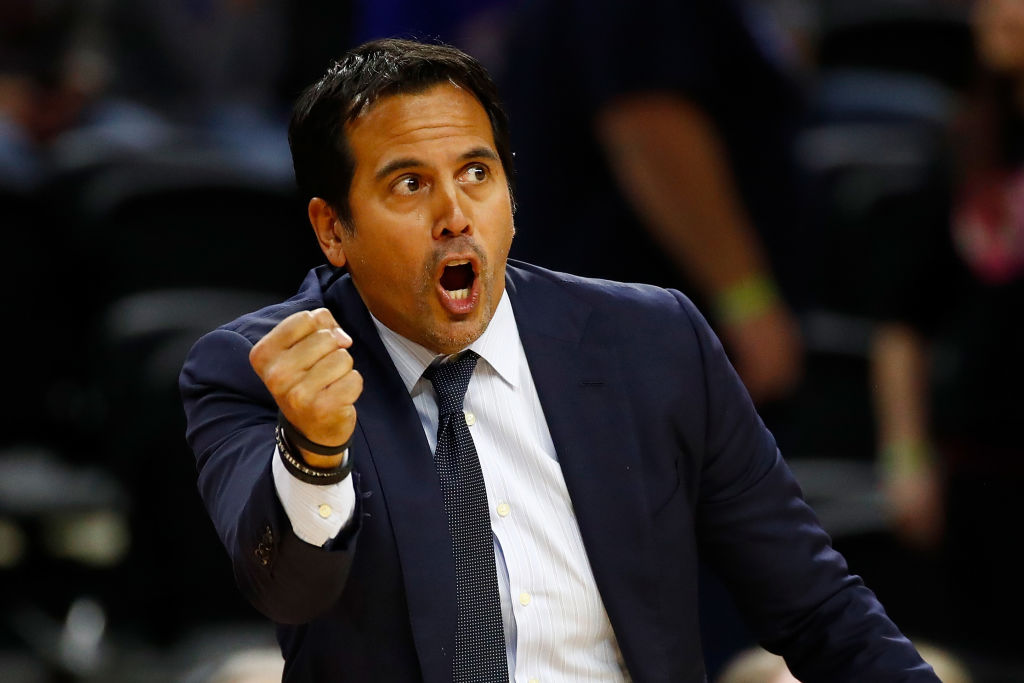 Will the real Miami Heat please stand up?

Last year was a season of two halves for the enigmatic Heat. They started out 11-30 and ended up 30-11, including a 14-5 record against playoff teams in that late push to sneak into the playoffs. Unfortunately, they weren’t quite able to overcome the last hurdle, as the Bulls backed their way into the playoffs with a win in the final game of the season against a Nets team that surprisingly rested their starters despite having nothing to tank for. After starting 11-30, they aren’t afforded much sympathy to cry over spilt milk, regardless of how pleasantly surprising their form was in the second half of the season.

So I repeat, will the real Miami Heat please stand up?

Entering this season, the Heat will have a full 82 games to prove which team they actually are. They will be bringing back their core from last year, plus several useful additions. It’s easy to say that the NBA is a players league, but I’m dropping the responsibility for this season on head coach Erik Spoelstra. Coach Spo will have to integrate a healthy Justice Winslow back into the rotation, develop exciting rookie Bam Adebayo, extract production from Celtic imports Kelly Olynyk and Jordan Mickey, and keep James Johnson and Dion Waiters as engaged as they were to finish last season. Expect Spoelstra to lean on his experience from figuring out role player rotations around the “Big 3” during the Heat’s heyday of conference dominance. Without superstars to build around, the whole roster is a giant puzzle, with advantages derived from their depth, versatility, fitness, and athleticism. As last season highlighted, they will have to be prepared to kick off the season on the right foot.

Goran Dragic comes back to Miami fresh off leading Slovenia to the Eurobasket title. His health and confidence will be the motor behind the Heat offense, which will look to push the pace. Since his revelation of a 2013-2014 season where he scored 20 points per game with the Suns, Dragic has struggled to rediscover that form with consistency, but last year was certainly an exception. The talent to score and be the primary playmaker have always been there, and if he builds on his confidence and remains healthy expect him to shine this season, as Spoelstra is once again giving him the keys. In peak form Dragic can unlock the wings for easy buckets at the rim and in the corners. What will be key is if he improves his chemistry in the pick and roll with Hassan Whiteside.

Speaking of the wildly inconsistent Whiteside, offense will be secondary to his defense. Hassan has always struggled to stay focused and motivated on both ends of the court, and tends to pout when the flow of the game isn’t going his way. This often plays out with poor pick-and-roll defense, slow rotations, and lazy fouls. As gifted of a shot blocker as he is, advanced stats rate him as one of the softest interior defenders in the league. Incremental improvement in his lateral movement would help him become a more effective deterrent of opposing offenses running infinite loops of pick-and-rolls, but pressure will be on the coaching staff to find the proper motivational tactics to keep Whiteside engaged. In a sense, he is their x-factor due to the wide range of possibilities, but the realistic expectation is that he will continue to produce intermittent explosive stat lines with many disappointing performances in between.

The rest of the roster is where coach Spo will have to shine. Dion Waiters was a revelation last year, and his swagger is something that the Heat may not want to restrain. They need him to get buckets within reason, i.e. in the flow of the offense and with some semblance of efficiency. Isolation is where he excels, but Dragic’s penetration can help Dion get some easy open jumpers. Dragic can’t be the only playmaker in the offense though, and Tyler Johnson has made steady improvements to his game for three straight seasons. Entering this year as a 25-year-old, expect him to hold down the backup PG spot and rotate in with the starters when they go small. Josh Richardson couldn’t hit the broad side of a barn at times last season but provides versatility. He can finish at the rim and handle the rock, and constantly stays active on both ends. That energy paid off with a hefty extension this summer, so expect him to play up to three positions for the Heat this season.

The youth movement still exists in Miami in the now fully-recovered Justice Winslow and ‘Bam Bam’ Adebayo out of Kentucky. Winslow was a scout’s darling coming out of Duke, but hasn’t been able to stay healthy.  Although he continues to flash the defensive skills and hustle plays that impressed in college, it is the lack of progress with his shooting that may limit his ceiling in the pros. He was effective in his first game back in the preseason opener, but beyond seeing him back at full strength, expectations should be tempered. He could regain a spot as a starting forward eventually, and that shot will often make or break his offensive effectiveness. One player who stands in Winslow’s way of reclaiming a starting spot is James Johnson, who thrived once Justice went down last season. Johnson signed his first big contract of his career this summer, but he’ll need to remain hungry and focused.

To fill out the roster, the Heat brought back the reliable veteran presence of Udonis Haslem, along with an interesting duo from Boston in Kelly Olynyk and Jordan Mickey. Olynyk balled out against the Wizards in the playoffs and will look to provide some legitimate floor spacing, which the Heat have lacked out of their bigs since Chris Bosh’s unfortunate health problems. Mickey is a shot in the dark at an elite shot-blocker. He has struggled developing other areas of his game.

So what are fair expectations for this team? If things break right, they could contend for homecourt advantage in the East with the Raptors, Wizards, and Bucks, behind the Cavaliers and Celtics. They could also repeat last year’s rollercoaster journey and miss out on the playoffs altogether. The players will play their roles, but the coaching staff will be responsible for piecing together this interesting puzzle that Pat Riley has put together in the post-Lebron/Wade/Bosh era. I wouldn’t bet against Spoelstra pulling the right strings and getting this squad above .500, possibly reaching 45-50 wins. He has the experience and résumé by now. But if the Heat miss out on postseason play in an even weaker Eastern Conference than last year, Erik will have some explaining to do. With an aging Pat Riley taking more of a backseat approach lately, coach Spoelstra is clearly the loudest voice in the locker room. With great power comes great responsibility, and for that reason coach Spo is the Heat’s x-factor this season.