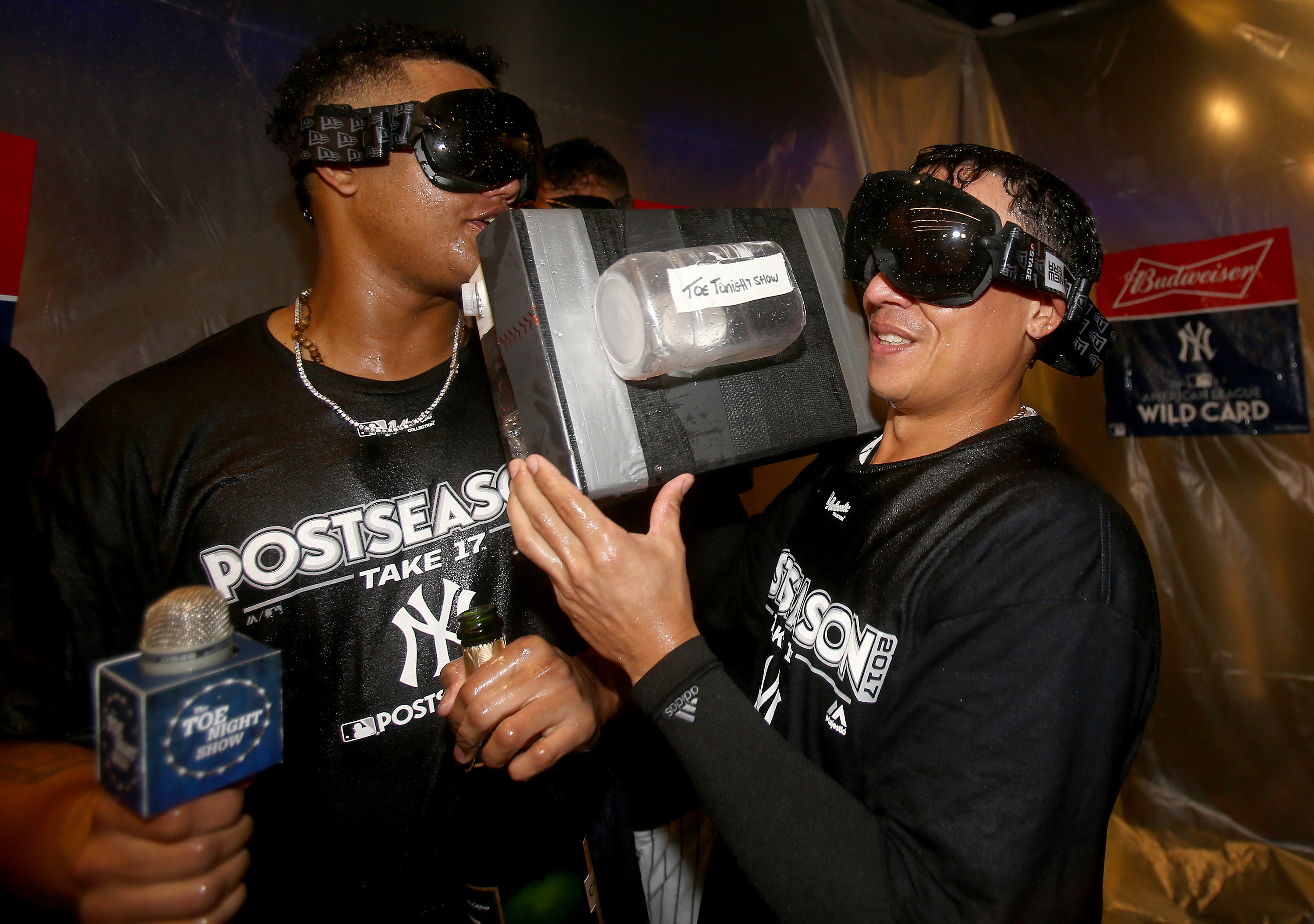 Former Los Angeles Lakers (and New York Knicks!) coach Pat Riley coined an expression known as “The Innocent Climb” — when a team first rises to the top with a new, young group of players, without suffocating high expectations. That’s pretty much where the Yankees are in 2017. What a pleasant surprise, in a world of not-so-pleasant surprises!

Remember this spring, when it looked like the Mets were playoff-bound, while the Yankees were in the proverbial rebuilding year? (For the record, Squawker Jon thought the Mets would go 89-73 and finish in second place, and I predicted the Yanks would have a 79-83 record and finish in fourth place!)  Anyhow, it’s pretty amazing that the Yankees are where they are this October, and I am very happy to have been so wrong!

But thanks to my own athletic activities — triathlon and marathon training, as well as recovering from a hip and hamstring injury incurred in a bicycle accident this summer — I haven’t gotten to watch many of the games in Yankeeland this year. I also go to sleep much earlier than I used to, thanks to being worn out from marathon training (the NYC Marathon is only a month away!)

Anyhow, I was still on my way back from spin class last night when I saw that the Yankees were losing 3-0 in the first, with Luis Severino already knocked out! Fortunately, Didi Gregorius hit a 3-run homer to tie the game, and I made it home just in time to see Brett Gardner’s homer.

My expectations were pretty low for the Yankees to win this game. The team had only even been in one postseason game since 2012 — the 2015 Wild Card game against the Astros — and the Yanks looked bad that whole game. But as Derek Jeter once said in a different context, this is not the same team.

One of the “what-ifs” I’ve had over the years is what if Joe Torre had brought in Mariano Rivera in the second inning of Game 7 of the 2004 ALCS, instead of putting in Javier Vazquez. Maybe Johnny Damon wouldn’t have hit that grand slam. Not that I’m bitter or anything!

So obviously the smartest things Joe Girardi did last night was 1) Having a quick hook for Luis Severino, pulling him after just one out (!) in the first, and 2) After bringing in Chad Green, then bringing in David Robertson about six innings earlier than he usually pitches.

I noticed how loud the ballpark was last night, like after Aaron Judge’s homer. I don’t remember hearing it that loud, or seeing as many seats filled, since 2009. Even postseason games since 2009 didn’t seem to have that sort of energy as the ballpark did last night.

Now it’s onto Cleveland, the site of the infamous 2007 ALDS. I hope there are no midges this time!