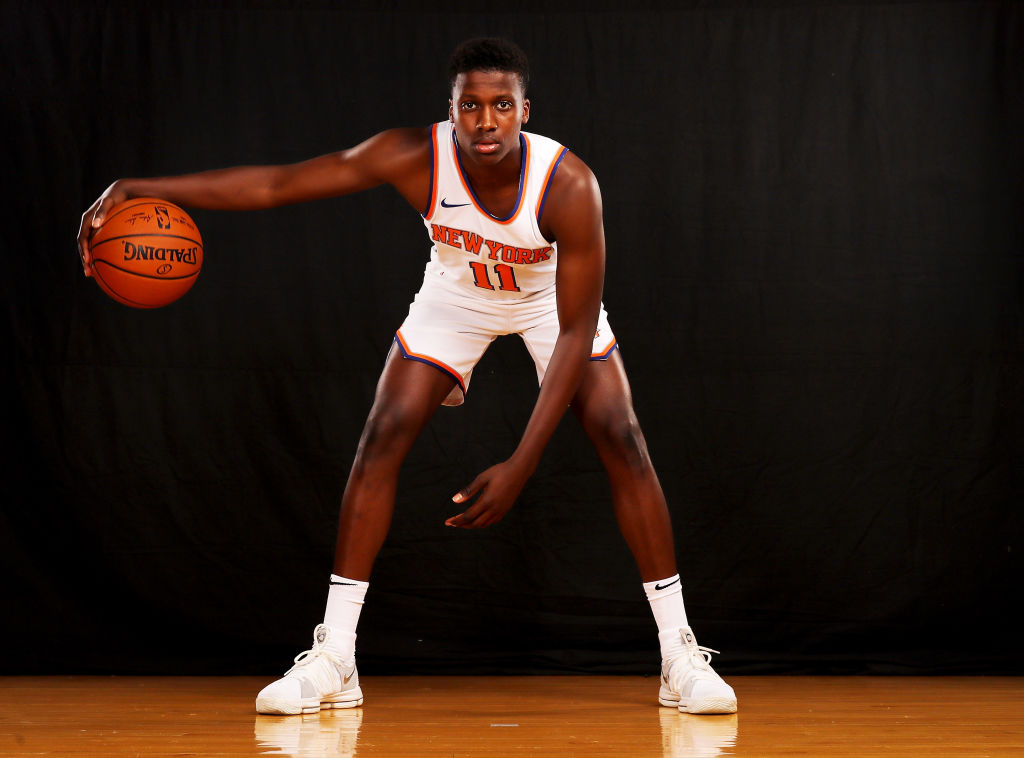 A new era of Knicks basketball began on Tuesday night. Though it was just a preseason matchup, the team’s preseason opener gave the team its first opportunity to start fresh and hit the hardwood without Carmelo Anthony. Coincidentally enough, it didn’t look as though much had changed.

This new-look group had very similar defensive woes. Upon securing a double-digit lead for themselves, New York communicated poorly and allowed the Nets to run away with a win. The effort was there, as players could be seen hustling and diving for loose balls and fighting for rebounds. That was a welcomed energy. The biggest thing the Knicks were missing was communication in team defense. When a player left his man to cover more ground or fight for a possession, there was no pick-me-up. Time and time again, Brooklyn was able to find the hole in the Knicks’ defense by moving the ball and hitting the open man. The defense needs to be tighter and players need to have a higher level of awareness as to where one another is (or isn’t) on the court.

The caveat here is that developing such communication comes from repetition. Practice makes perfect, and there’s the potential for the Knicks to improve in this aspect of the game. It’s up to Jeff Hornacek to make team defense and communication a priority in practice, because his new group can learn. It might simply be a lack of ability when it comes to accomplishing this task. There’s room to grow.

There was more good news where that came from, as the Knicks seemed to have little difficulty finding that offensive production vacated by Carmelo Anthony’s departure. Enes Kanter was literally the point-per-minute machine many make him out to be, scoring 17 in as many minutes. Michael Beasley wasn’t too far behind while adding 8 off the bench, and bringing last season’s starting shooting guard Courtney Lee off the bench allowed New York to get another 12 point boost from a reserve. The bench exploded full of energy and even when the team slipped, the reserves seemed to help them coming roaring back.

Frank Ntilikina looked good early on in his taste of NBA action. He had three assists all in the first half when momentum was in his team’s favor. Unfortunately, the group’s erratic play as the game went on led to a 1 of 7 shooting night for him overall. On the bright side, Tim Hardaway Jr. converted on five daggers from downtown and looked especially aggressive. Kristaps Porzingis poured in the points during the first quarter, but his efficiency wavered as the Nets’ defense made adjustments and closed out on the space Porzingis had to explore higher percentage looks.

There was plenty to like from the new look Knicks. Players were active, enthusiastic, and no one appeared especially shy about shooting the basketball. The energy was solid. Still, as New York looks to establish an identity as a team, two glaring weaknesses remained: poor communication, and as a result, weak poor defense. In order to maintain a certain flow to their offense, the Knicks will need to be more aware and get defensive stops. That’ll be a huge development area, one that will clearly affect the team’s ability to compete.