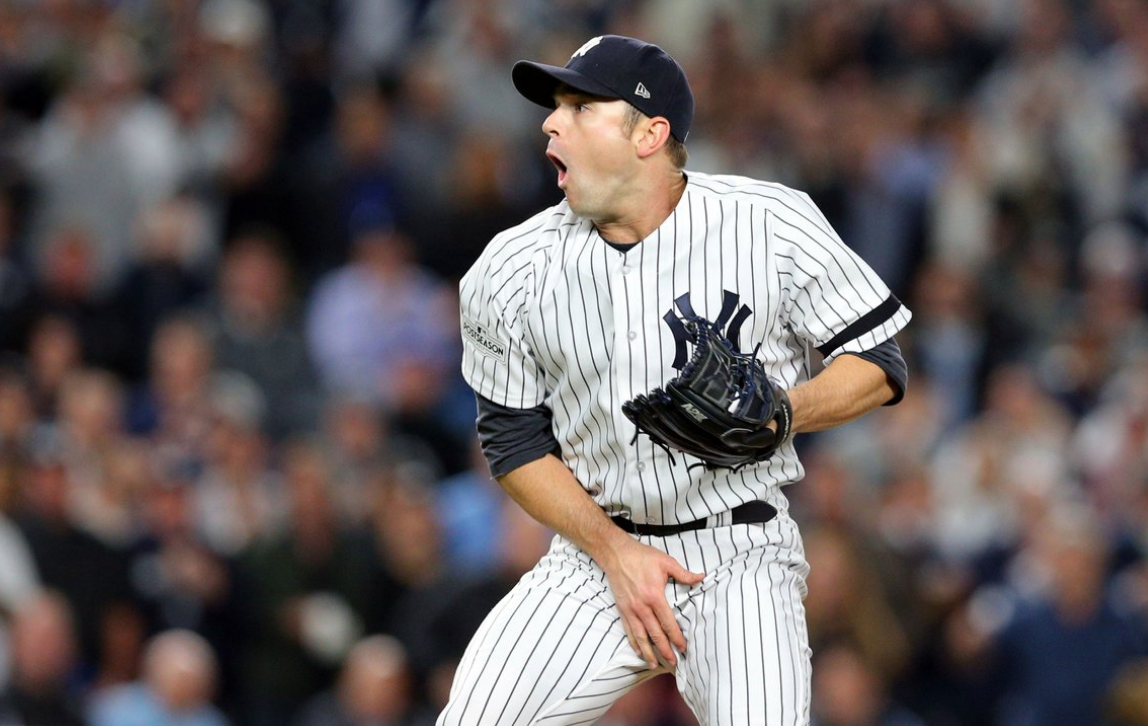 Relief pitcher David Robertson was one of the main reasons why, as he came in in a huge spot with the bases loaded, and did his job. Robertson, who was a closer earlier in the year, entered the game in an unorthodox spot — in the third inning — but it didn’t seem to faze him at all. He lasted 3.1 innings — striking out five batters, giving up only three hits and no earned runs.

Toward the end of his stint, in the sixth inning, Robertson delivered a priceless reaction. One of his pitches was fouled off and unfortunately drilled Sanchez in the groin, to which Robertson responded by gasping and holding his groin in solidarity.

Sanchez was fine, and that was the end of that. But he might need an ice pack right about now.