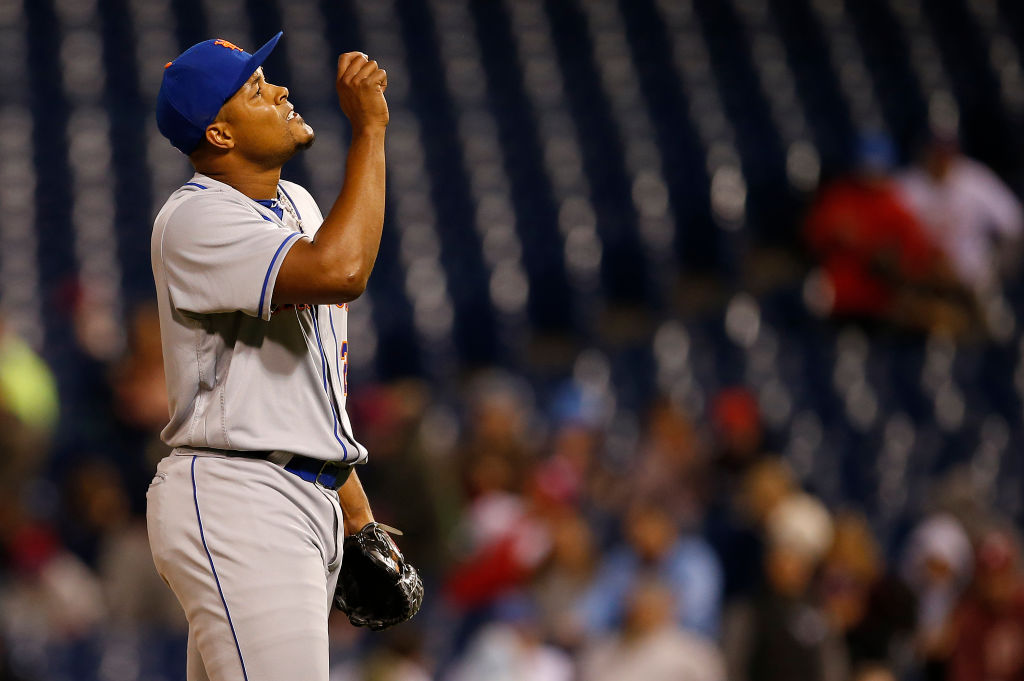 Now that the 2017 season is over, its time to take a look back at the year that was for the New York Mets. It was a disappointing season for the Mets, who began the year with World Series hopes and ended it as a 90 loss team, so it is worth looking back to see what went wrong. Over the next several days we will look at the offense, starting pitching, bullpen, and coaching staff to see where the Mets can improve. Today we’ll take a look at the Mets’ bullpen.

The bullpen was the Mets’ biggest question mark entering the season, and it proved to be their undoing early on. Closer Jeurys Familia drew a 15 game suspension for a domestic violence related arrest in the offseason, forcing the Mets to lean heavily on Addison Reed and Fernando Salas early on. Reed was up to the big workload, but Salas was one of many who quickly wilted due to overuse. The rotation didn’t help matters by failing to get deep into games, taxing the bullpen much more than it was used to, and things hit a breaking point when Familia went down with a blood clot in his shoulder. Familia required surgery to remove the clot, knocking him out for several months and essentially burying the bullpen along with him. Let’s take a look back at the year of the Mets’ relievers in terms of the good, the bad, and the ugly.

The Good: Reed carried his strong 2016 form into this season, notching 19 saves as the closer in Familia’s absence. The Mets were able to turn Reed into a trio of relief pitching prospects at the trade deadline, adding some power arms to a farm system in real need of them . . . Jerry Blevins pitched nearly every game in the first half and his arm didn’t fall off. In 75 appearances for the Mets this season, Blevins posted a 2.94 ERA and should be a big part of the bullpen next season . . . Rookies Chasen Bradford and Paul Sewald showed promise, with Bradford pitching to an ERA under four while Sewald earned opportunities in big spots. Both pitchers should get an opportunity to compete for jobs next spring . . . Two of the prospects the Mets acquired in mid-season trades, Jacob Rhame and Jamie Callahan, made their big league debuts in September. Callahan was more effective, pitching to a 4.05 ERA in seven appearances, but he and Rhame both flashed big arms and could be factors in the Mets’ bullpen down the line . . . Familia got his groove back by the end of the season, pitching to a 3.00 ERA in September and earning his first save since May. The Mets need Familia to be healthy and serve as their closer in 2018 . . . General Manager Sandy Alderson made a move to address his 2018 bullpen by landing Miami Marlins’ closer A.J. Ramos at the trade deadline for a pair of prospects. Ramos picked up seven saves in eight tries after taking over for Reed as the Mets’ closer.

The Bad: Ramos wasn’t particularly effective, struggling to command his slider and pitching to an ERA of 4.74 in 21 appearances. The Mets need to fix Ramos if they want him to play a big role in their bullpen next year . . . Injuries hit the bullpen hard as Familia, Josh Edgin, and Josh Smoker all missed extended time . . . Erik Goeddel had an up and down year, showing flashes of his strong 2015 campaign but also glimpses of his horrific 2016 . . . Rookie Kevin McGowan didn’t show too much in his big league debut, pitching to an ERA of 5.19 in eight appearances.

The Ugly: No one had a bigger fall in the bullpen than Hansel Robles. Robles somehow posted a 7-5 record but pitched to an ERA of nearly five, giving up a whopping 10 homers in 56.2 innings pitched . . . Salas turned out to be a waste of three million dollars, pitching to an ERA of 6.00 as he was never able to recover from his heavy early workload. The Mets cut Salas in August before he latched on with the Angels and pitched well down the stretch . . . The Mets somehow convinced themselves that Neil Ramirez was worth a shot in their bullpen. Ramirez was awful, pitching to a 6.43 ERA in 20 appearances, but the Mets stuck with him for two months even though two weeks was enough time to tell Ramirez wasn’t going to work out. The Mets finally sent Ramirez on his way in July and he ended up signing a minor league deal with the Nationals.