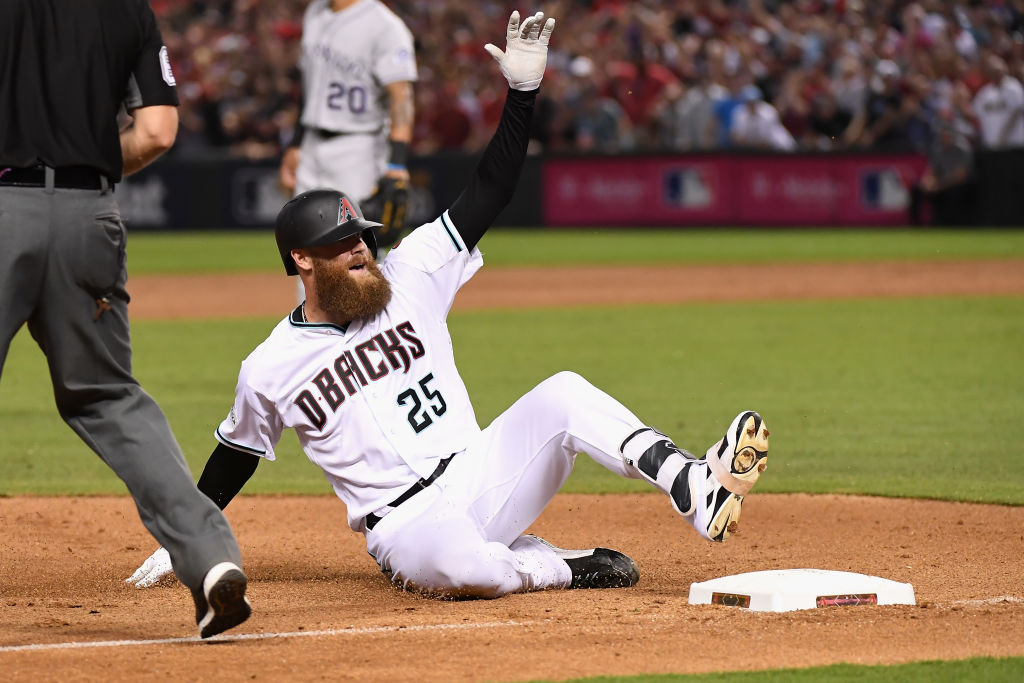 Diamondbacks pitcher Archie Bradley delivered the most unpredictable moment in Wednesday’s National League Wild Card Game, when he crushed a two-run triple into the gap in the seventh inning.

Bradley entered the game with a .098 career batting average, so it appeared to be a curious move when manager Torey Lovullo left him in the game to hit, with two men on base. The Diamondbacks were clinging to a 6-5 lead at the time, and hadn’t scored a run since the third inning. Jeff Mathis had just struck out on only four pitches, and with two out, no one really expected Bradley to even get on base.

But Bradley proved everyone wrong, and made Lovullo look like a genius.

Facing a 2-2 count, he crushed a Pat Neshek slider into the gap, and it rolled all the way to the warning track. Both Jake Lamb and Daniel Descalso scored, and Bradley wound up on third for the first triple of his career.

He had a great quote about the clutch hit after the game, too.

"I knew I wasn't as sharp and was going to give up some homers, so I needed a cushion."

Obviously, Bradley was referring to the two solo home runs he gave up in the inning that followed, which cut the lead to 8-7. Bradley did manage to finish the inning, though, and after the Diamondbacks added three insurance runs in the bottom of the eighth, the rest was history, and they’ll now face the Dodgers for Game 1 of the National League Division Series on Friday. It’ll be a daunting task for Arizona, who will face Clayton Kershaw. You can read a great preview for the game from Doc’s Sports Service here.