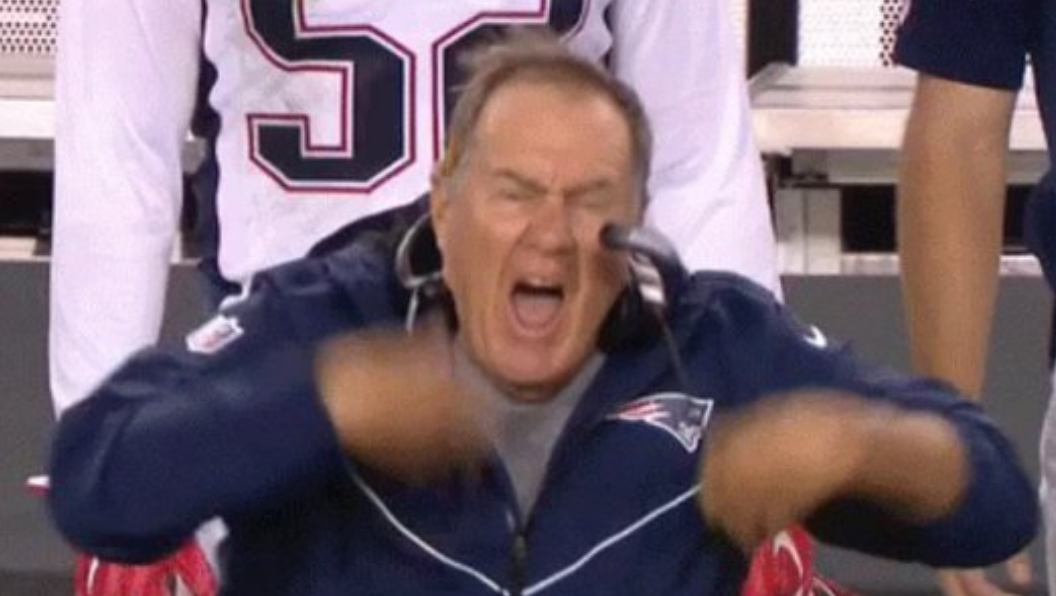 The Patriots, under Bill Belichick, have been one of the smartest teams in football, and they rarely commit mental mistakes or take costly penalties to make things easier on their opponents.

But they did that during Thursday night’s game against the Bucs, and Belichick went nuts on the sideline afterwards.

And Belichick was furious about it on the sideline afterwards. Check out his reaction.

When you're waiting for the RT's to roll in pic.twitter.com/IydnBFv4FF

Nick Folk was then given the opportunity to attempt a 56-yard field goal, which he missed, so the penalties didn’t negatively affect the Patriots. They did, however, have an impact on Twitter, where users had some fun with Belichick’s priceless reaction.

“Can I get a McFlurry, please”
“Sorry, our ice cream machine is brok-“
“HOW?! HOW IS IT ALWAYS BROKEN?!” pic.twitter.com/9vATMp8Ohm

REPORT: Bill Belichick is so pissed off he is beginning to turn into the Incredible Hulk… #NEvsTB pic.twitter.com/R5GGZtXkmj

Bill Belichick reacting to a bonehead penalty should be one of the wonders of the world. Just marvelous.

An improbable sequence of events led to a near-meltdown by Belichick. That was fun.