This Maya Moore shot was so clutch and daggered the Sparks 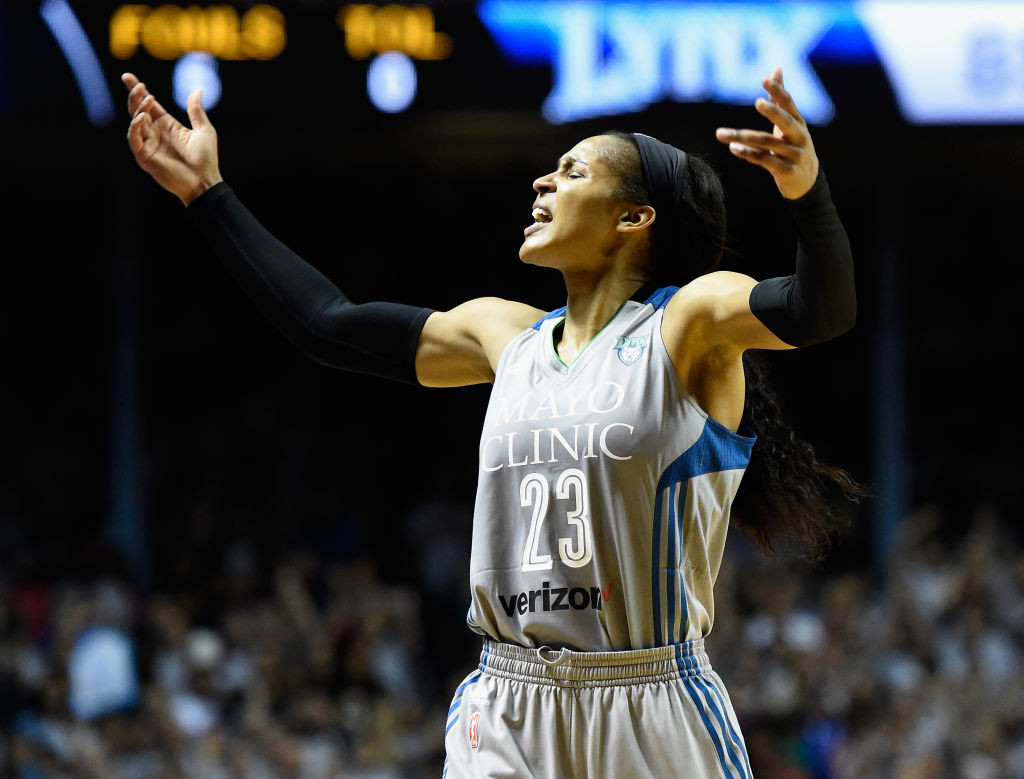 This Maya Moore shot was so clutch and daggered the Sparks

Lynx guard Maya Moore didn’t win Finals MVP this particular year, but she was the team’s unquestioned leader this season, and was the oil that helped power this high-scoring machine.

The Lynx held serve on their home court in Game 5 of the WNBA Finals this year — which didn’t happen last season — and emerged victorious for their fourth title in seven years.

Minnesota held a 12-point lead with just over a minute remaining, but an incredible 9-0 run by the Sparks cut the lead to just three. With roughly 35 seconds remaining, the Lynx smartly put the ball in the hands of their most clutch player, and she delivered. Moore received the ball near midcourt, put the ball on the floor and took off from the foul line to attempt a runner. It was not an easy shot by any means, but she drained it.

What a great shot by a great player. That one sealed the deal, and the Lynx went on to win, 85-76.