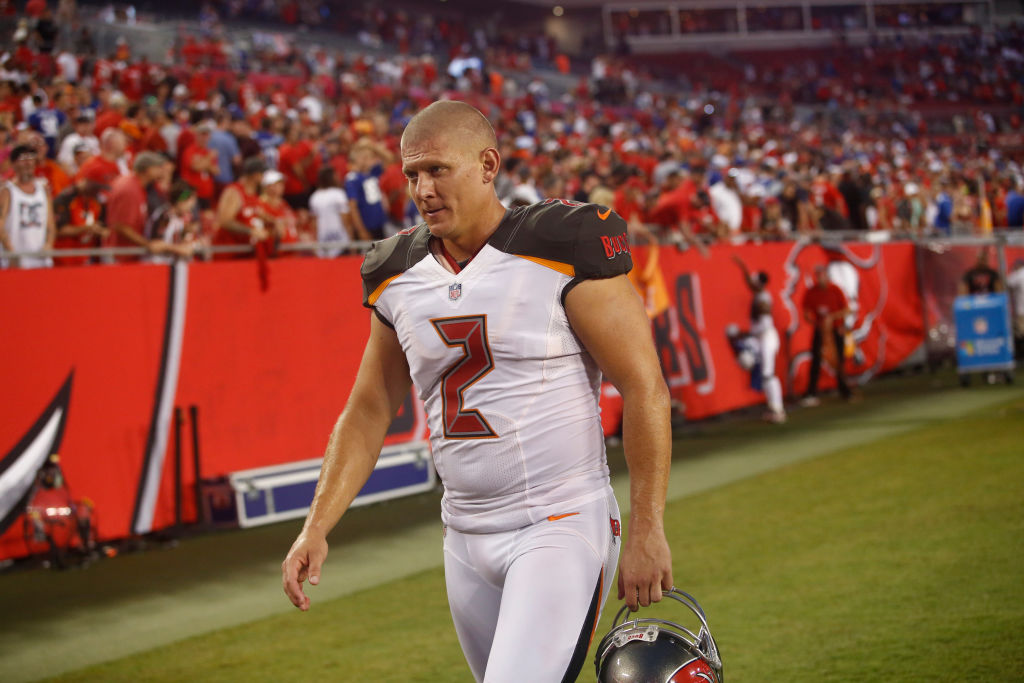 Bucs kicker Nick Folk will most likely be out of a job after his horrendous showing during Thursday night’s game against the Patriots.

Folk missed all three field goals he attempted, and his nightmare 2017 campaign continued. He made only two of four kicks last week against the Giants, and with the Bucs losing Thursday’s game by a five-point margin, his misses loomed large.

Fans were not happy about Folk’s poor performance, and they let him know about it on Twitter.

Just go to the locker room now and have your locker cleaned out by the time the team gets in there…. thank you @nickfolk2

Who's more likely to be out of a job next week: @Kaepernick7 or @nickfolk2 ?#NEvsTB

Well, at least the worst kicker in the #NFL – @nickfolk2 – made an extra point tonight. Congrats, pal!

Don't even come to work tomorrow @nickfolk2 you're fired! #garbage

The memes came rolling in as well.

Looking at Nick Folk trying to make a FG..#TNF pic.twitter.com/5IxQcRGVXk

The Bucs now have extended rest, as they don’t play until the following Sunday, when they take on the Cardinals in Arizona. There’s a very good chance they’ll be on the hunt for a new kicker to replace Folk, as the (2-2) team can’t afford any more costly mistakes.