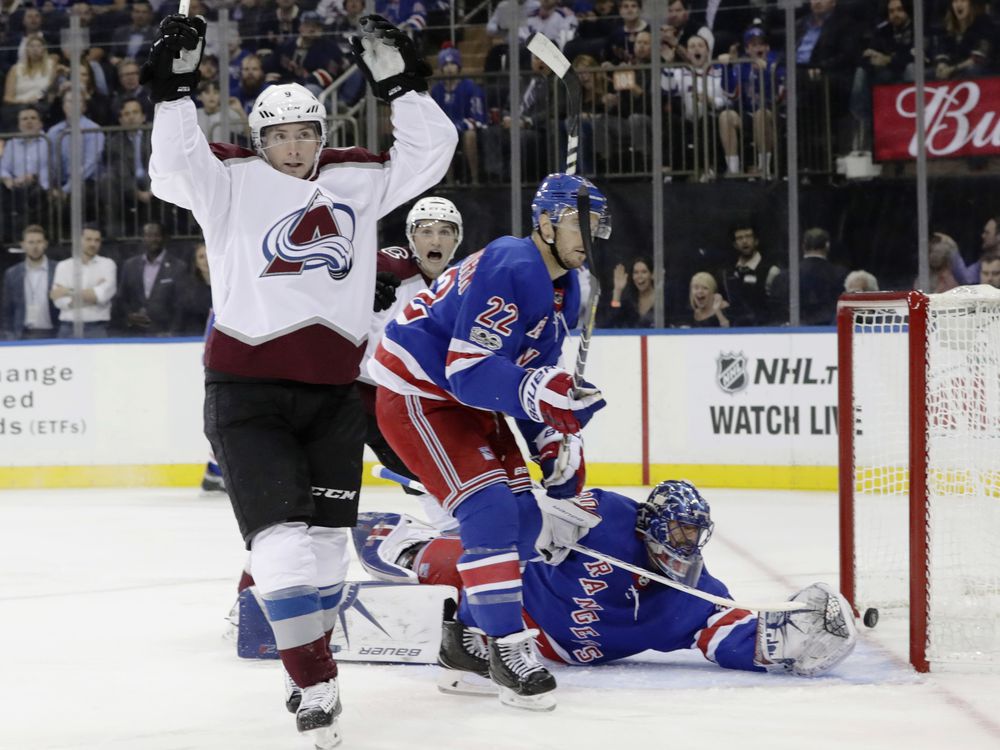 Sometimes you just have to tip your hat to the opposing goaltender and move on. So in recognition of Semyon Varlamov ruining the Rangers opening night with his 37 save performance, let’s all drink a Red Russian.

When the Rangers signed Kevin Shattenkirk, they acquired a player with dynamic offensive ability. However, he’s also someone who can be exposed in the defensive end. Tonight, we witnessed a little of both.

On the Avalanche’s first goal, Shattenkirk was unable to tie up Duchene in front of the net…

Dan Girardi would have totally out-muscled Duchene there.

You could tell there were some nerves from Shatty tonight, but damn that guy has skills and will be fun to watch this season.

One of the big questions this offseason was whether Zibanejad could take the next step in his development by becoming a legitimate #1 center in the NHL. I’d say that’s an affirmative…

It was a shooting gallery for Zibanejad as he finished the game with 8 shots on goal and probably should have had 3-4 goals. Oh yeah, DJ Zbad was also 18-of-24 (75%) in the faceoff circle.

I know many of us old school fans wondered where the Rangers grit and physicality would come from with the departures of players such as Tanner Glass, Dan Girardi and Kevin Klein. While the Blueshirts have dedicated themselves to more of a speed game, they still had a physical presence against the Avs…

While I don’t expect this team to throw down very often, they proved tonight they can throw the body around when necessary.

– While I don’t want to make excuses for the Rangers, you had to figure they might have a slow start as their last preseason game was nine days ago. Unfortunately, it took them 10 minutes to get their feet under them, which really put them behind the eight ball.

– Thankfully, the Avalanche started taking penalties which allowed the Rangers new and improved power play to jump start the team and it was all Blueshirts from that point on.

– That was a bomb from Barrie, but let’s be honest, if the Rangers want to make some noise this season, we need more of this Lundqvist…

And less of the one we got on that Barrie snipe…

– Unfortunately, with all the special team play tonight, Filip Chytil saw his NHL debut reduced to just 7:40 of ice time. If that’s the case in the future, AV might want to find a way to get Chytil on the second power play unit.

– On a related note, any chance Matt Duchene didn’t get on the Avalanche team bus leaving MSG tonight?

– Tanner Glass was playing over Pavel Buchnevich last season. That is all.

– Sure, Shattenkirk feeding Zibanejad for one-time bombs all night will help a power play, but the key for me was the net front presence of Kreider and Nash. Nothing disrupts a goaltender more than havoc in his crease.

– Would I rather the Rangers not lose to the worst team in the NHL? Sure, but there were a lot more positives than negatives tonight, so no need to lose sleep over this one. New York Rangers Hockey is back, be happy!!!! Back at it Saturday night in Toronto.