Bobby Petrino throws Lamar Jackson under the bus after loss 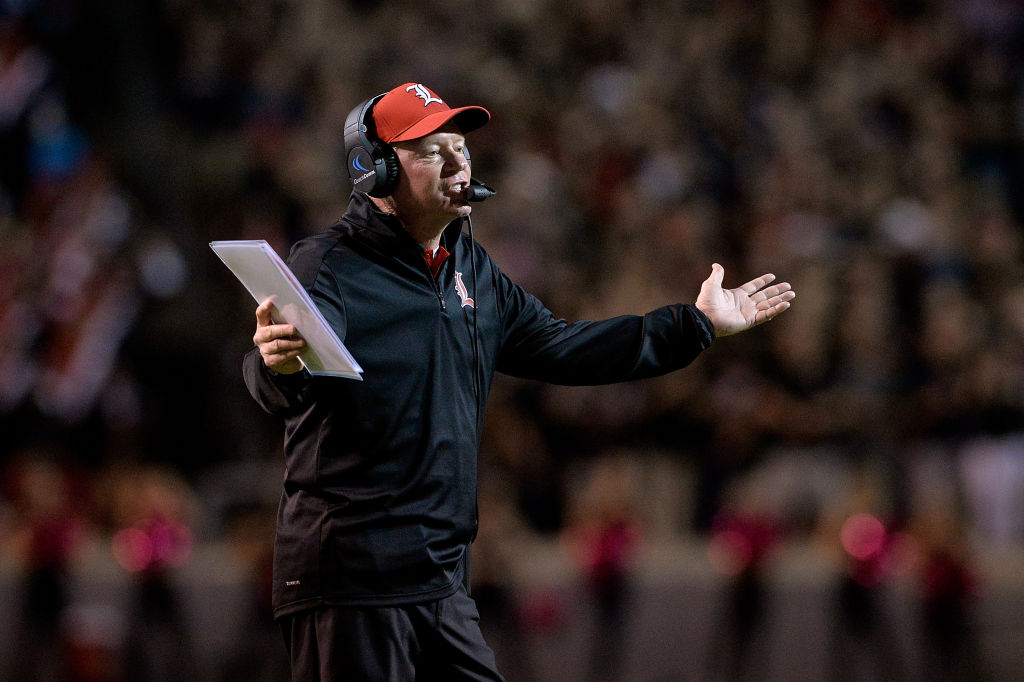 Bobby Petrino throws Lamar Jackson under the bus after loss

The Louisville Cardinals’ hopes of playing in the College Football Playoff took a huge blow on Thursday night following a 39-25 loss against the North Carolina State Wolfpack.

Louisville played from behind during much of the game, and the team was never able to secure a lead at any point in the ACC matchup. Much of that was due to the defense’s ability to get stops — especially in the second half. Heisman Trophy candidate Lamar Jackson and the Cardinals’ offense were only able to possess the football for one drive in the third quarter, as the Wolfpack controlled the time of possession by consistently picking up first downs.

The Cardinals’ defense gave up 520 total yards in the game, which certainly isn’t a recipe for success. Head coach Bobby Petrino, however, seemed to place a lot of the blame for the loss on Jackson.

Late in the fourth quarter, with the Cardinals trailing 32-25, Jackson and the offense went to work, in hopes of tying the game, or better. It didn’t work out that way, though. On the second play of the drive, Jackson forced a throw into coverage. It was tipped and eventually intercepted for the game-sealing pick-six. Jackson’s first turnover of the game proved to be a costly one, and the Cardinals fell to 4-2 shortly thereafter.

Petrino was none too pleased with his quarterback’s play on the final drive, and he let reporters know about it after the game was over.

“We needed to drive down and tie it up,” Petrino said, via David M. Hale of ESPN.com. “Made a bad decision.”

That seems a bit unfair, given that Jackson threw for 354 yards in the game, and rushed for another 73. Petrino should’ve put the blame on his defense, rather than focusing on one particular play by Jackson, which really was the only big mistake he made all game.