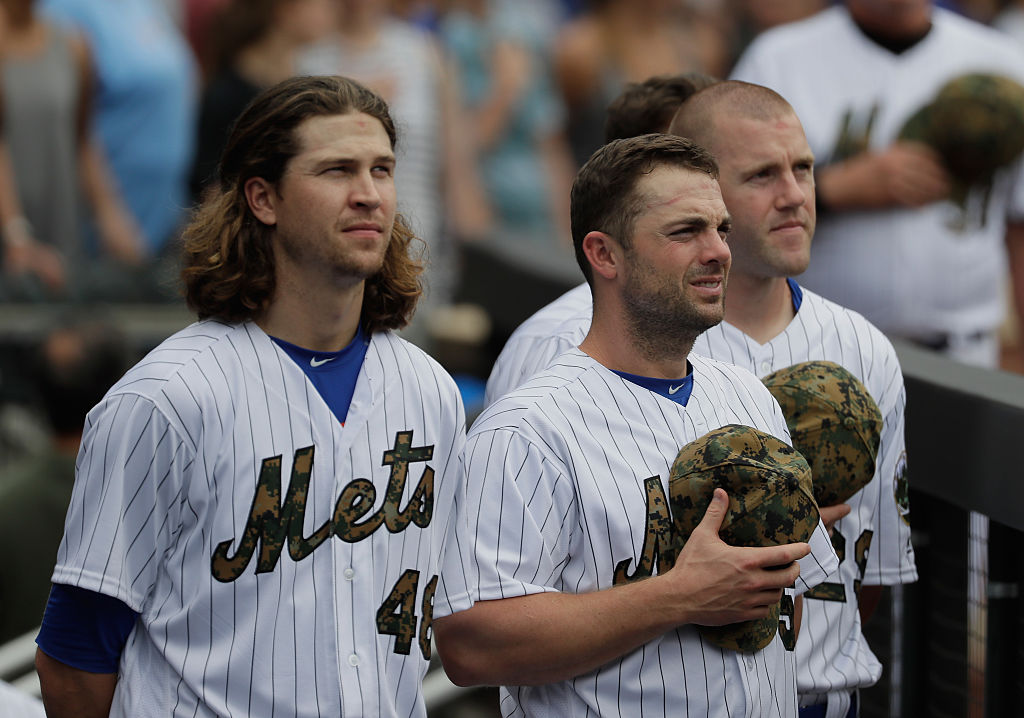 You have to give New York Mets’ third baseman David Wright an A for effort in his quest to come back to the team over the past few years. Wright’s career has come to a crashing halt after being diagnosed with spinal stenosis in 2015, a degenerative back condition that has led to several other issues for the Mets’ captain. A variety of injuries have limited Wright to just 75 regular season games over the past three years, including none this season thanks to a shoulder issue that required rotator cuff surgery. Wright has opted to undergo another procedure, a laminotomy on his lower back, in order to try and get back on the field for good, MetsBlog.com reports.

NEW YORK, NY – MAY 30: Jacob deGrom #48 David Wright #5 and Eric Campbell #29 of the New York Mets look on against the Chicago White Sox during their game at Citi Field on May 30, 2016 in New York City. (Photo by Al Bello/Getty Images)

The surgery is a minimally invasive operation with an eye towards relieving a compressed nerve in the back of the spinal cord. Wright discussed his decision to undergo the procedure in a statement, where he said:

“Through this entire process, I have been driven to get back on the field as quickly as I can. That’s why I had the shoulder surgery and that’s why today I underwent back surgery to reduce the risk of further issues going forward. With these two surgeries behind me, I hope to be able to put on a Mets’ uniform again as soon as possible. My desire to play is as strong as ever.”

This surgery is the third major surgery Wright has undergone in the past 18 months, following rotator cuff surgery in September and a spinal fusion procedure in 2016 to repair his neck. It is great that Wright still wants to play, but the Mets simply cannot count on a player who has missed the equivalent of two and a half seasons of play in three years. The Mets need to give themselves a more regular option at third base than Asdrubal Cabrera or Jose Reyes and worry about where Wright fits if he is healthy in spring training. One option could be a first base platoon with Dominic Smith, who struggled more than anticipated after making his big league debut in August.