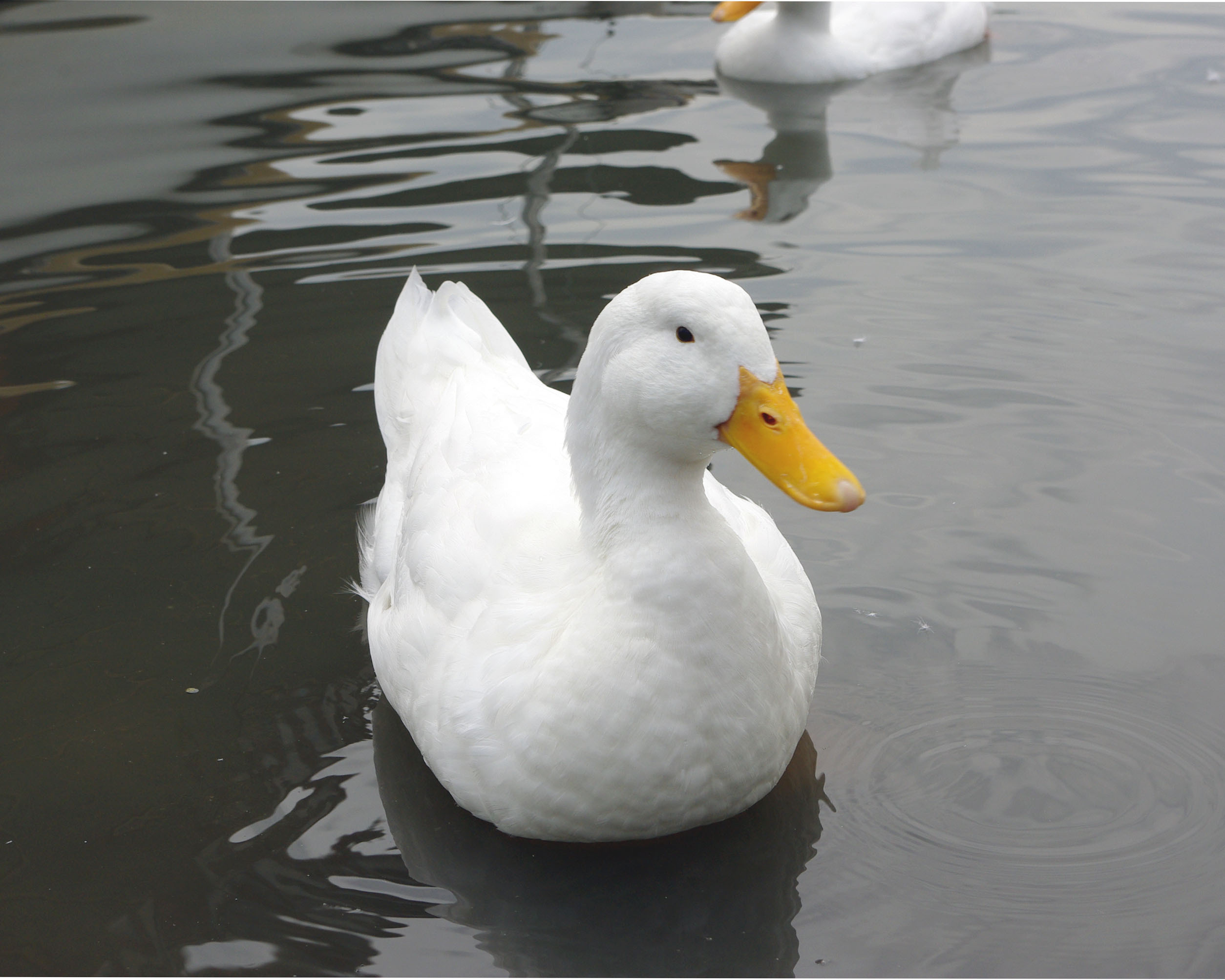 Happy Football Friday to you, Followers.  Hope you are doing great!

Tomorrow, your Washington State Cougars will bring their unique brand of football to the beautiful Willamette Valley, where they will take on the  Oregon Ducks in what is a critical, “season defining” Pac-12 match-up for both teams.  With a win on Saturday, the Ducks would climb into contention for an upper-tier bowl game; while a loss for the Cougars would virtually cripple their ability to keep up with the infidels at the University of Washington.

Of course, last week, the Cougs took down one of the two most formidable teams on their schedule. So frankly, it has come as a bit of a surprise to me that folks both inside and outside of Cougar Nation are gripping about this game.  For instance, not only has Jon Wilner picked the Cougs to face plant this weekend in Eugene, but the ESPN match-up predictor now gives Oregon a 67% chance to win on Saturday—implying that if the game was played 3 times, the Cougs would win (slightly less than) once.

There are three plausible scenarios that could turn this gloomy outlook into a Saturday nightmare for WSU:

Mind you, given my status as periodic catastrophizer, I happen to think that these three scenarios are entirely possible. But instead of thinking that these nightmare scenarios might occur, say,  2 out every 3 times this game is played in Eugene, I’d peg them as happening about 1 in every 3 or 4.

In other words, I think the chances are fairly low (25 to 33%) that the Ducks are going to win this game.

My reasons for this optimism are as follows.

In other words, there is very little reason to believe that the Ducks will be able to hold the Cougs below their season totals on the year.

Moreover, while the #SpeedD has been solid, if not spectacular, all season, the Cougar offense has largely remained a work in progress.  Last week, we saw the #AirRaid take a MAJOR step forward against a defense that may be the best the Cougs face all year (I think UW is better, but that’s still an empirical question).  But more to the point is the fact that the Cougar O-Line and WRs are still developing and gelling.  And so, while some veteran-laden squads might have already reached their peak, this Cougar offense appears to be getting better each week. #Scary

Which leads me to my final point…….

At this point of the season, this Cougar team is notably better than every team it plays between now and November 4th.  Moreover, depending on this weekend’s results, it may be better than every team it plays until November 25th. And while it is always possible to see teams lose to lesser foes (we see it happen every year, if not week), this group of Cougar players have been pretty darn good since the CAL game in 2015 of not losing conference games against lesser foes.  And honestly, I don’t see how anyone can view a Herbert-less Oregon team as an equal to WSU on either side of the ball, even if the game is played in crazy confines of Autzen.

And to that point, the only thing that I think stands right now between the Cougs and a 9-0 record is the injury bug.  So, as long as this team stays healthy…….. Will Luke Falk Throw for More Than 400 Yards?  Answer:  YES.  How does 414 sound to the Cougar faithful?

Will WSU Score more than 35 Points?  See Below

Will WSU be +1 or Better in Turnover Margin?  With a young quarterback starting his first game, I think it will be +1 for the Cougs. But if its +2 or better, we’ll blow them out. ( -1 makes the game a coinflip, -2 and we lose..)

Last week, I said that I thought the USC game was going to play out like the CAL game in 2015—close but no cigar. I made that prediction because  I hadn’t seen enough from us offensively to think that we could put together a complete game, and I figured 35 points was needed to win (though, I did note that 30 might). And while we were FAR from perfect, we certainly showed that we are ready to bring it against an elite opponent on the national stage.

And for this game?

Well, for most of the week, I have viewed this game as the 2017 analogue to  last year’s game against Arizona State.  It has a similar feel—an athletic team (2016 ASU, 2017 Oregon) with a second/third string QB jumps out to an early first quarter lead, we close the gap close to halftime, gain some separation, and then hang on at the end.

Ultimately, I think that Oregon will score on two explosive plays tomorrow of 30+ yards and I think they will probably sustain a couple more long drives for points.  That’s between 20 to 28 points if the Cougs stay clean (no turnovers) on offense.  And if they don’t stay clean, then add 7 points to Oregon’s final total (range 35 to 27).

Regarding the offense, well, I think it was pretty clear that the Cougs should have scored 35 points last week against a USC Defense that is MUCH better and more talented than Oregon’s.  So, if this group is good for around 35 against a team like USC, then it’s probably good for about 35 against a Duck defense that has given up slightly more than the opposing team’s average.

Ultimately, I think the good weather (light wind, no rain) will keep the game clean on our side, while I think that the young Oregon QB will make a couple of turnovers that will create short fields. And as we have seen many times over the years when we’ve faced top competition, you can’t give a Top15 team the ball on a short field and expect to win.

And since we’re a legit Top 15 team now, let’s call it 35-27 Cougs in a game that will not feel especially close by the time that the game clock strikes 0:00.

Stanford 35 Utah 17.  Utah’s record  after a bye week is stunning under Coach Whitt, so it would NOT surprise me if they rose up and nipped the Trees.  That said, Utah has been underwhelming so far this season—even when their new starting QB was healthy. And while Williams has big game experience, here’s to thinking that Stanford is quickly becoming the Tour De Force that several national folks (e.g., Desmond Howard) thought they would be prior to the season.  Don’t look now, but Stanford could still win the North.

USC 55 Oregon State 10.  By all accounts, USC has had the best set of practices they have all year this week.  So, if they can heal up and can get past a good Notre Dame team in South Bend, they are going to be 11-1 and rested headed to that Pac-12 Championship game. LOOK OUT!

Arizona 31 Colorado 30.  I still think that Colorado has 9-3/8-4 type talent but last week was a game that they absolutely HAD to win and not only did they fall short, they failed to move the ball against one of the conference’s worst/most struggling defenses.  Meanwhile, Arizona is rested and so if Dawkins can just take care of the ball…….

Washington 41 CAL 13.  CAL is now 2 games into their four game gauntlet against USC, Oregon, and the Washington Schools.  A lot will be made about our short week following a tough roadie, but CAL will be coming off TWO roadies—the latter of which is the late game in the conference. And while I happen to think that the Huskies will be sleeping walking until November, I expect the Bears to get a solid POUNDING by the Dawgs in the second half on Saturday night, resulting in some bruised Bears heading into next Friday night’s clash against the Cougs.

TCU 51  West Virginia 17.  TCU is really good—potentially playoff good—and WVU falls somewhere in the #30-40 range for me.  This one will get ugly early.

That’s all the time I have for today.  Enjoy the game as well as this season, folks. If you’ve been around the block a few times like I have, you know that these seasons don’t come around very often. And when they do, there’s never a guarantee that they will ever come around again.