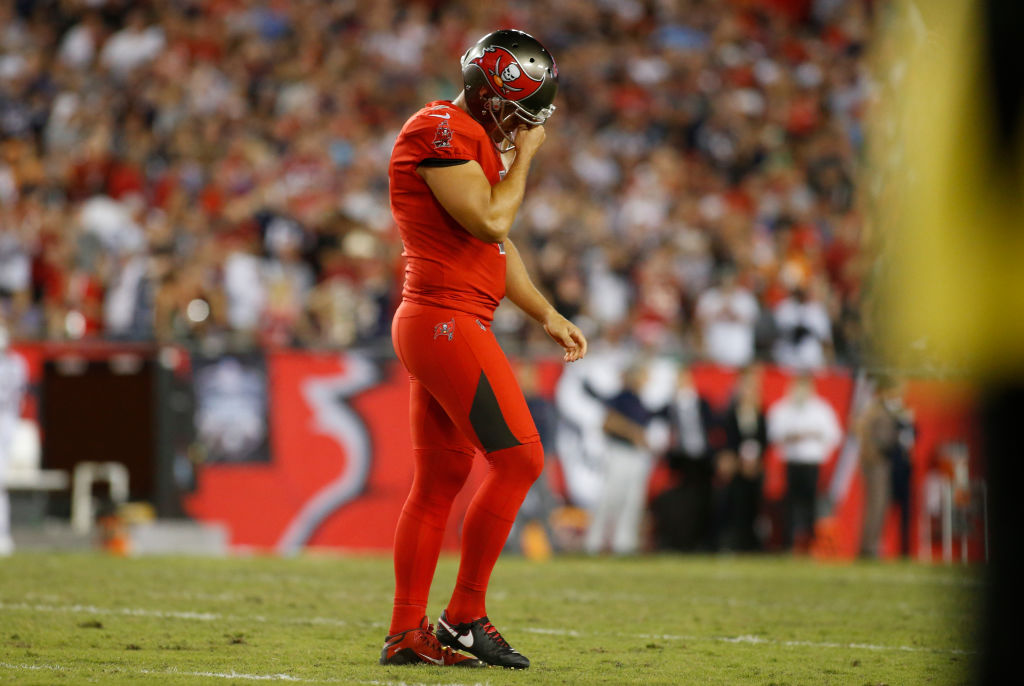 Bucs kicker Nick Folk was presented with the opportunity to be a hero in Thursday night’s game against the Patriots, but he ended up being the goat.

Folk failed to successfully make a field goal in the game — going 0-for-3 — and may wind up as a free agent in the near future as a result. The Bucs ended up losing, 19-14, so a lot of the blame from analysts and fans alike was placed on Folk.

The Bucs’ offense did have issues on third down, as they converted on only four of 13 opportunities. Jameis Winston and Co. did produce some big plays in the game, though, and they racked up 26 first downs. That should’ve been enough to emerge victorious, especially with the defense playing well and generating pressure on Tom Brady — who threw his first regular-season interception on the road since 2015 — throughout the game.

Folk held himself accountable after the game, and told reporters he was responsible for the loss.

Video: Bucs kicker Nick Folk talks about missing three field goals in loss to Patriots: “We should have won the game. … This one’s on me.” pic.twitter.com/IL4mQJ7rnn

Props to Folk for owning up to his poor performance. It’s tough being a kicker in the NFL, and we do feel for Folk — especially for how he got roasted on Twitter afterward. But in a 16-game regular season, every play counts, and Folk’s gaffes will likely end up costing him his job.

As for the Patriots, they’ll be doing some scoreboard watching this weekend, hoping the Bills will lose to the Bengals so they can be tied for the division lead. You can read a preview for that game from Doc’s Sports Service here.