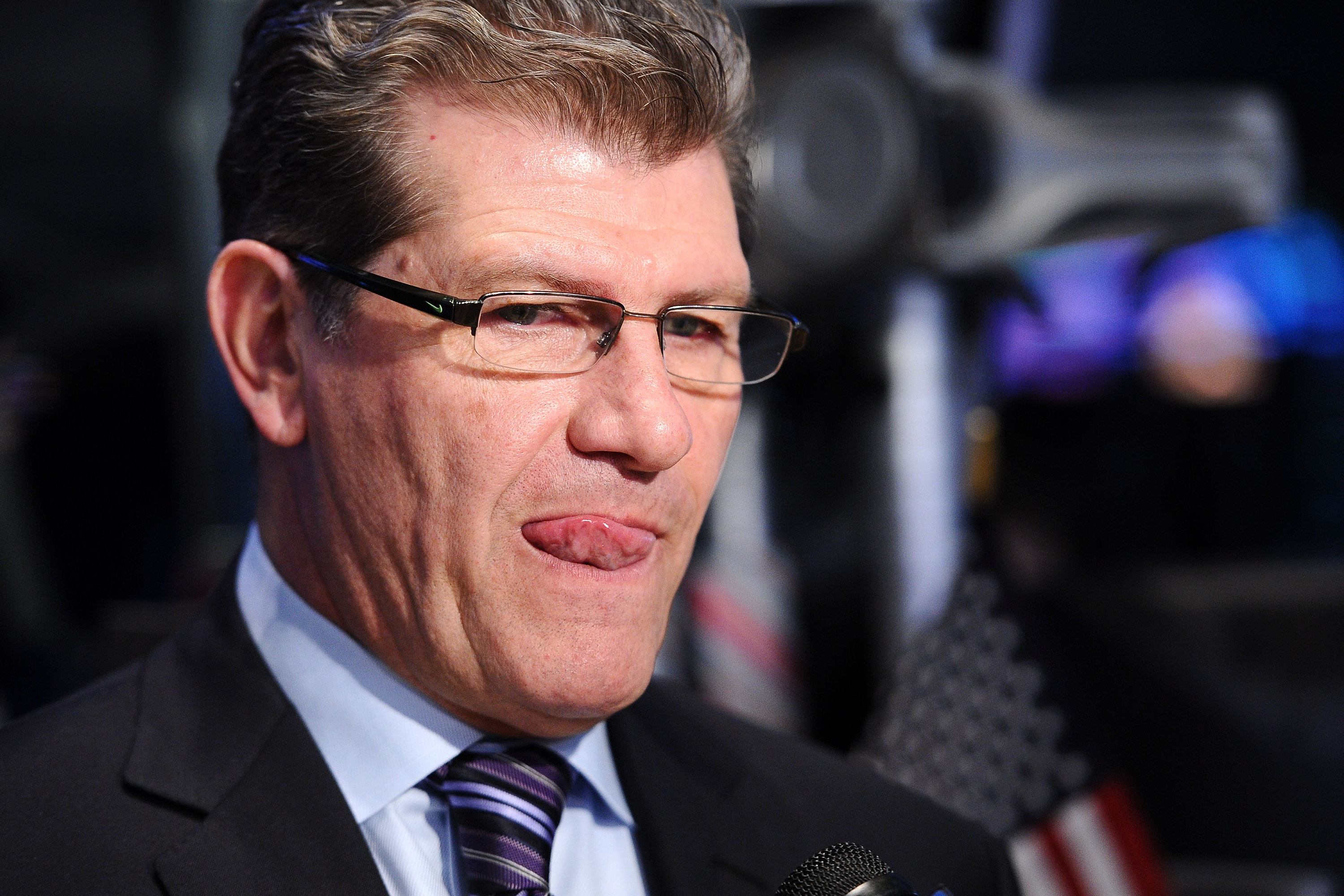 Brett Gardner flies out to left fielder Austin Jackson to begin the game against Corey Kluber who has dominated the Yankees this season. Aaron Judge fresh off a four strikeout game last night draws a walk and becomes the first baserunner this evening. Gary Sanchez clubs a two run bomb to center and the Yankees have scored gotten on the scoreboard and take the lead for the first time this series. Didi Gregorius goes down swinging for the second out of the inning. Kluber has been quite shaky with his command so far early in the ballgame, but plenty of time to settle in and reverse his fortunes especially with an offense as good as his to work with. Starlin Castro hits a double in the gap and New York hopes to add to the lead early with Kluber already thrown twenty seven pitches. Greg Bird hits a ground ball to Jose Ramirez who misplays the ball in his glove, and Bird reaches on a error giving the Yankees runners at the corners. Aaron Hicks is finally retired via strikeout as Kluber has missed his spots so far but only a half inning has gone by.

Frankie Lindor leads the home half reaching on a fielding error by third baseman Todd Frazier as C.C. Sabathia is on the mound for New York. Jason Kipnis flies out to center field for the first out with Jose Ramirez due up next. He gets walked and Edwin Encarnacion gets hit by a pitch loading the bases for the Indians still with only a single out as they look to break the game wide open. Carlos Santana bats for the first time today, and singles on a line drive to left scoring two runs and just like that we have a tie game in the first inning. Jay Bruce lines out to short and doubles Edwin off second base, but in an effort to get back to the bag he appears to have twisted his ankle and is unable to walk off the field which is a huge blow to this offense.

Jacoby Ellsbury who had the day off yesterday is up first for the Yankees. He goes down swinging as Kluber hopes to throw a shutdown inning still early in the contest. Todd Frazier just flicks a soft pop fly just over Lindor’s glove and it should be scored a base hit and not an error. Gardner has the same result as the first inning as he flies out to Jackson again as Judge steps up to the plate. Catcher Yan Gomes throws out Frazier attempting to steal second base and the side is retired.

AJax hits a line drive base hit up the middle of the infield to get the Indians in business again against Sabathia. Frazier commits another error, second of the game with the Tribe looking to take the lead. Giovanny Urshela sacrifice bunts advancing the runners to second and third with one out. CC intentionally walks Lindor loading up the bases again for Kipnis to attempt to break the game open again. He would  single to left and they take a 3-2 lead with the bases still juiced. JRam pops out in foul territory and the Yanks are an out away from major trouble here in the second. Michael Brantley replaces the injured Encarnacion with two outs and strikes out on three pitches to end the frame.

#99 is the fourth strikeout victim for Kluber as Sanchez who had the homer earlier in the game is up next. He rips a base hit off the end of the bat and is now 2-2 so far in the ballgame. Didi hits a grounder to first, although it is bobbled by by Slamtana in time to get at least one out but Sanchez moves into scoring position with two outs. Castro continues to rake in the ALDS ripping a game tying base hit as we draw even at 3-3. Bird hits a screamer of a single to right field, the bullpen for the Tribe is starting to stir with Tyler Olson warming up. Aaron Hicks hits a home run to right field as Bruce just watches it leave the ballpark and the Yankees retake the lead 6-3. This is a season high six earned runs for Klubot as his outing ends not as quickly as he likely wanted it to. Jacoby grounds out weakly to first base to end the half inning.

Santana grounds out softly to shortstop Gregorius for the first out of the frame. JB flies out deep to the warning track as it falls just short and into Judge’s glove for the quick second out. Jackson is called out on a questionable strike three in a 1-2-3 inning for Sabathia.

Two straight ground outs open the inning and Mike Clevinger is called upon to relieve Olson after a shutdown inning of work for him. Aaron Judge walks as he seemingly does quite often as of late, but Sanchez finally records an out as he goes down swinging as the score remains 6-3.

CC continues to mow down the Tribe batters as he gets two consecutive Ks and Lindor grounds out to second baseman Castro and just like that the inning is already over in simple fashion. That will likely mark the end of his start as the Yankees have a fully rested bullpen to go the rest of the way and preserve the Yankee lead.

Greg Bird extends the Yankee lead on a one out homer and the score becomes 8-3 with Bryan Shaw in to relieve Clevinger to face Hicks and Ellsbury who are both retired to end the top half of the inning.

Kipnis becomes Sabathia’s fifth strikeout victim in consecutive innings and both Ramirez and Brantley ground out to the middle infield as Sabathia has cruised so far in the game as the game is starting to become out of hand even for the Indians explosive offense.

Todd Frazier singles to lead off the top of the frame, but gets quickly erased as Gardy grounds into a twin killing and then Judge who has yet to get a hit in the series grounds out to the shortstop and a rare quick inning for Shaw.

Santana begins with a leadoff walk in the bottom of the sixth, and Jay Bruce who was so hot in last night’s game lines out for the second time tonight to Gregorius, the first time being the double play that put EE out of the game. Chad Green comes on in relief of Sabathia and faces AJax who flies out to Judge still with a man on first and two outs. Yan Gomes doubles to Gardner and the Tribe are now threatening as Urshela bats to chip away at the lead. Instead, Lonnie Chisenhall comes in as a pinch hitter and gets hit by a pitch to load the bases for the top of the lineup to do some sort of damage in the later innings. That was a questionable hit by pitch as the ball appears to have hit the bat meaning it was a foul tip, but Joe Girardi does not challenge it and it proves to be a gigantic costly play as Frankie hits a grand slam just bouncing off the pole in right field and we have a new ballgame as the score is now 8-7.

The Yankees are retired in quick order as the balls that were put into play could not get any further than the left side of the infield which is a huge shutdown inning for Bryan Shaw. David Robertson pitches the bottom half of the frame and strikes out both Ramirez and Brantley for his third strikeout since appearing in the game. No hits for either club as we approach the eighth inning of play still 8-7.

Greg Bird lines out to defensive replacement Erik Gonzalez at third base for the first out of the inning. Aaron Hicks steps into the batters box next, and hits a deep fly out to Jay Bruce and there are already two away for Chase Headley who replaces Ellsbury in the lineup, who has yet to crack the hit column in the series. He goes first pitch swinging and grounds out weakly again to third and we head to the home half of the eighth. The Tribe are six outs away from a tie series, heading back to the Bronx on Sunday night but with only a run separating them, it is still anyone’s to win at this particular moment.

Jay Bruce ties the ballgame via long ball as the Tribe storm all the way back from being down by five runs to knot the game at eight apiece. Progressive Field has become extremely loud again and rightfully so, as they attempt to take a two games to none series lead.

The Toddfather rips a base hit to begin the last inning of the game and advances into scoring position as Gardner sac bunts and there is one man gone. Judge grounds out moving him to third base as Sanchez looks to provide the lead  for New York in the ninth. He strikes out swinging as the Tribe look to walk it off against Aroldis Chapman.

Nothing doing for either team as we head to extras in the bottom of the eleventh inning still tied up at eight for both teams with the top of the batting order due up for the Tribe as the walkoff hopes commence yet again.  The ballgame finally ends on a Yan Gomes walkoff RBI single in the bottom half of the thirteenth inning as they head to New York with a two game advantage.

Hit the pivotal grand slam that got the Indians within one as the Yankees bullpen imploded all coming from a missed challenge by Yankee skipper Joe Girardi. 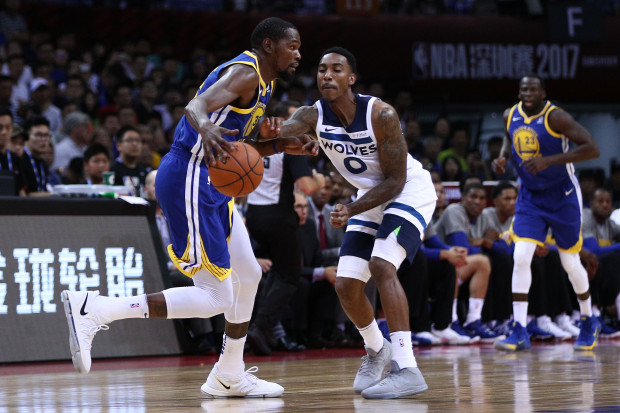 Dear Timberwolves fans, I love Timberwolves topics on Twitter. I wish I could be more involved—I have a lot going on in my life and,...