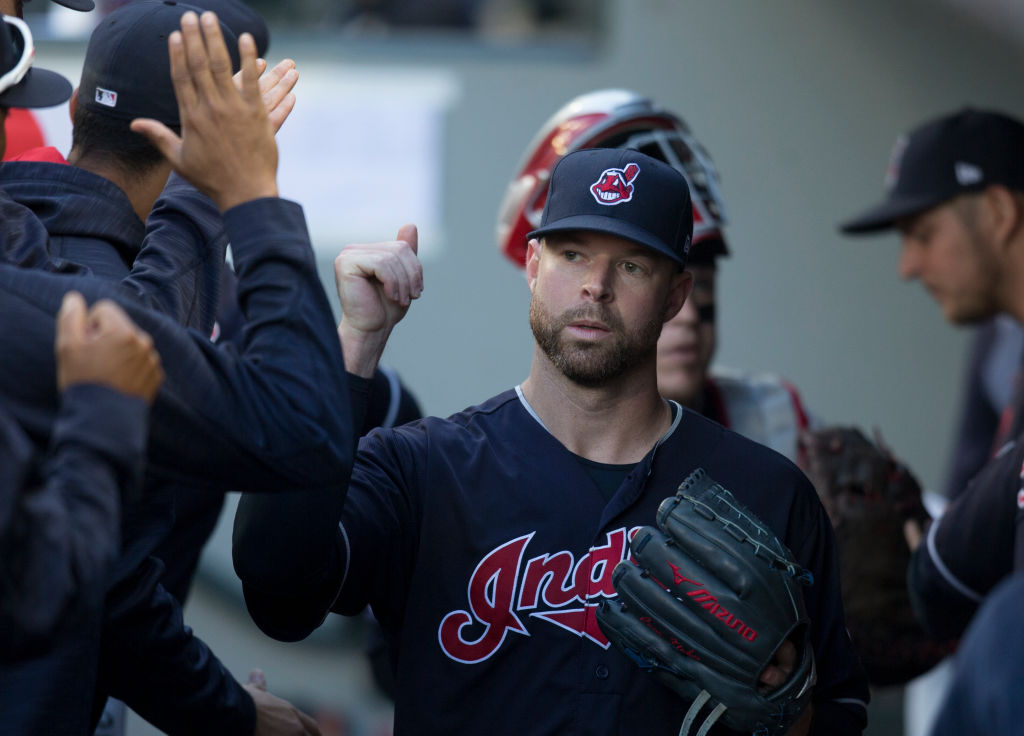 The time is nigh to present the 2017 Burning River Baseball Awards. These awards are voted on by the staff of BurningRiverBaseball.com, this season meaning myself Joseph Coblitz, Justin Lada, Caitlin Boron, Pete Conti and John Hutchison. The awards reward members of the Cleveland Indians for their excellence in the current season based on certain criteria. The breakdown of votes is located at the bottom of the article.

“The Lee Award” for Most Improved Player – Mike Clevinger

Always at least slightly controversial as the meaning of most improved could mean the greatest increase in production overall, the biggest jump for a young player or the best return from an injury. With this in mind, Austin Jackson and Trevor Bauer received votes and Michael Brantley certainly deserved consideration. In the end, however, with a jump in fWAR of nearly two full wins and about 70 more innings than in his rookie season, Clevinger was deemed to have made the biggest move from 2016.

“The Super Joe” Rookie of the Year Award – Bradley Zimmer

Officially, this award was between Yandy Diaz, Nick Goody and Zimmer as the only rookies who played a significant amount of time for Cleveland and the decision was unanimous. While he didn’t blow anyone away offensively, he was great on the bases (18 steals, 1 cs) and even better in the field. This was an automatic pick with no offense meant to Goody or Diaz.

Miller won this award in 2016 in a split decision after playing just August and September in Cleveland, so it probably should have been expected that he’d run away with it this year. Despite missing time with injury, Miller lead all Indians relievers in fWAR, FIP, ERA, K/9, total K’s, holds and mustache length. This was another unanimous decision.

“The Big O” for Most Outstanding Defender – Bradley Zimmer

While Lindor lead the team in defensive runs saved, he wasn’t as good with the glove as he was last year and the team defense was rather lackluster early in the year when he was the only standout defender. It wasn’t until the Zimmer was called up that things turned around in the outfield defensively and Zimmer ended up leading the team in UZR/150 and would have likely outpaced Lindor in DRS and total UZR had he played more often (he had less than half the innings in the field compared to Lindor). Nobody was as good on the routine plays (he didn’t commit an error and had 8 assists) or had as many spectacular ones as Zimmer (he made 23% of remote possibility plays which are generally made less than 10% of the time).

“The Golden Belle” for Most Outstanding Hitter – Jose Ramirez

Ramirez took home the MVP last year for his combined hitting, fielding and base running, but couldn’t get past Carlos Santana to be called the Indians best hitter. This year, there was little question as only one voter dissented to Ramirez taking home the gold. His 56 doubles are the most for the Indians since 1926 and his 29 home runs were third on the team. He also lead the team in average (if you like that type of thing) and slugging percent.

For the fourth season in a row, the Indians ace has taken home top pitcher on the team. This may seem obvious, but he did have some competition this year with a great season from Carlos Carrasco and solid years from Trevor Bauer and Mike Clevinger. Even so, Kluber was not just the best pitcher on the Indians, but arguably the best in baseball, leading all AL pitchers with a 2.25 ERA in over 200 innings despite missing a month on the DL.

In the end, the overall team MVP came down to Kluber and Ramirez for the second season in a row. Using the most fair stat to compare pitchers to hitters, Kluber had a 7.3 WAR to Ramirez’s 6.6, both leading the Indians on their side of the ball. The voting reflected this as Kluber swept the field for his second Rose Award on the strength of 265 strike outs.