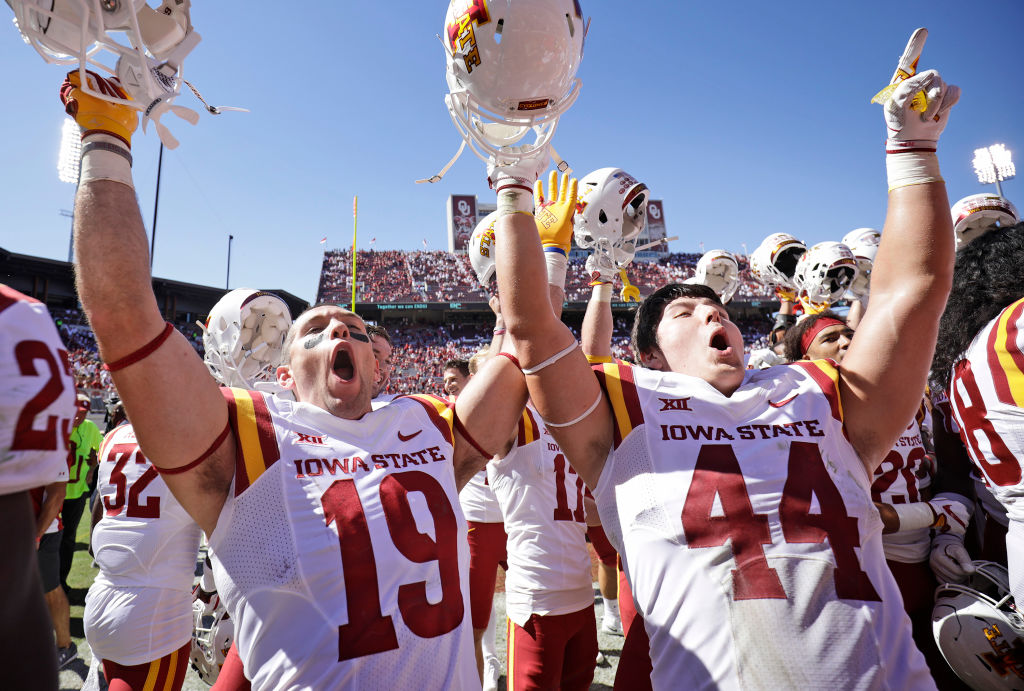 No one expected the Iowa State Cyclones to go into Gaylord Family Oklahoma Memorial Stadium and upset the Oklahoma Sooners on Saturday. After all, they were 31-point underdogs, and Oklahoma had been dismantling everyone they had faced up to that point.

Oklahoma took an 11-point lead into the half, but Iowa State took the lead for the first time early in the fourth quarter. A 25-yard touchdown pass put them ahead, 38-31, with roughly two minutes remaining, and a turnover on downs later sealed the game.

Speaking of that particular play, which ended when a Baker Mayfield pass fell incomplete, an Iowa State defender was overheard taunting the Sooners quarterback as it ended. We all remember when Mayfield asked a few of Baylor’s players “Who’s your daddy?” Well, a Cyclones defender flipped the script and asked Mayfield the same thing after the game-sealing play was over, which a hot mic picked up.

“Who’s your daddy?” the Cyclones player could be heard saying.

Cyclones hit Baker with his 'who's your daddy' that's so cold and I love it. pic.twitter.com/TAcv5J7y9d

Mayfield had a solid performance in the game, completing 24 of 33 passes for 306 yards (two touchdowns, 0 interceptions). Unfortunately, Oklahoma’s porous secondary ultimately did them in.