Isles Insights: Not an Ideal Start in 5-0 Shutout loss to Columbus 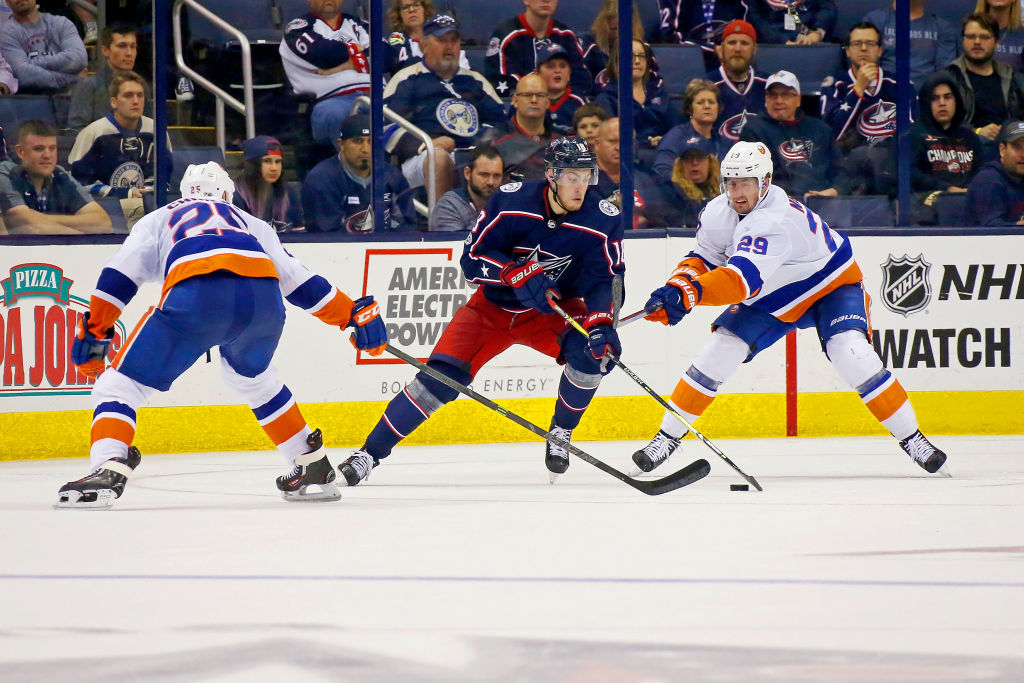 Isles Insights: Not an Ideal Start in 5-0 Shutout loss to Columbus

The Islanders started the year in the loss column. Five goals from five different Columbus Blue Jackets players, including Long Island native Sonny Milano, as the Islanders were shutout in the first game of the season.

Milano scored 1:07 into the game and the game devolved from there. Cam Atkinson gave Columbus a 2-0 lead at 11:02 of the first. Things got worse in the second period after Ryan Murray scored to make it 3-0. Zach Werenski scored the Blue Jackets fourth goal of the game in the second and Pierre-Luc Dubois rounded out the scoring at 11:50 of the second period.

The Islanders open the home half of their schedule tonight at Barclays Center.

1.  There weren’t many highlights from this game, but Jaroslav Halak may have been the lone bright spot from an otherwise forgettable game. Halak made 11 saves when he came into the game in the middle of the second period. He made a number of sharp stops, including on a flurry of Columbus chances after Halak took over in net. Like I said, it was one of the only bright spots from the game.

2.  There will likely be a barrage of negative comments about how Thomas Greiss played last night. five goals on 26 shots isn’t great, but Greiss kept the Islanders in the game for as long as he could. What didn’t help his cause was the sloppy play by the players in front of him. Turnovers, miscommunication and a slow transition from offense back to defense cost the Islanders throughout the night.

3.  “Our ‘D’ were so active in the preseason, cutting down the walls, making plays in the offensive zone — I don’t remember us doing that once tonight. And they were moving all over the place.” — Doug Weight to Newsday

4. Not to beat up on one player after one game in an 82 game season, but Calvin de Haan did not have a great start to the season last night. The Islanders’ defenseman played a hand in both of the first two goals against last night — missing a pass from Greiss in the Islanders’ zone and turning over the puck in the defensive zone that led to the second goal.

5. “They got the first two and we got away from our game and doing what we do well, grinding teams out and trying to make too many plays to get back into the game, and obviously that created too many odd-man rushes for them.” — Thomas Greiss to NHL.com

6. The Islanders weren’t devoid of opportunities to get on the board, but the Blue Jackets were quick to break up anything that came their way.  Columbus blocked 18 shots and was able to get their sticks in passing lanes to keep the Islanders from really generating a true scoring chance. The closest the Islanders came was when John  Tavares rung a shot off the iron in the second period.