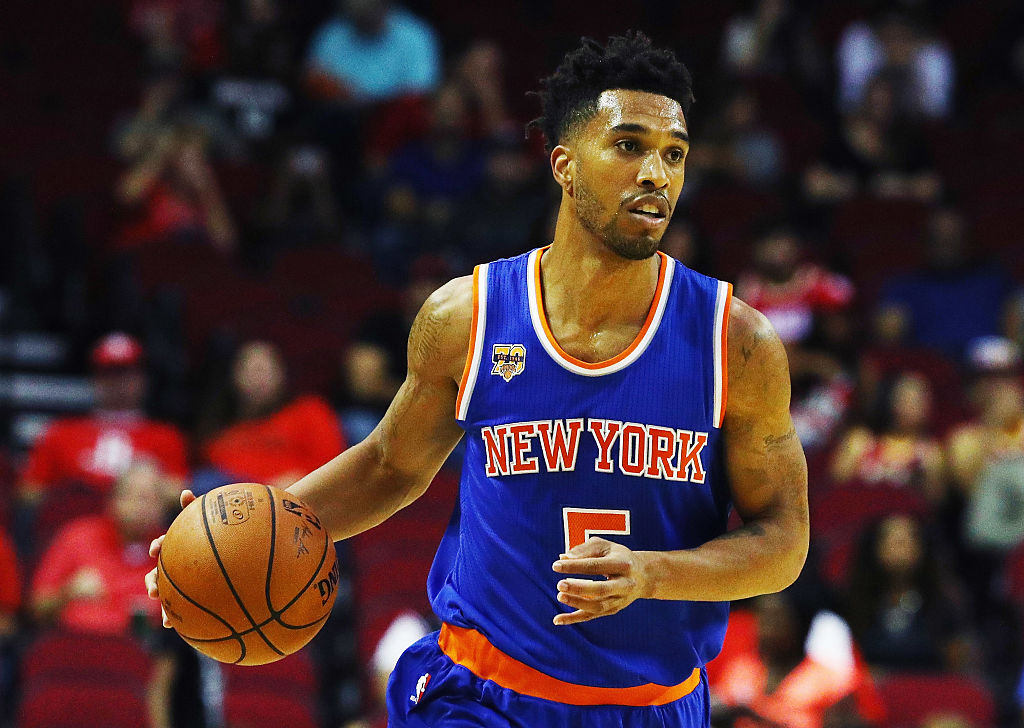 Another game, another defensive struggle. In their second preseason game (and loss), the Knicks allowed the Wizards to run them off the court by game’s end. Offensively, New York is attempting to establish a more uptempo style. Neither team put forth much of an effort to get defensive stops and slow their opponent down. Unfortunately, whereas the Knicks are just beginning to push the pace more, Washington is a seasoned and experienced squad in what they do.

The Wizards’ run and gun style was carried out with high octane intensity and precision passing. The Knicks can’t say the same about their respective effort just yet, and that gave way to a 104-100 defeat. New York committed an appalling 28 turnovers, with some of the younger players (namely Tim Hardaway Jr. and Enes Kanter) making poor decisions with eyes on the basket before they caught respective passes and an overall careless demeanor with the basketball. The pair combined for ten turnovers and their struggles surely led to a choppy offensive flow.

From Hardaway Jr. and Kanter, to the likes of Doug McDermott, Willy Hernangomez, and even Kristaps Porzingis and Frank Ntilikina, it’s clearly going to take time for these up and coming players to mature, develop, and begin making better decisions. There’s going to be a learning curve and the Knicks (and the fan base) will need to exercise patience. While that’s understandable, it’s going to shed light on some very ugly basketball along the way.

This is why it’s imperative to maintain a veteran presence on this team, in order to balance things out and guide others along. Luckily enough, the Knicks’ front office recognizes this need. Though the team played sloppy basketball in Washington, veterans Courtney Lee, Ramon Sessions, and Joakim Noah all did some very positive things.

Hitting four daggers from deep (three in the first quarter alone), it’s very clear that Courtney Lee continues to be a very underrated catch and shoot player. He’s a valuable weapon from downtown. The Knicks can push the pace all they want, but if they don’t have conversion at the end of each possession, such an effort is useless. Lee represents a high-percentage conversion piece. He runs the floor well, picks his spots, and can shoot in traffic. To ensure a more competitive culture, Lee should be placed in the starting five this season, either at small forward or even ahead of Hardaway Jr.

The younger players on this team need to remain patient and wait for the ball, because Sessions is definitely a guy who can find them. He’s a very good passer with solid choreographing vision. More important than his 9 points was his 5 assist to 1 turnover ratio. Even with the team looking rather overzealous, Sessions still attempted to instill a calmness when he took the floor.

Much like Sessions provided the Knicks with something they desperately needed, so did Joakim Noah. The big man’s obviously had a rough go of it during his tenure with the team and absolutely deserves every last bit of criticism coming his way. But for one night, in a rather limited role, Noah did admittedly play well. His mere presence on the court alone caused Washington to slow down. He had good positioning and placement defensively, limiting spacing and narrowing passing lanes. He crashed the glass for 5 boards and had 1 of New York’s only 3 blocks for the game. He looked energized. Though he’ll have to sit out the first twelve games of the regular season due to suspension, the minutes will be there for Noah if he provides a similar boost upon returning. The team certainly has a log-jam in the front court, but no one exactly does what he does.

These new-look Knicks have tremendous promise, but there are gaping holes and potentially troubling times ahead. Regardless of if there’s a push toward winning games or not, veterans will need to take on meaningful minutes to pace this squad and show the prospects the right way to play.