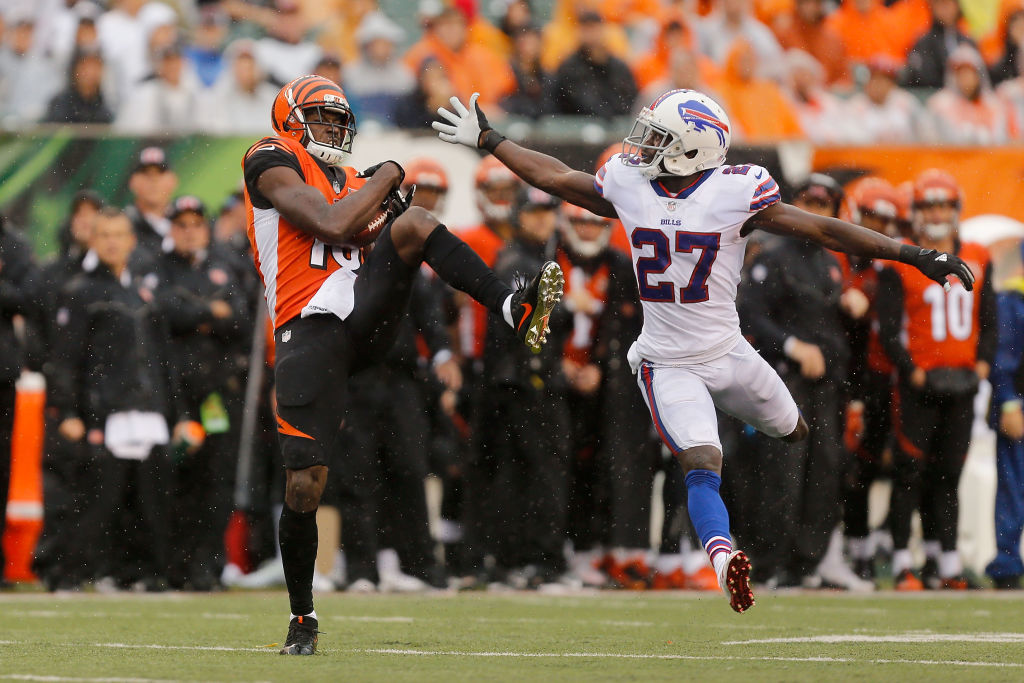 Bengals receiver A.J. Green turned in a performance in Sunday’s win over the Bills that looked good in the box score, but nearly cost his team the victory.

Green caught seven passes for 189 yards (one touchdown), but he also accounted for three costly turnovers, which is very uncharacteristic for him. Green lost one fumble, and also had two passes go off his hands — both of which led to interceptions.

The Bengals star receiver held himself accountable for the turnovers, and praised his teammates for picking up the slack to emerge victorious.

“I had three turnovers, but the defense bailed us out,” Green said, via Geoff Hobson of Bengals.com. “Andy bailed me out. Joe [Mixon] and T.K. [Tyler Kroft] making runs and catches in this type of weather, they ended up saving my butt today. The whole team saved my butt today.”

Green then spoke about how he rebounded by producing a big play following his third turnover. He hauled in a 47-yard pass on the final play of the third quarter to help set teammate Joe Mixon up for the game-winning touchdown.

Being responsible for three turnovers is bad, but we’ll score this one as even, given that Green did rack up 189 yards against a stout Bills defense. The fact that he did not shy away from discussing the turnovers speaks to the type of player he is, and how he holds himself to such a high standard every time he steps foot on the field.