Ben Roethlisberger admits 'Maybe I don't have it anymore' 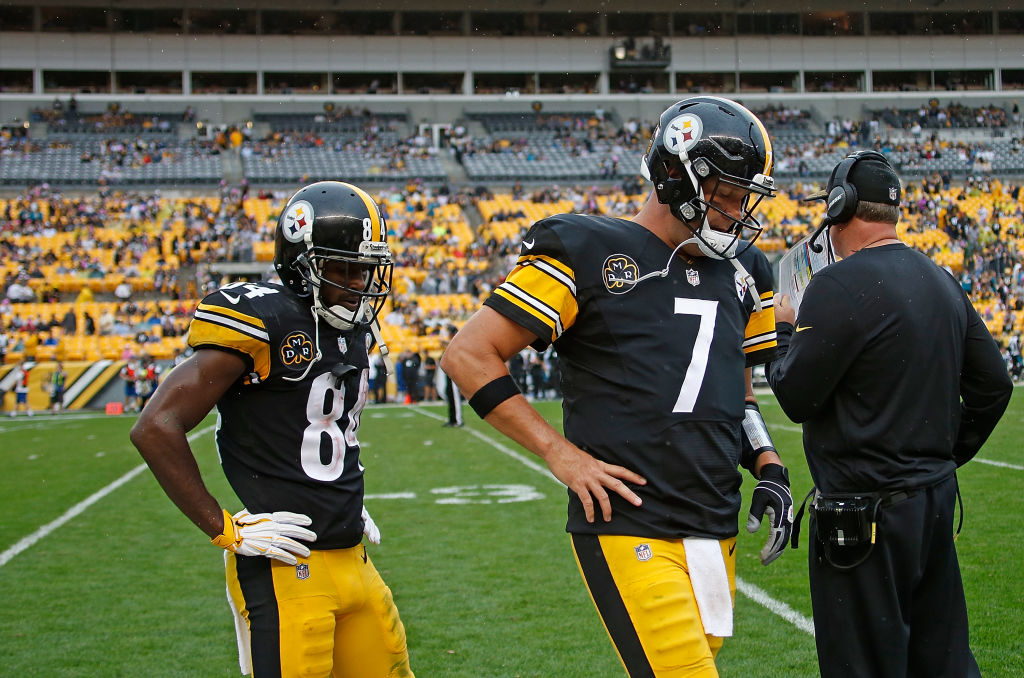 Ben Roethlisberger admits 'Maybe I don't have it anymore'

Steelers quarterback Ben Roethlisberger had never thrown five interceptions in an NFL game over the course of his career — until Sunday, that is.

Roethlisberger, who has been under a lot of scrutiny for his poor play this season, threw five interceptions in Sunday’s 30-9 loss to the Jaguars. The loss at Heinz Field was embarrassing on many levels, as the Steelers were facing a team that was playing in its third consecutive road game — the first of which took place in London.

Still, the Steelers could not take advantage, and the offense got off to a slow start — mustering only six points in the first half, and a field goal on the opening drive of the third quarter. They were then shut out for the rest of the game.

Roethlisberger, who hinted that this season could be his last over the summer, was asked about his play on the field after the game.

“Maybe I don’t have it anymore,” he said, via Aditi Kinkhabwala of NFL Media.

He was asked to elaborate on that statement, and then had this to say.

Big Ben was then questioned about the possibility of doubt affecting his play on the field.

Roethlisberger is known to play mind games with his opponents, as Ravens linebacker Terrell Suggs knows all too well, so he was likely being a bit sardonic as far as those comments go. Still, he needs to figure things out quickly, as the Steelers’ schedule will soon get a lot tougher. The team will travel to Kansas City next week for a showdown with the squad that analysts have tabbed the best in the league, so things won’t get any easier for them.