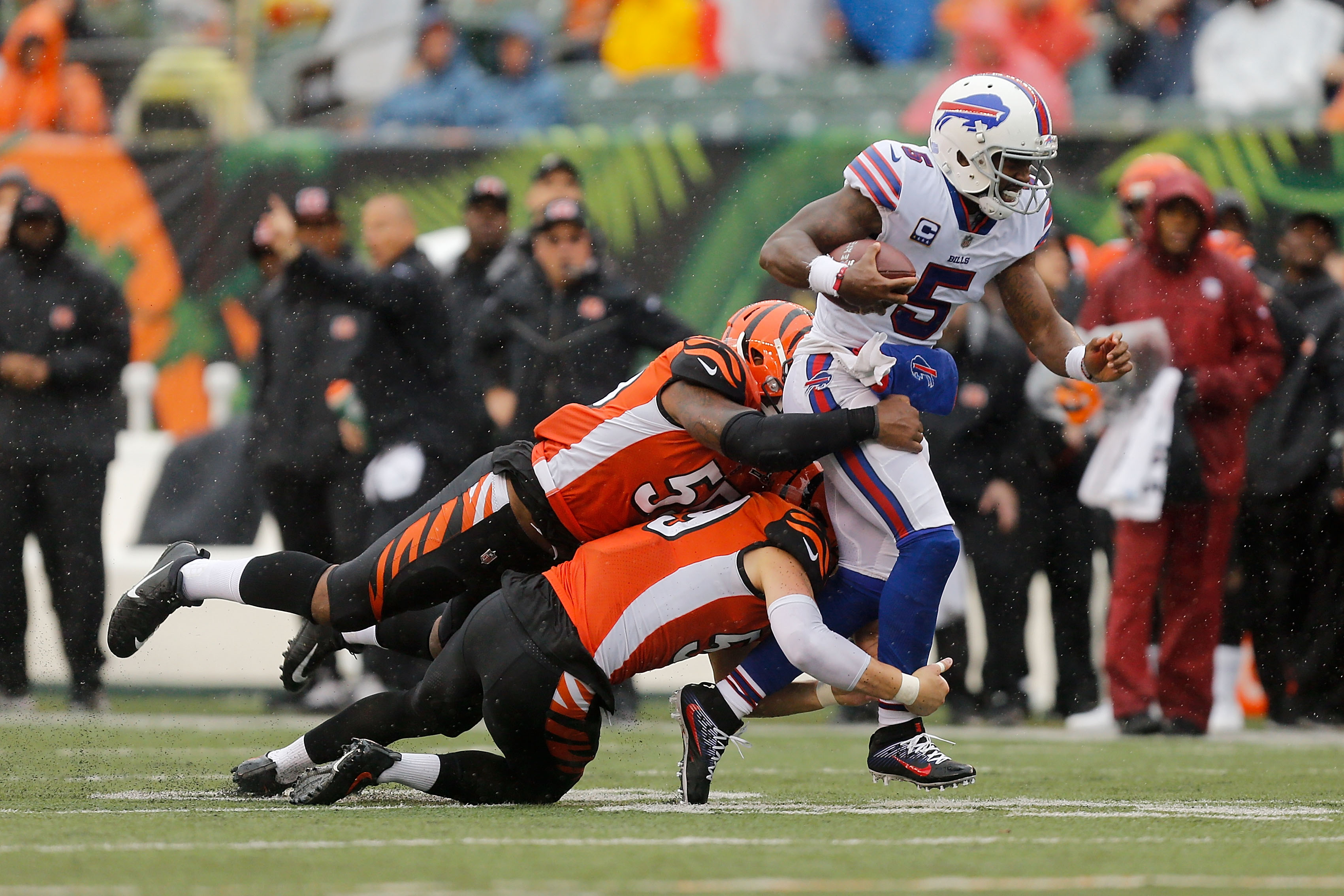 The Bills came into the Queen City with a 3-1 record and a lot of confidence. They left 3-2 going into the Bye Week. Let’s dive in!

The Bills defense gave up 20 points and with the exception of the 77-yard A.J. Green catch and run over rookie Tre’Davious White, they played their typical turnover laden and hard hitting new style of defense. I was impressed, despite the bomb, how well they “keep their shape” if I can use the soccer term. What I mean by that is, playing a zone defense you need to make sure each piece understands the leverage they need to take in order to maintain the zone’s integrity. They’re well-coached and it shows.

I could start with the coverage of A.J. Green in the first half, but I’m gonna get my pre-bye week rant out right here, right now:

I get it – a good number of people seem to want Tyrod Taylor out.

But when you see a starting NFL quarterback with no receivers of note, a line that is a sieve and a coaching staff that actively made those “tools” that way, I call b.s. on any person who can evaluate the quarterback as the issue on the team. Overthrowing a receiver for an interception in a game where Nick O’Leary, Andre Holmes and Zay Jones are your top targets, while facing a defense that isn’t playing snap count games with their talent might not work out.

I watch the aforementioned A.J. Green take this game over with nearly 200 yards receiving and I see Bills fans tweeting about street free agents needing another second to get open. When this mythical QB (which, if Taylor is as bad as some say they’d be in for with say a 1-4 record) shows up via trading your whole draft OR finding someone to roll out that essentially will be known as “Not Tyrod” I would love to see what pieces are around that guy.

So I’ll say ta-ta for now y’all. Enjoy the maelstrom of finger pointing!