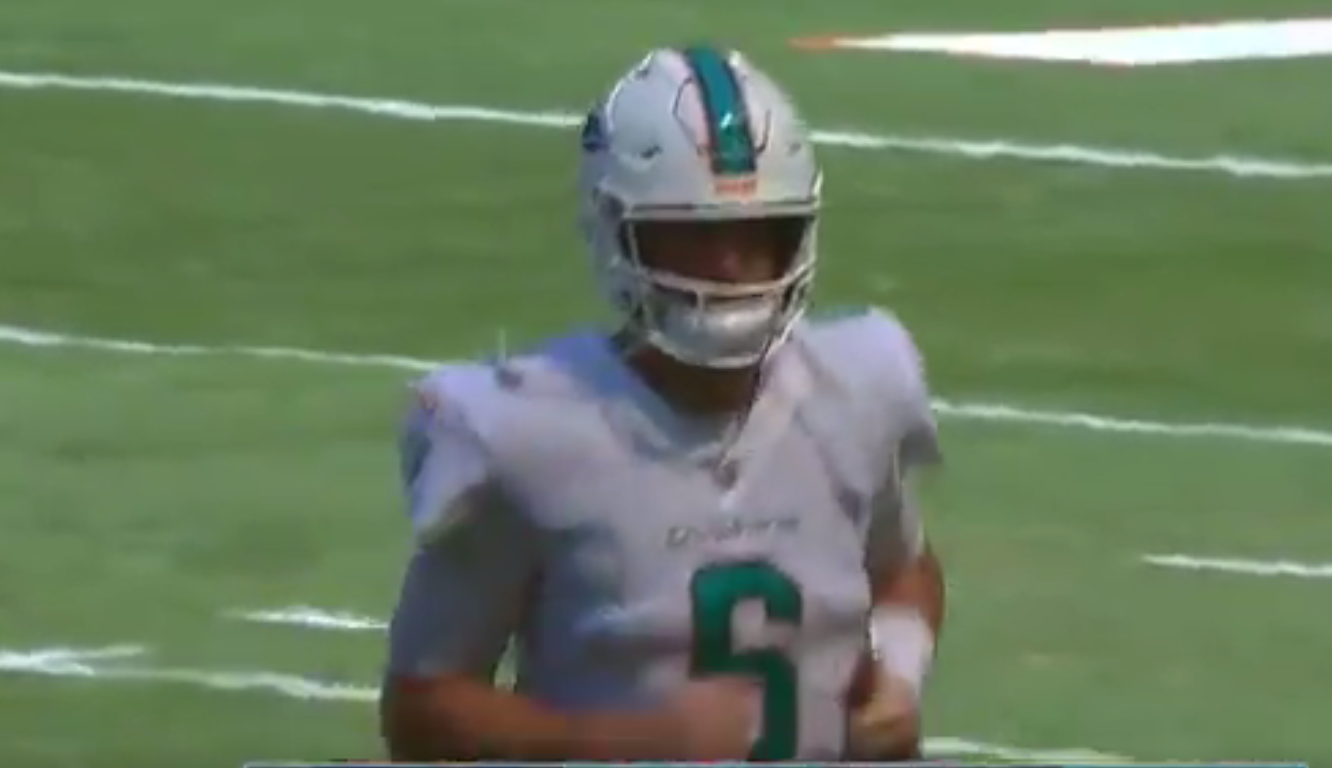 Dolphins fans appear ready for a quarterback change, and they made that very clear during Sunday’s game against the Titans.

Fans were heard booing Jay Cutler numerous times, and “We Want [Matt] Moore” chants could even be heard throughout Hard Rock Stadium. It didn’t take long, either, as both boos and chants broke out midway through the second quarter, after Cutler threw an incomplete pass on third-and-10. As he made his way off the field, the boo birds made their presence felt.

If the Dolphins had been facing a serviceable quarterback, rather than Matt Cassel, they might have considered benching Cutler at the half. He completed only five of 11 passes for 21 yards, with an interception to boot. The Dolphins’ offense has looked anemic, but they still managed to take a 10-3 lead into the half, as Cassel and the Titans have been just as bad through two quarters of play.