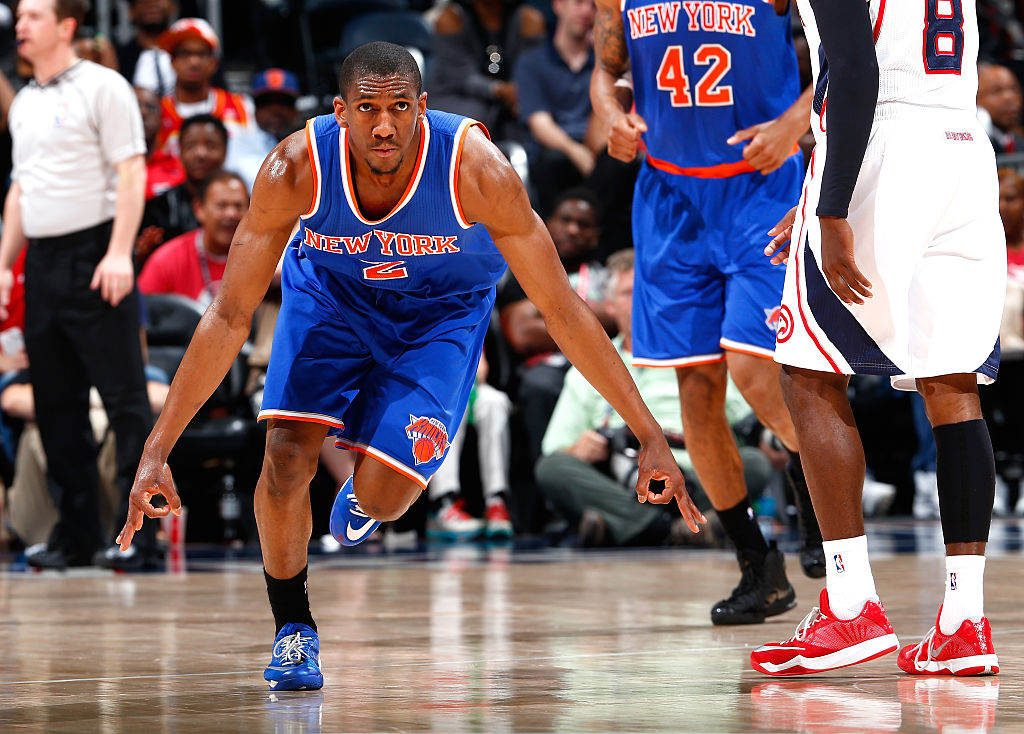 The Westchester Knicks recently announced the theme nights for the 2017-18 season. The team will host many great theme nights, like Garden of Dreams Night and Police & Fire Night. Theme nights like Faith & Family Night and School Day have returned for two occasions. On Jan. 7, Knicks legends will be at the Westchester County Center. The team will celebrate the holidays on Dec. 23 with Home for the Holidays Night.

In the future, the team can continue to explore other theme ideas. It’s always interesting seeing sports intersect. When a basketball player throws out a first pitch at a baseball game, it’s a great feeling to see a city welcome their newest player. On the opposite end of the spectrum, let’s not forget about the players who once suited up in Westchester. Should the Dub Knicks retire their first number?

The theme nights are set for this season. What promotions could the minor league club have in store for the 2018-19 season?

Nearly three years ago, Langston Galloway joined the Westchester Knicks as an affiliate player after being waived by the New York Knicks. He turned down offers from Europe in 2014 just to have an opportunity to live out his dream. He started out the 2014-15 season in Westchester and had an opportunity to further develop his game, playing against top-notch competition in the NBA G League.

After playing in 19 games with Westchester, Galloway signed a 10-day contract with the big league Knicks. By signing a 10-day contract, he became the first Westchester Knick to earn a call-up. In his second game with the team, the 6’2” guard recorded 19 points and four rebounds off the bench. After looking solid through his first two 10-day contracts, the guard signed a partially guaranteed, two-year deal with New York.

In his year and a half with the Knicks, Galloway showed productivity and competitiveness. The Baton Rouge, La native signed with the New Orleans Pelicans in the summer of 2016. After spending the first half of the season with the Pelicans, he was traded to the Sacramento Kings where he displayed his three-point shooting. He shot 40.4 percent from the floor and 47.5 percent from deep. Galloway was productive in a short sample (19 games) with the Kings and will now look to add depth upon signing with the Detroit Pistons as a combo guard.

After betting on himself during his rookie season, the young gun has gone on to carve out a spot in the NBA. He worked his way up from the NBA G League to earn a call-up. Galloway turned two 10-day contracts into a three-year, $21 million deal.

In Westchester, Langston Galloway is the poster child of where hard work and dedication will take you. After seeing him have success and carve out a role in the NBA, it’s the right time for the former Knicks guard to get the recognition he deserves in Westchester. His No. 11 should be the team’s first retired number.

During the 2017 minor league baseball season, the Brooklyn Cyclones turned sport movies into theme nights. First, Brooklyn held “Villain Appreciation Night,” which was centered around an appearance from Christopher McDonald, who played Shooter McGavin in “Happy Gilmore”. In a separate theme night, the Cyclones excited their fans by celebrating one of their favorite baseball movies, “The Sandlot”. Chauncey Leopardi, who played Squints Palledorous in “The Sandlot,” made an appearance at MCU Park. The team also gave out limited Squints bobbleheads.

Imagine seeing the Knicks celebrate a basketball movie like “He Got Game” or “Above the Rim.” While the theme night could be centered around one movie in particular, many movies could be honored and featured. Also, it would be great to see a Jesus Shuttlesworth bobblehead featured in the theme night. The only way to celebrate a movie like “He Got Game” is to have Spike Lee at the Westchester County Center.

It would be interesting to see the Westchester Knicks add a Basketball Movie Night to their slate of theme nights.

After an NBA player gets drafted, that player is usually seen throwing out the first pitch for that city’s baseball team. Many rookies have done that this season, so let’s see some NBA G League players follow that route.

During the summer time, there are numerous teams, including a team’s minor league affiliates, that are in the midst of their respective season. There are two local New York Mets teams (Binghamton Rumble Ponies and Brooklyn Cyclones) and three local New York Yankees teams (Scranton/Wilkes-Barre RailRiders, Trenton Thunder and Staten Island Yankees).

After signing a two-way contract on Jul. 3, Luke Kornet has seen some of the best New York teams in action this summer, which includes a couple of Yankee games. Kornet seems like a passionate sports fan, so it would have been great seeing him throw out the first pitch at one of the New York baseball teams this past summer. Maybe it’s something that could be seen down the line.