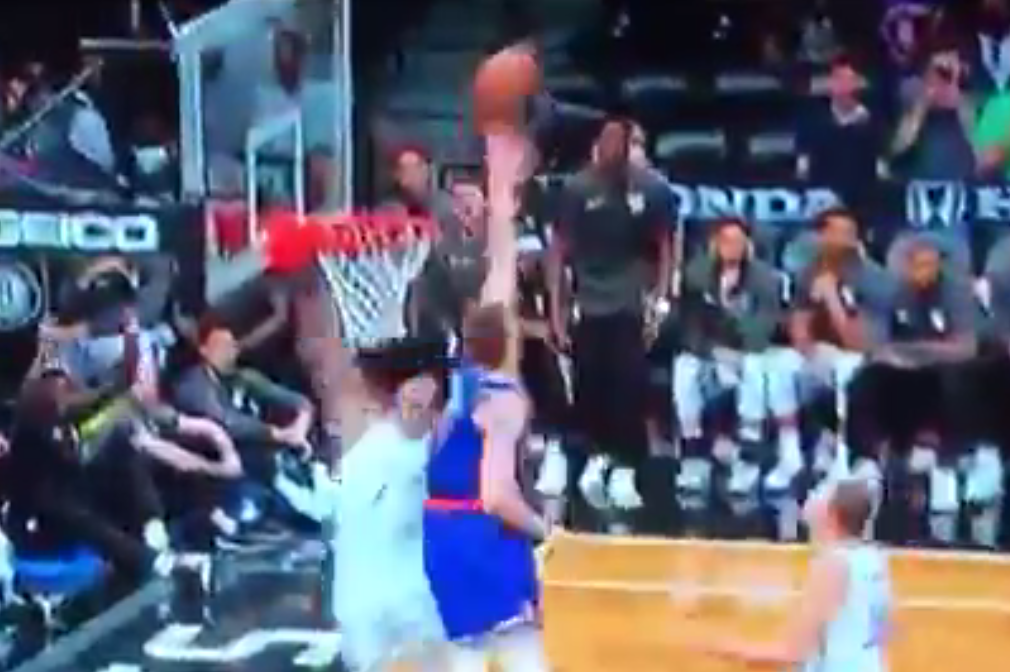 Kristaps Porzingis bulked up over the summer, and that’s bad news for opposing guards, who will have to deal with him being an even more effective rim protector.

Nets point guard Jeremy Lin found that out the hard way during Sunday’s exhibition matchup, when he drove the lane and attempted to lay the ball up and in.

Unfortunately for him, Porzingis was quick to recover, and as soon as the ball left Lin’s hands, Porzingis swatted it away perfectly.

With Carmelo Anthony gone, the Knicks are Porzingis’ team now, so there’s a lot of pressure on him to come up big — on both ends of the floor.