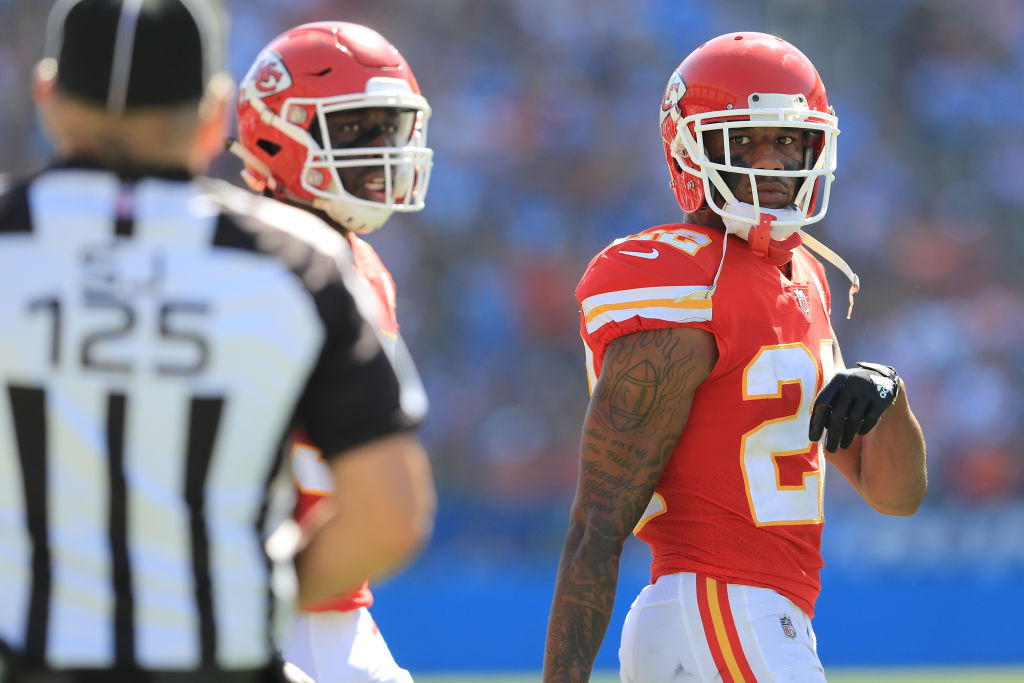 Chiefs cornerback Marcus Peters was furious after his team gave up a long touchdown pass in the fourth quarter of Sunday night’s game against the Texans, which cut their lead to 26-20.

Peters threw a tantrum on the sideline after the touchdown, and began yelling at someone. Veteran linebacker Justin Houston tried to get between them and calm him down, but Peters wasn’t having it, and he began shouting at Houston.

For the second consecutive week, Marcus Peters is having a temper tantrum on the #Chiefs sideline. pic.twitter.com/6mNZteDvSI

He didn’t stop there, either. Peters then swung his leg and kicked, well, nothing, out of frustration. But he put some serious effort into it.

Peters wasn’t shown again on camera after that sequence of events, so we’ll assume he calmed down following his leg kick, especially since the Chiefs marched right down the field and scored a touchdown to go up two scores again. But he’s going to need to learn to control his temper going forward, as this isn’t the first time we’ve seen him go off on the sideline.