Odell Beckham hugged by Brad Wing while he cries (VIDEO) 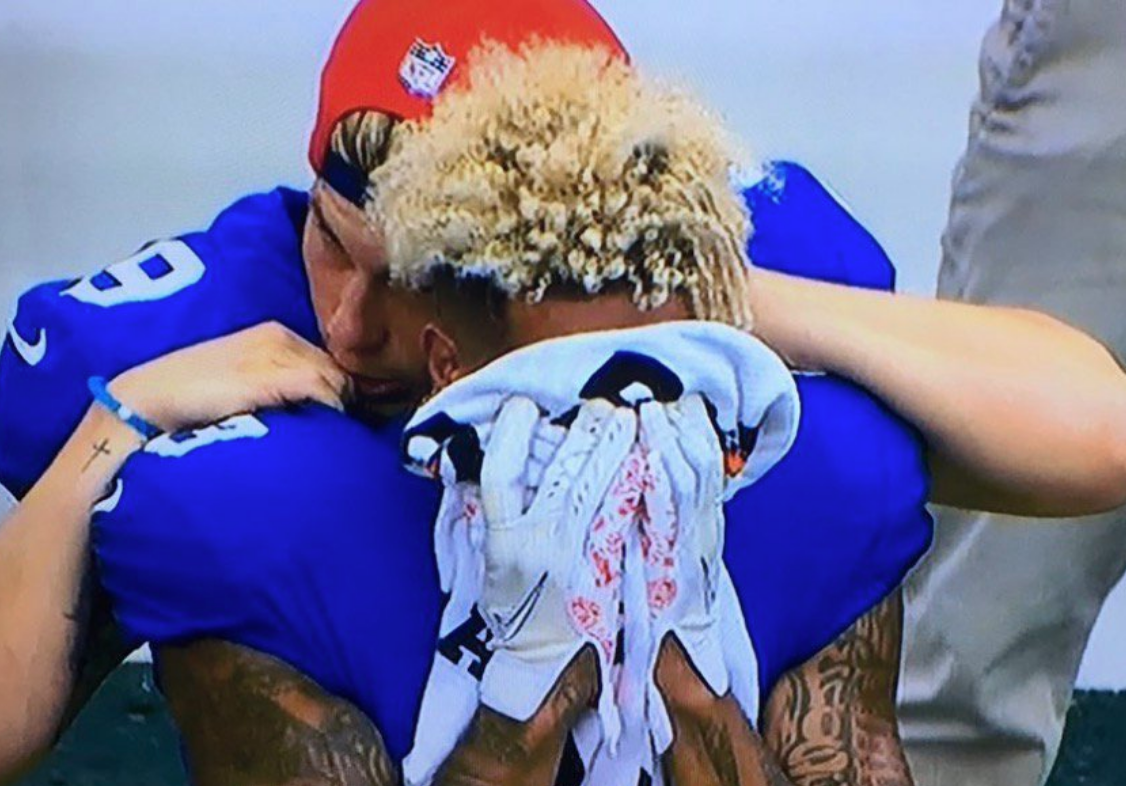 Odell Beckham hugged by Brad Wing while he cries (VIDEO)

Giants receiver Odell Beckham Jr. and punter Brad Wing go way back, as the two were teammates while at LSU.

So when OBJ was in need of some physical and emotional support during Sunday’s game, Wing came to his aid on the sideline.

Beckham was seen rubbing his eyes — seemingly to wipe away tears, while a towel covered his face — as Wing comforted him and put his hands on his shoulders.

Those weren’t tears of joy, either.