Oilers fall to Canucks despite heroics from Brossoit 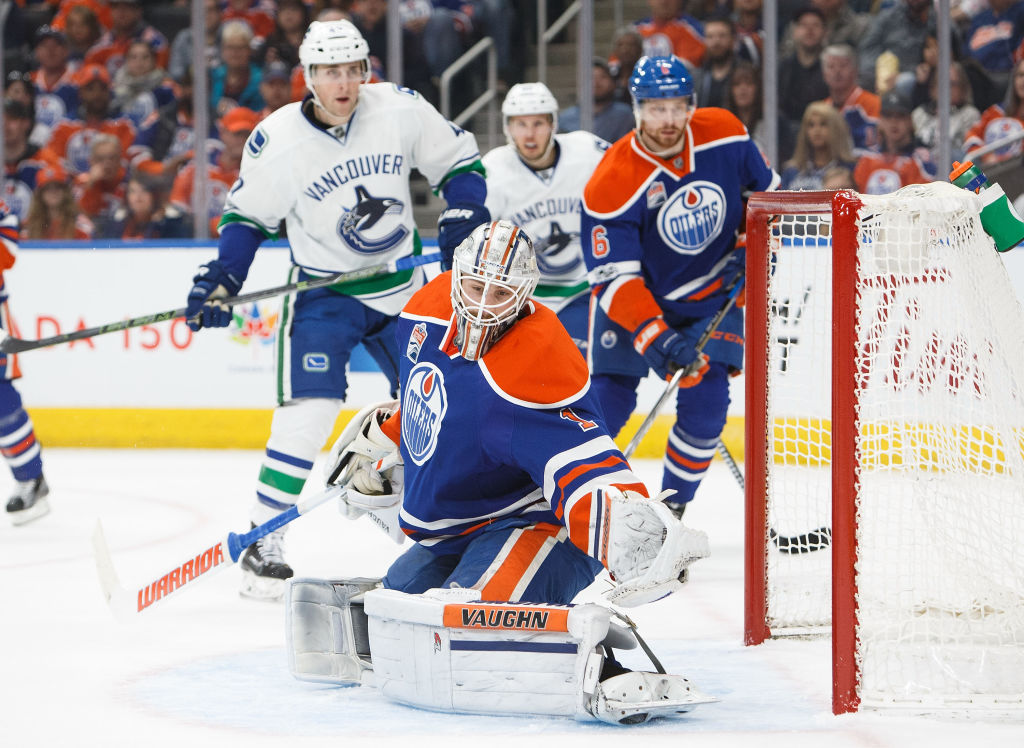 Oilers fall to Canucks despite heroics from Brossoit

Aside from the stellar play of Laurent Brossoit, the Oilers turned in a disappointing performance on Saturday night as the team lost 3-2 to the Canucks in Vancouver.

Kris Russell gave the Oilers a 1-0 lead just over a minute into the game, scoring the first non-McDavid goal of the season. Zack Kassian and Milan Lucic provided the assists on Russell’s tally, a goal that Canucks netminder Jacob Markstrom would probably like to have back.

At 7:15 into the first, Adam Larsson put the Oilers down a man with an interference call. On the resulting power play, Canucks centre Bo Horvat tied the game on a blazing outside rush, cutting hard to the middle and flicking the puck over Cam Talbot.

The Canucks would take a 2-1 lead less than two minutes after Horvat’s marker, with Brandon Sutter capitalizing on a Russell turnover. Russell bobbled the puck behind the Oilers net, allowing it to roll to Sutter who made no mistake alone in front of Talbot.

The shots at the end of the first were 13-6 for Edmonton, despite the team sleepwalking through what was a sloppy period.

The second frame started off with another goal for Horvat just 33 seconds into the period, increasing the score to 3-1 for the Canucks. Horvat outworked Oscar Klefbom for the puck behind the Oilers net and then tucked it past Talbot on a wraparound play. The play was blown down at first, but was deemed a good goal upon further review from the officials.

Talbot’s night ended there after stopping only four of seven shots, with Laurent Brossoit drawing in to replace him. Brossoit went on to make some fantastic saves, including some while killing off a slashing penalty against Jussi Jokinen.

The big positive out of tonight? Broissoit.

Late in the second, new addition Ryan Strome took a hard hit from Canucks defender Troy Stecher, neither of which are known for fighting. However, Strome convinced the smaller Stecher to drop the gloves. The scrap ended without many fireworks, but I’d give Stecher the edge on this one.

The Oilers started to wake up in the third, as Ryan Nugent-Hopkins scored on the power play just after the eight-minute mark to make it a 3-2 game. Patrick Maroon fed a backhand pass from in front of the net to Nugent-Hopkins, who fired home a wrist shot past Markstrom.

Nugent-Hopkin’s goal wasn’t enough in the end, as the Oilers couldn’t tie the game. Despite Brossoit’s heroics, the Canucks, lead by Horvat and Markstrom, handed the Oilers their first loss of the season.