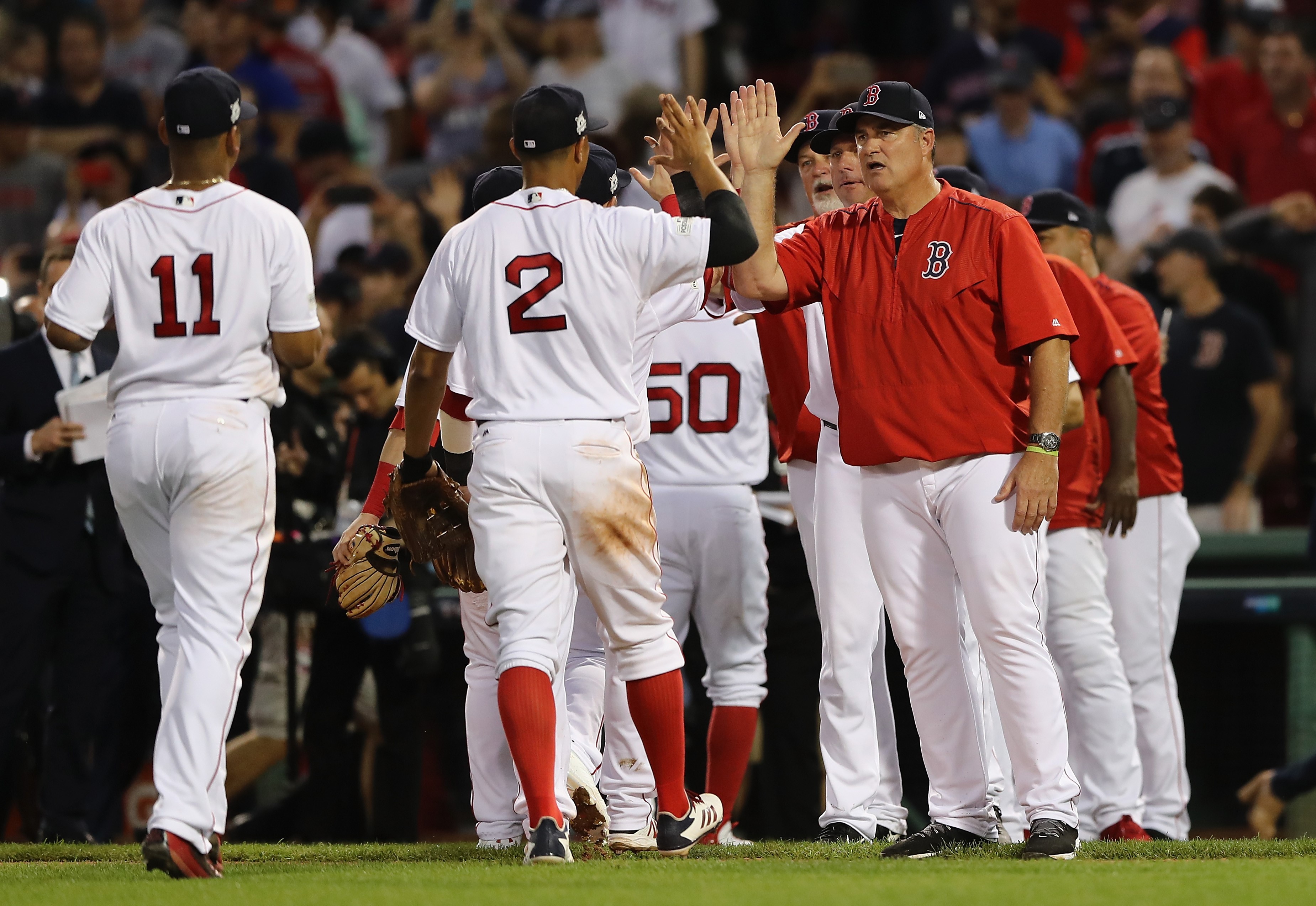 BOSTON, MA– Just about all hope was lost in the top of the first inning when Josh Reddick singled to center bringing in a run. That play followed by a Carlos Correa two-run home run giving the Astros a three-to-nothing lead very early in game 3.

In what looked like the Red Sox last game of the 2017 season and most fans giving up hope the Red Sox kept their heads up and answered with some offense.  In the bottom of the second inning, the Sox showed some life when Sandy Leon singled to left center scoring Moreland on the play. But it wasn’t until the third inning when all faith was restored after a Ramirez single to left scoring Moreland and a Devers homerun giving the Sox a 4-3 lead.

The Red Sox would then stay quiet until the bottom of the seventh when they piled on with a huge six-run inning. The inning included a Ramirez double scoring two runs, a Devers single scoring one run, and a Jackie Bradley Jr. two-run home run.

The Red Sox used a slew of pitches to get the job done in this one as Fister only got through an inning and a third giving up four hits and three runs before being pulled. He was relieved by the eventual winning pitcher of the game Joe Kelly. But Kelly also did not stay out very long only making it an inning and two thirds before being replaced with the Red Sox best playoff performer Daivd Price.

Daivd Price had a gem of a relief stint going four innings giving up four hits and no runs. Price was the real reason why the Red Sox got back into this game as his pitching got the crowd as loud as it did the entire day. Price was replaced by Reed who was replaced by Smith who closed out the game an ensured a game 4 would be played.

Hats off to the Red Sox for coming back in this one as just about everyone was counting them out after the first inning. As for can the Red Sox do it again, you never know they first win is always the hardest and they now have it. Game 4 will be played tomorrow Tuesday, October 9th at 1:00 pm. But there is a change that it could be moved until night depending on weather and the results of the Yankees and Cleveland game tonight.