Your Morning Dump... Where Marcus Smart might get really expensive 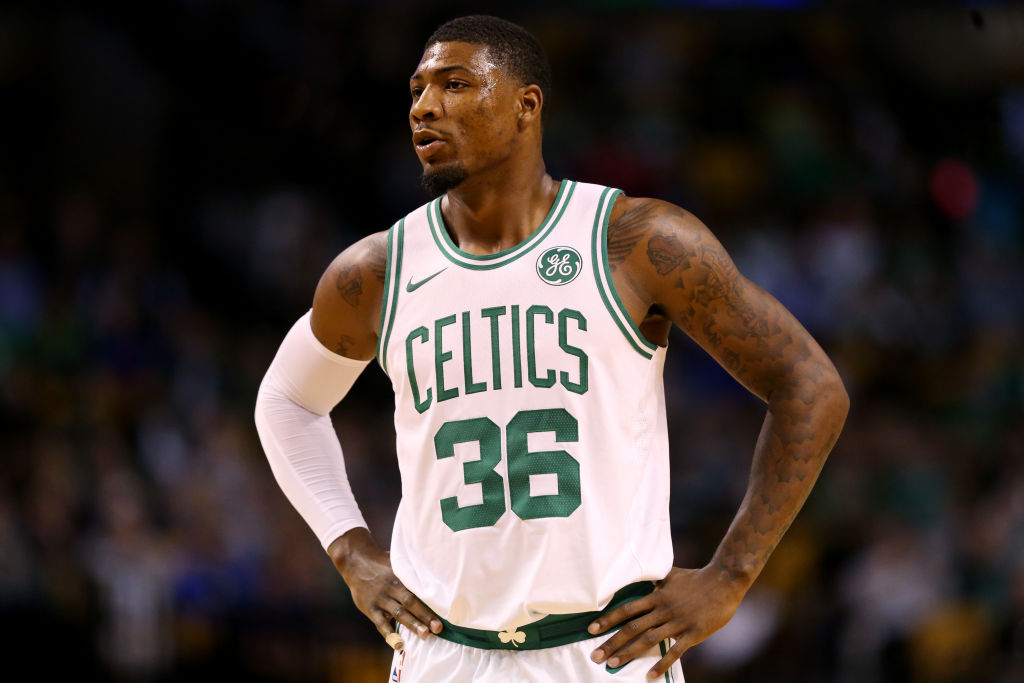 Your Morning Dump... Where Marcus Smart might get really expensive

The deal includes $74 million in guaranteed money, and team and individual bonus clauses worth the remaining $10 million, league sources said.

The latest round of extensions makes one think Marcus Smart will not come cheap.

The Harris extension is worth an average annual value of $18.5 million before potential bonuses and it comes on the heels of 4-year, $42 million extensions for Norman Powell in Toronto and Josh Richardson in Miami and a 4-year, $50 million extension for TJ Warren in Phoenix.

If we’re looking for possible signs of what a Marcus Smart contract extension will look like, these are your guidelines.

I don’t think he’s getting Harris-type money from the Boston Celtics. We all love Marcus Smart but the Celtics aren’t throwing that much money his way after paying Al Horford, Gordon Hayward, and now Kyrie Irving. Smart’s extension will push the Celtics deeper into the tax, so $10 million a year will cost the team a lot more actual dollars.

I think 4/42 is the baseline. Once you start adding in all the “impacting winning plays” things Marcus Smart does and I can see an average annual value pushing $14-15 million a year.

Are the Celtics willing to give Smart 4 years, $55-60 million? Richardson’s production probably most closely matches Smart’s at the moment and he got $50 million. Throw in all the extra stuff Smart does and it’s not crazy for his agent to ask for a little more.

While all these extensions are working out in Smart’s favor, there is the issue of what he’ll command as a restricted free agent, and whether the Celtics can play the “let teams know we’ll match most offers and see how it plays out.” There isn’t a ton of money out there and most teams are set at the point guard position. As impactful as Smart is, how many teams are willing to put together the wild kind of contract it will take to keep Boston from matching an offer?

This kind of push/pull might actually get both sides to sit down in the next nine days to hammer out a deal before the October 17 deadline. The Celtics see the market being set and Smart’s camp sees an uncertain summer. Neither side has a ton of leverage, which usually leads to both sides sitting down and working out a mutually beneficial deal.

It’s hard to say what to expect. I can see Ainge waiting to see if Smart’s shooting becomes more consistent. I can see Smart’s camp waiting for the same thing and then chasing the Harris-level money if it does. Or they can decide there’s too much volatility in this plan and start talking.

No matter what, Smart will get paid. It’s just a matter of how much, and by whom.

Friday night, the NBA’s No. 3 overall draft pick played 22 minutes in the Celtics’ preseason win against the 76ers in Philadelphia.

Saturday morning, he flew home to St. Louis for just a few hours on his off day.

[…] What called Tatum home was a promise to the Boys and Girls Club of Greater St. Louis. He told the area’s 10 clubs that he would host a lunch for the winner of a supply drive that helped hurricane-ravaged clubs in Houston and Florida. The Riverview Gardens club came through. The 100 kids swarming around this gym convinced parents, friends and community members to donate everything folks to the south might need: diapers, water, canned goods, sports gear and more. Forty cardboard boxes — one with a construction paper cutout of Tatum’s No. 0 jersey taped to a side — sat in the corner. More could be found down the hall, awaiting delivery.

“There are a lot of things that go on in St. Louis that are not always positive, especially in the inner city,” Tatum said. “For these kids to come together and do something positive, that’s great for St. Louis, and for them. Because there’s so much they see outside of the building — like I saw when I was younger — that’s not always what’s best. For them to come together and have an impact on somebody else, somebody they will probably never know, that can go a long way.”

There’s a stereotype of an NBA rookie. Young, newly rich men like Jayson Tatum are supposed to struggle with their fame and fortune. Off days on a weekend are supposed to be Snapchat-worthy escapades. I can tell you 19-year-old me would have taken the first installment of a $5.6 million salary and shut some place down somewhere on my off day.

Not only did Tatum take this opportunity to go back home to St. Louis and give back to his community, he taught the kids in that community a lesson in selflessness.

He challenged kids in his hometown to gather materials for people in need after Hurricanes Harvey and Maria. He promised a special visit for the kids who did the most, and he came through for those kids. So really, he helped twice and taught those children that giving and helping is rewarding and right.

Tatum’s on-court game already looking NBA-ready. His off-court game is just as impressive. Tatum seems to have strong foundation and good support system that will serve him well in this buzz saw of a league. The trappings are just too great for some people, but Tatum looks ready for the moment. His priorities are straight, which is a huge step towards becoming the all around player and person that he can be.

Isaiah Thomas is up to his old tricks on Instagram… Jaylen isn’t afraid to clap back, though.

Amir also had a response…

Instagram has become the home for this kind of stuff. This was all in good fun but IG comments are where the real NBA petty wars are fought. Keep your eyes open.

Globe: Dwight Howard looking for a career rebound in Charlotte  |  Why was Boston Garden nearly empty when Bill Russell’s number was retired in 1972?

BSJ: NBA Notebook: Ranking every team in the Eastern Conference