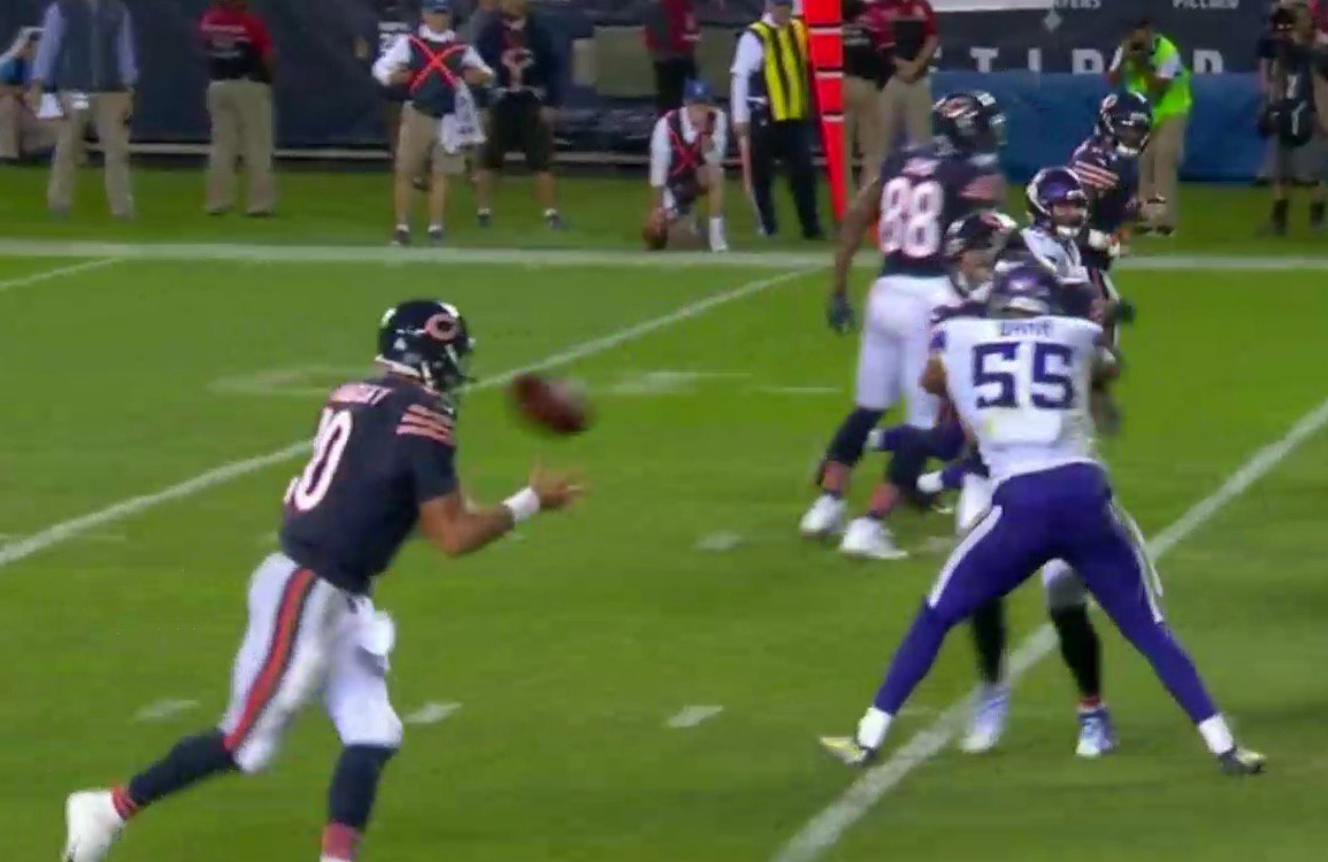 The Bears pulled off one of the best two-point conversion attempts in NFL history on Monday night to tie their NFC North matchup against the Vikings.

Chicago scored its only offensive touchdown in the fourth quarter of the game, and being that they trailed by two points, it was time to try and find the end zone from two yards out.

For that, they saved a play they had saved in their back pocket, and it worked to perfection. It was a reverse option, and fooled everyone.

It began when Mitchell Trubisky handed the ball off to Jordon Howard, who then flipped it to Zach Miller, who flipped it back to Trubisky for the easy score.