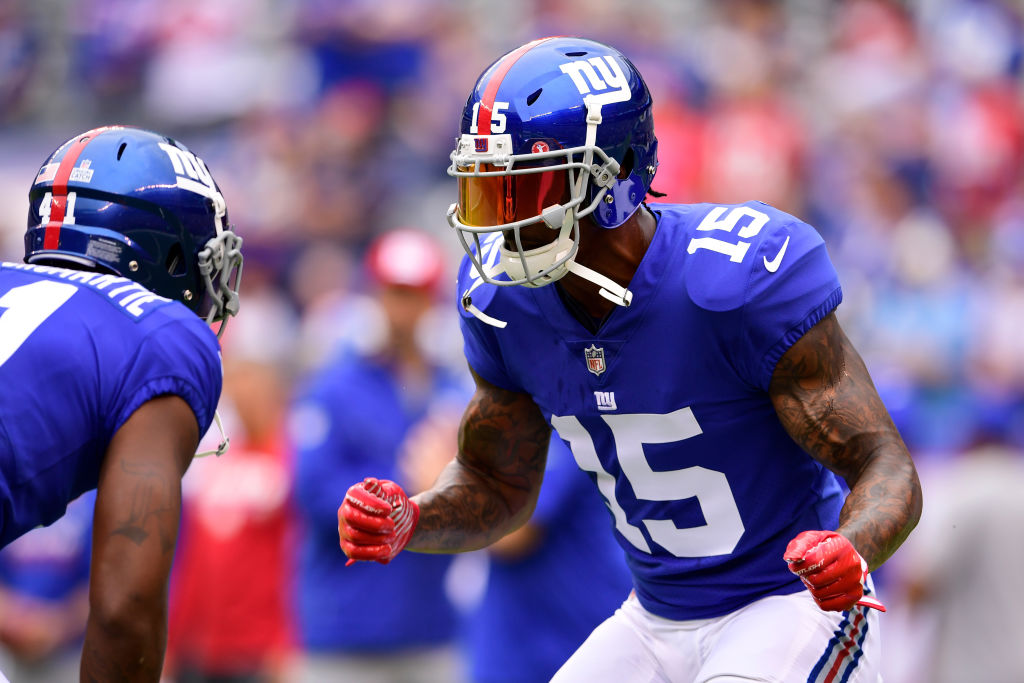 Brandon Marshall joined the Giants in the offseason on a two-year deal, but now, just five games into the season, it appears his 2017 campaign has come to a close.

Marshall hurt his ankle trying to make a deep catch down the sideline during Sunday’s game, as he landed awkwardly.

Giants fans awaited an update on his condition, and rather than hearing it from the team, Marshall himself took to Instagram on Monday to announce that he’ll be having season-ending surgery.

Tomorrow I’ll have surgery ending year 12. I’m filled with mixed emotions. I wasn’t able to produce for my team the way I wanted to but this was my greatest year to date. This game has shown me who I really am good and bad. This game has given me the opportunity to grow as a man, father, husband, teammate, leader.. . I’m so thankful for this game.. . The biggest lesson I’ve learned about myself is that Adversity kicks my Ass. I’m proud to say that after 12 years I’ve finally became the man I knew I was suppose to be by confronting Adversity with a Smile. Gods Delay isn’t Gods Denial #DueSeason

After 12 seasons in the league, we wonder if retirement isn’t in Marshall’s future. As for the Giants, who knows what lies ahead for them. They’ve now lost three receivers to season-ending injuries, and are still in pursuit of their first win.