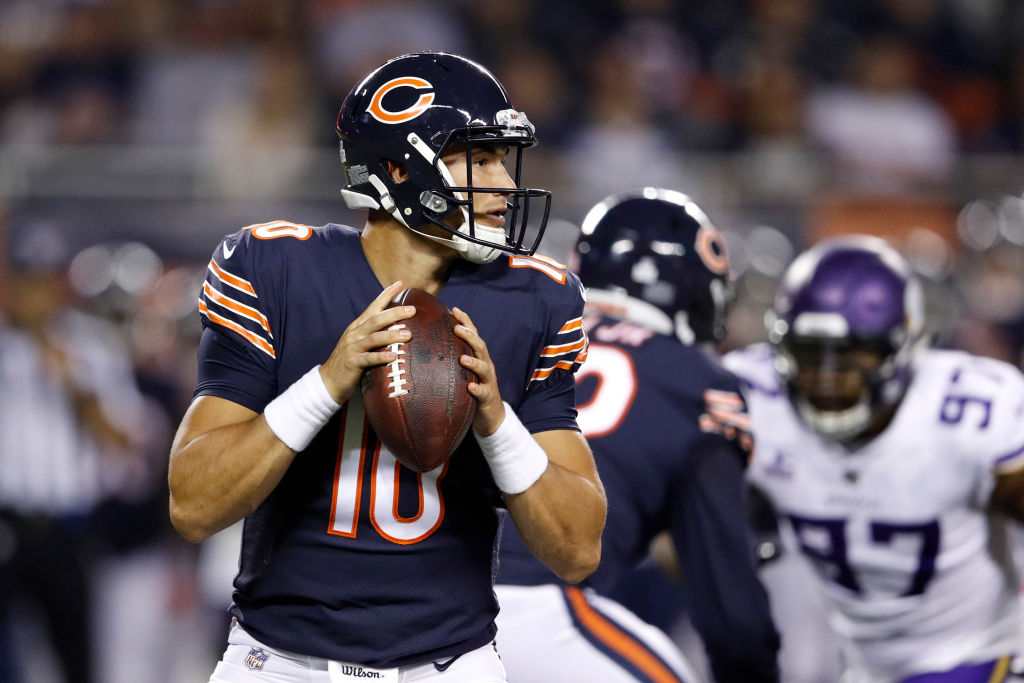 Bears rookie quarterback Mitchell Trubisky made his first career NFL start on Monday night, and while his performance was far-from-perfect, he proved that he’s earned the right to be the team’s signal-caller going forward.

Trubisky showed off his athleticism throughout the game, something veteran quarterback Mike Glennon clearly lacked, as the Bears’ playcalling had him on the move quite often. Trubisky faced one of the best defensive fronts in the league, and was sacked only once, doing a good job of keeping the play alive and getting the ball out of his hands quickly.

The Bears rookie quarterback completed 12 of 25 passes for 128 yards in the game (one touchdown), but he made one bad throw late in the fourth quarter that he’d probably like to have back.

Chicago received a punt and started a drive on its own 10-yard line, with under three minutes remaining in the game. And rather than handing the ball off to stud running back Jordan Howard to get some breathing room, the Bears opted to let Trubisky throw. That proved to be a bad idea, as he forced a throw into coverage that was intended for Zach Miller, which Harrison Smith intercepted to set up the game-winning field goal.

Trubisky was asked about the costly interception after the game, and admitted forcing the throw wasn’t the correct decision to make.

Mitch Trubisky said he tried to do too much on the INT. Said he should have thrown the ball away.

Aside from that one poor throw, head coach John Fox was supportive of Trubisky, and it looks like he’ll be the starter going forward.

John Fox on Mitch Trubisky: "He's got what it takes. No doubt in my mind."

Trubisky did seem to give the offense a spark, which it needed, and his team was in position to win the game in the fourth quarter against one of the NFC’s top teams. That’s all you can ask for a rookie making his first career start. All in all, it was a solid showing by Trubisky, and the Bears have a lot to build on going forward.