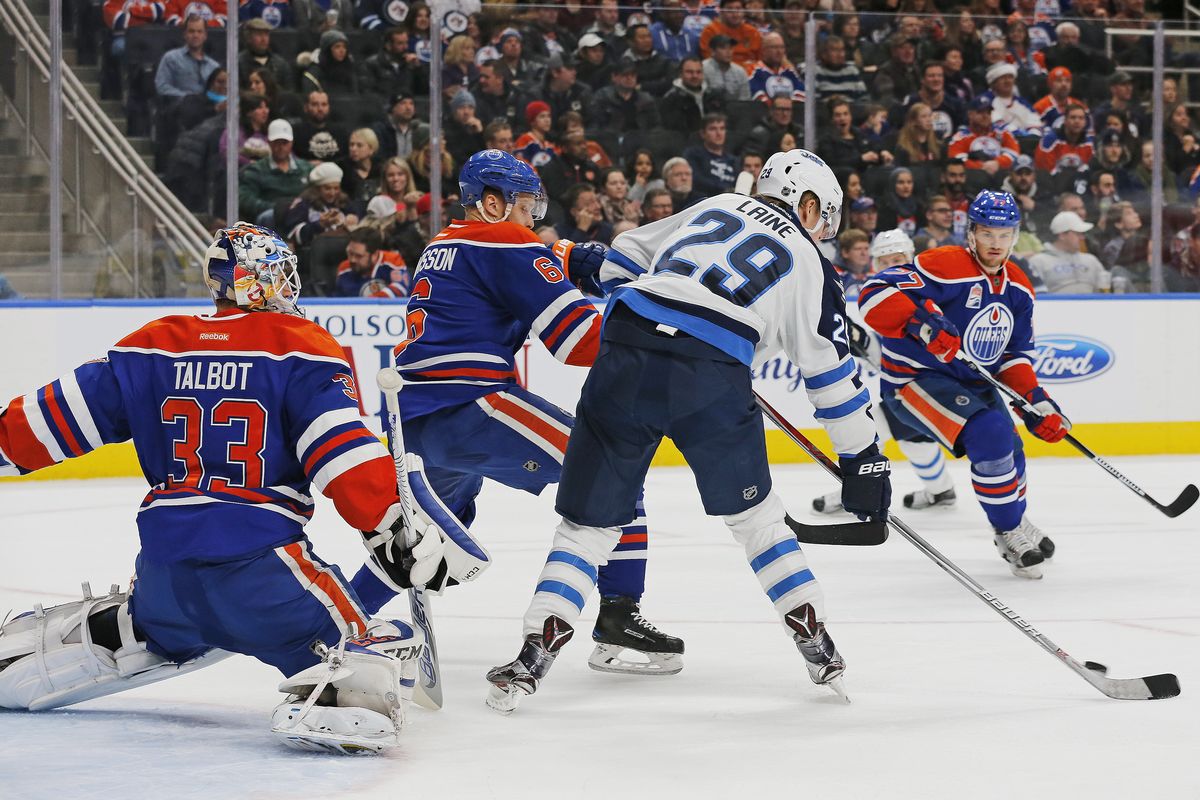 Yikes. Perhaps no other term can properly describe this early season start for the Oilers better than Jekyll and Hyde. What started last Wednesday with a controlling, fast-paced, iron clad win against the Calgary Flames, has now plummeted into two straight ugly losses for the Oilers.

Heck, even the play by Edmonton during the game could best be described as hot and cold. The Oilers began the tilt with a quick, rapid pace, quickly working an excellent shift by the McDavid line into an early Power Play. The Oilers would fail to convert on that man advantage, but it did however draw 7 shots and forced goaltender Connor Hellebuyck to be sharp early. It looked as though the Oilers were prepared to right the ship, after a mistake-ridden performance against Vancouver on Saturday night.

Unfortunately, the Oilers ended up exaggerating those mistakes throughout the evening. Poor coverage, apathy towards puck battles, and an overall mirror image to Eakins-era Oilers hockey found its way into most every player’s bones, and as a result, the Winnipeg Jets were able to work themselves to a 2-0 lead 20 minutes in, despite being outshot 22-11.

Once again, the Edmonton Oilers doing their best Jekyll and Hyde impression, came back strong in the 2nd, scoring 2 goals back to back in a crisp 40 seconds. With an excellent, hard-working forecheck by McDavid creating the first goal, and a superb effort by Nugent-Hopkins on the second, it again looked like the ship was ready to be corrected.

Just a few short minutes later, the Jets would score two of their own in just over a minute, exposing an Oilers’ defence that on the evening was nothing short of poor. The Jets would later cap the night off with a goal in the 3rd period, making it 3 on the night for Nik Ehlers, who had himself an outstanding game.

Through the last 2 games, it is clear that there are a few issues at play here. For starters, the team isn’t playing with near enough intensity to win at a consistent basis in the NHL. This team’s effort right now is not at all resembling that of which we saw to close last season. I get the rationale for wanting to blame roster depth right now, but the truth of the matter is that these two losses are not just on the fringe players, but rather the squad as a whole. In my opinion, until we see an effort like we did against the Calgary Flames again, it is hard to not lump everyone into the same basket of needing to be better.

Of course, in saying that, there are roster issues that McLellan will need to examine on the upcoming week off, and we will get into that below. For now, the Oilers need to focus on getting back to the effort they showcased just 5 days ago. Finish your checks, actually put effort into skating down a puck battle, ensure that your passes are on the tape (I can’t count how many passes were in the skate blades tonight), and for god sakes, close the gap on attacking players (looking at you, all 6 defencemen).

Here is hoping for a significantly better effort on Saturday against the Senators.

Ryan Nugent-Hopkins gets this honour. On a night when a lot of players phoned it in, Nuge did not. He was a force on the puck all night long, and now has two goals in two games to show for it. His goal tonight was the result of an outstanding drive straight through two defenders, capped off by a beautiful finish. Kudos to him and his hot start to the season.

Up Next: Hockey Night in Canada

The Oilers will have a good amount of time to think about the type of hockey they need to play, in order to win the game on Saturday. Last year, we witnessed teams come out of extended breaks and be abysmal. The Oilers, with 4 days off, cannot afford to let that be the case against the Senators.