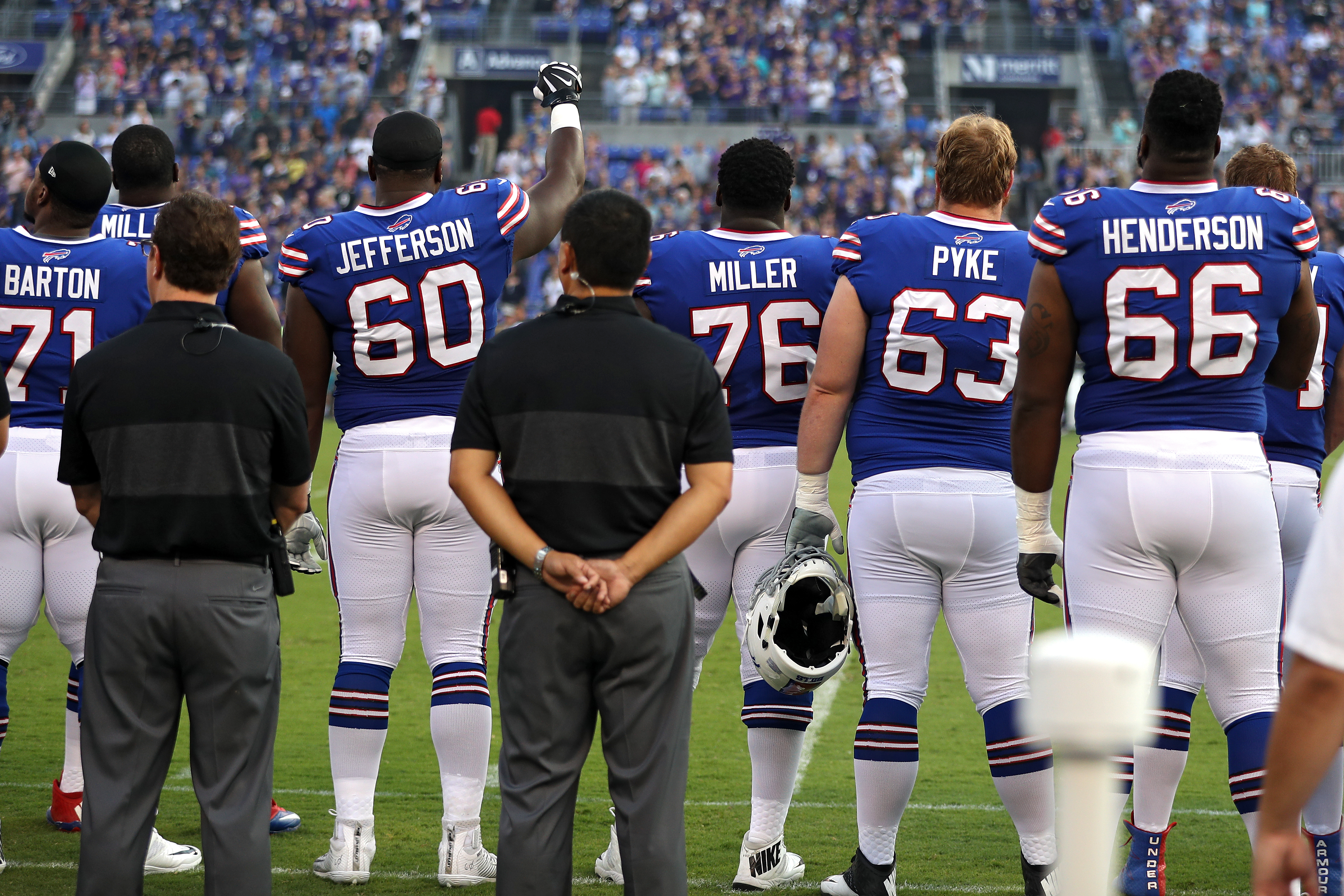 It could be because of a great (or horribad) play. It could be a series or two. Maybe even a game or two. But eventually, the regression to the mean occurs. That moment when I realize that sometimes, we don’t see football, heck life the same. We all come from different places in this world, so I forget that – but the beauty of social media, the beauty of this world wide web is the opportunity to pull others into your world.

See mine for a moment.

Imagine playing quarterback in a town that doesn’t want you, doesn’t acknowledge your bosses kneecapped your ability to succeed, but all that is heard is your shortcomings and how you are to blame for any nanosecond’s indecision. And seeing your replacement put in the same situation and have the response be, “he needs help”.

Imagine seeing an employee hired for her honesty, integrity and ardor for sport get chastised, harangued and impugned by the President of the United States, while all around her say it was her fault for daring to speak that what is, as what is. And think about the emotional toll that has to wage on world mental health day of all days.

Imagine seeing constant referrals of an unemployed player as a distraction, in a league where men have kidnapped women, killed people via DUI/DWI and your favorite team houses a man whose misogyny, racism and lack of tact bubbled over into one of the bigger football scandals of your lifetime? And better still, imagine an owner so brazen that he demands fealty under the cover of a perverted patriotism – that is merely nodded along with by fans en masse?

Imagine hearing one of your (former) favorite fellow alumni and cultural sports icons say that in the past 100 years there hasn’t been one moment in which oppression of any sort occurred for people of color? And that your former quarterback decided that a symbol of the land of the free and home of the brave is more important to him than those very people drowning in a quicksand of hate and bigotry, merely asking him and others like him to put out a hand!

Imagine running a website solely focused on a team you’ve enjoyed watching for nearly three decades, and wondering at times why people you’ve met, chatted with and shared some of the horrors of systemic racism and violence against people of color, the LGBTQIA community and the marginalized writ large ask the question, “why would THEY try to pull that stunt?”

And imagine, just imagine how that would feel – and then want to still write, still analyze, still dream. Because that is who you are.