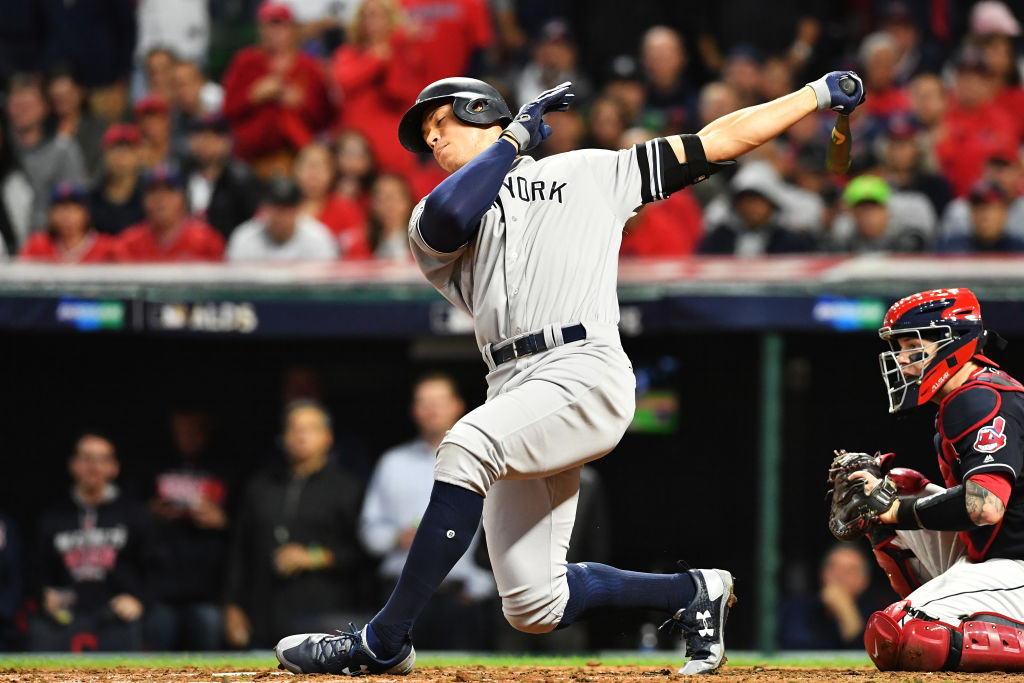 Yankees rookie Aaron Judge managed to get into the record books during Game 5 of the American League Division Series on Wednesday night, but not for an accolade that he’d want to be known for.

Judge went 0-for-5 at the plate in the game — striking out four times. It didn’t really matter who was pitching, as Judge fell behind the count throughout the night, and couldn’t make solid contact on any pitches.

After striking out for the second time in the game, when Corey Kluber fanned him, Judge set a record for the most strikeouts by one player in a single postseason series — with 14 — according to Bryan Hoch of MLB.com. He later added to that total, too, striking out two more times during the remainder of the game.

Judge struck out 16 times in 24 plate appearances in the series. The Yankees will need him to at least put the ball in play against the Astros in the American League Championship Series if they want to advance.

For the record, Didi Gregorius, who hit behind Judge in Game 5, was the difference-maker on Wednesday night, as his two home runs gave the Yankees a 3-0 lead, and they never looked back.