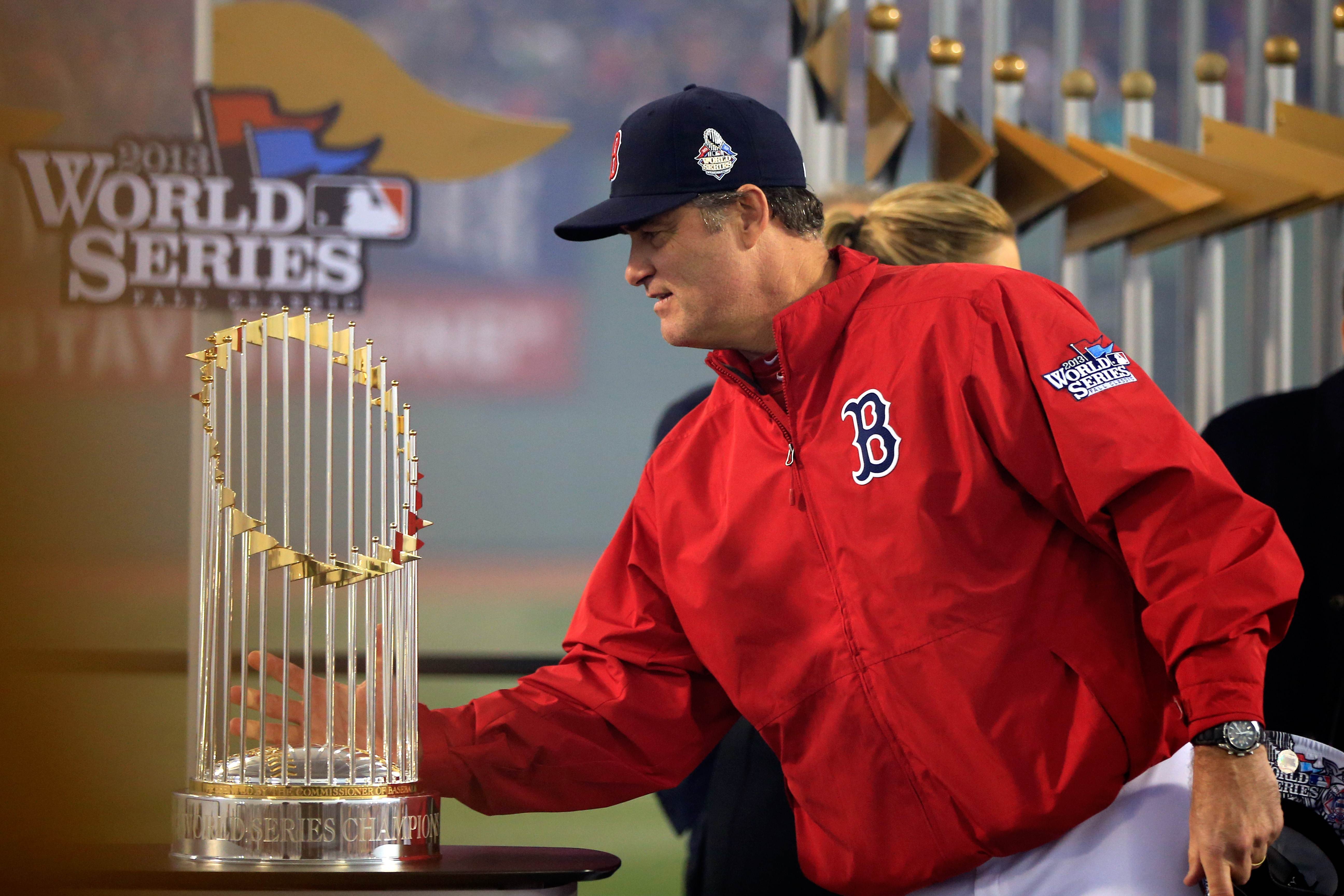 As manager of the Boston Red Sox:

And he was dismissed from his position this morning.

The #RedSox announced today that John Farrell will not return as manager in 2018. A search for a new manager will begin immediately.

I just hope he can take off that hat for a few days and give his noggin a breather.

Here is a totally unrelated story about the Cardinals TV ratings.

Last year the rating was down 18 percent from the previous year, and this time it fell an additional 12 percent. That’s a 30 percent dip in just two years. And this season’s figure is 24 percent below the average rating (8.4) for each previous season dating to 2000.

Looks like fans in both Boston and St. Louis are getting tired of not having the success they expect from their teams.

The definition of success just happens to be a bit different, I guess.