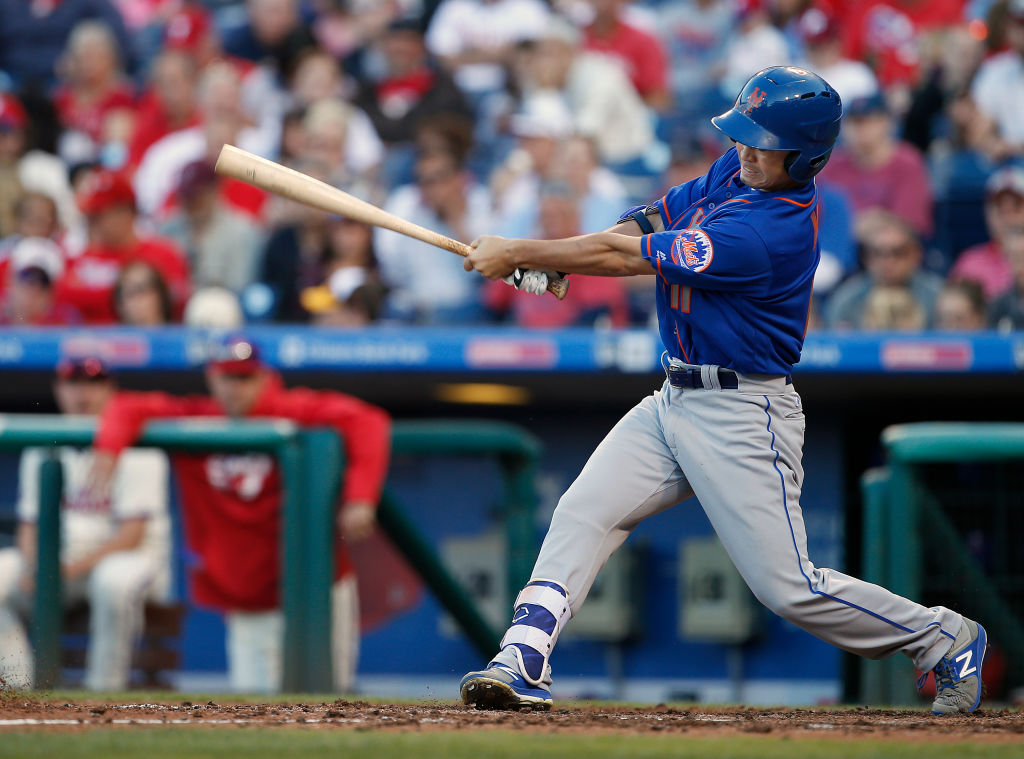 Now that the 2017 season is over for the New York Mets, we have been looking back at the year that was. After taking a more general view of the offense, pitching, and coaching staff, it’s time to take a look back at the Mets’ players. This series will take a look at every player on the active roster for the Mets at the end of season from A (Nori Aoki) to W (David Wright). The review will look at their season statistics, stories, and what role (if any) they will have next season. We begin our series today with a look at outfielder Nori Aoki.

PHILADELPHIA, PA – OCTOBER 01: Norichika Aoki #11 of the New York Mets groundnut to shortstop against the Philadelphia Phillies during the seventh inning of a game at Citizens Bank Park on October 1, 2017 in Philadelphia, Pennsylvania. (Photo by Rich Schultz/Getty Images)

Story: Nori Aoki began the year with the Houston Astros, where he played a role in the team’s strong first half. A plethora of outfielders made Aoki expendable, and he was dealt with prospect Teoscar Hernandez to the Blue Jays in July for starter Francisco Liriano. Toronto had little use for Aoki, playing him in only 12 games before waiving him on August 28th and releasing him the next day. Aoki wasn’t a free agent for long, signing a big league deal with the Mets after the team lost several outfielders due to injury. The Mets used Aoki as a regular player for the last month of the season and he did what he usually does, pick up some base hits and delivered a decent on base percentage as a top of the order hitter.

Aoki was the definition of a replacement level player for the Mets, posting a WAR of exactly 0.0 in his 27 games as a member of the Orange and Blue. The Mets simply needed an average player to take at bats in the outfield, and Aoki filled that role just fine.

Aoki showed enough value as a replacement level player that the Mets could consider tendering him a contract for next season. The decision for the Mets will likely come down to whether or not they believe Brandon Nimmo, a similar player, is ready for a reserve role. If the Mets feel like Nimmo isn’t ready for life in the big leagues on a full time basis, they could tender Aoki and have a big league caliber player on their bench. It wouldn’t be a terrible idea to keep Aoki around, especially with the uncertain timetable for Michael Conforto’s rehab.

Check back tomorrow as our Player Review Series continues with a look at relief pitcher Jerry Blevins!