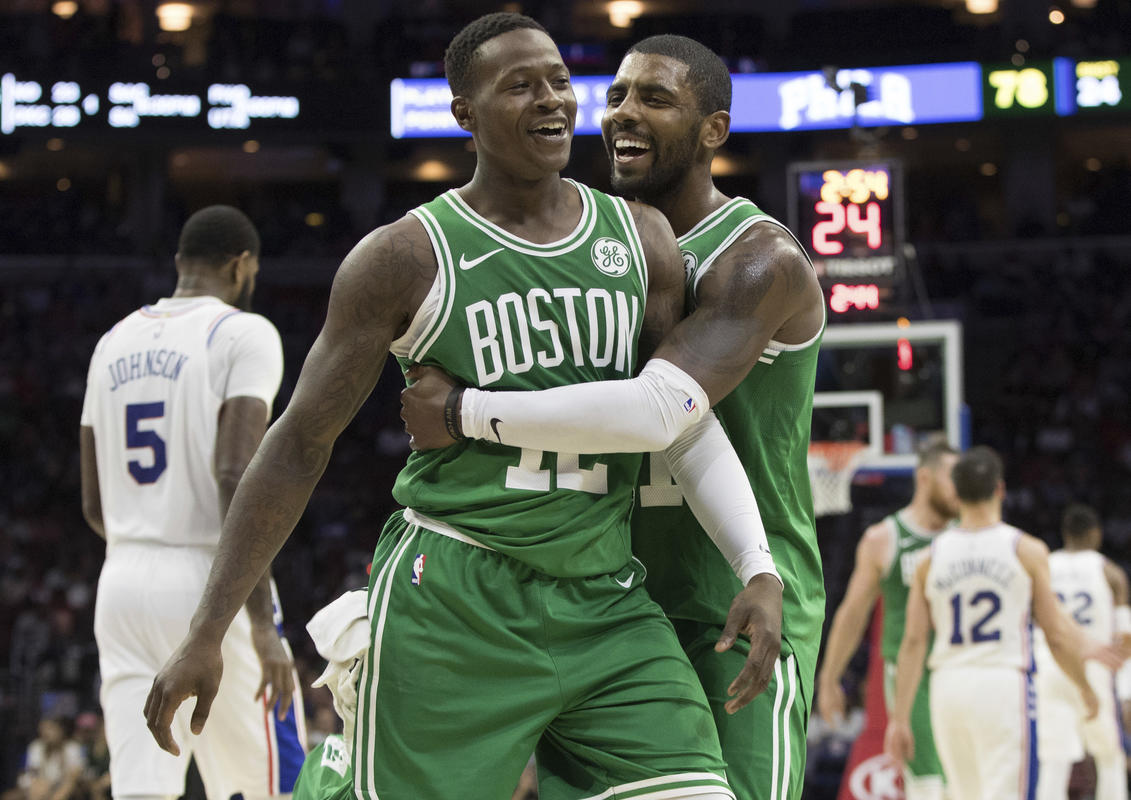 Despite the bench’s best efforts to give away the game late in the 4th, the Celtics walked out of Charlotte with a perfect preseason record of 4-0. Next stop, Cleveland.

Kyrie Irving was the catalyst for the Celtics tonight as his hot hand scored 10 of his 16 points in the first quarter alone. It quickly became evident how Irving’s ability will make it easier for everyone to score, as early double teams employed on #11 lead to open 3’s for Gordon Hayward and Jaylen Brown (the Celts began the night 5/5 and finished an incredible 50% from deep). Jayson Tatum also showcased his long-range ability by drilling a couple of open deep balls for the C’s in the first half. This shot would be particularly beneficial in the regular season when he’ll likely see time as a stretch 4.

Marcus Smart once again brought the intensity as he continued to dive for loose balls, force turnovers, and surprise offensively (hello, Mr. Floater). Marcus’ energy is contagious, and Kyrie caught the bug tonight after he had been caught on the wrong side of a defensive switch. But instead of giving up on the play and allowing the easy alley-oop, Kyrie challenged the pass, tipped the ball away, and the Celtics scored 2 in transition. These are the types of plays that may seem unnecessary in a preseason game but can make all the difference in the world come Playoffs time.

Once Charlotte tied the game at 26, the Celtics starters kicked it into high gear. Their defensive effort became evident, and the results began to reflect as much. The Celtics held Charlotte to abysmal shooting in the first half (14 of 39 from the field) and took the 57-38 lead going into the 3rd quarter.

Although firmly in command, Brad Stevens opted to build on their chemistry and played the starters in the 3rd quarter. Kyrie Irving continued to demonstrate his better-than-advertised ability to find the open man after he dished an acrobatic assist to Jaylen Brown as he went flying under the basket. Kyrie finished with a game-high 10 assists (including 5 in the 3rd quarter alone), and left Celtics fans day-dreaming as to the potential success of this upcoming season.

While Kyrie led the way with his flashy play, its fair to say the whole Big 3 showed up for the final preseason game. Gordon Hayward and Al Horford (remember those guys?) finished with solid stat lines of their own: Gordon had 13 points, 6 rebounds, and 4 assists while Horford added in 15 points, 8 rebounds, and 4 assists. The Celtics bench almost collapsed late and lost the game, but lets chalk that up to another learning opportunity and keep it moving. Final Score: 108-100

Hot: Kyrie Andrew Irving. Who else? He’s done nothing but compete his ass off since joining the Green and tonight’s game gave fan’s a good idea of what he can do. Not only is he an incredible shooter who can score at will, but he can change the spacing of the floor and create for other’s when he’s out there. Stats: 16 points (7 of 11 from the field), 10 assists, 5 rebounds.

Not: Don’t take this the wrong way, but… the Dancing Bear was definitely NOT hot tonight. My man Yabusele picked up a couple of fouls in just a few short minutes, was late on defensive rotations, and finished with 0 points to go along with his 3 turnovers. Just about the only thing he did right was that steal towards the end of the game. He’ll improve, to be sure.. but for now he’s just NOT.

This is once again awarded to the defender in the situation, who was no doubt confused as to where the hell the ball went once he saw this move from Kyrie.