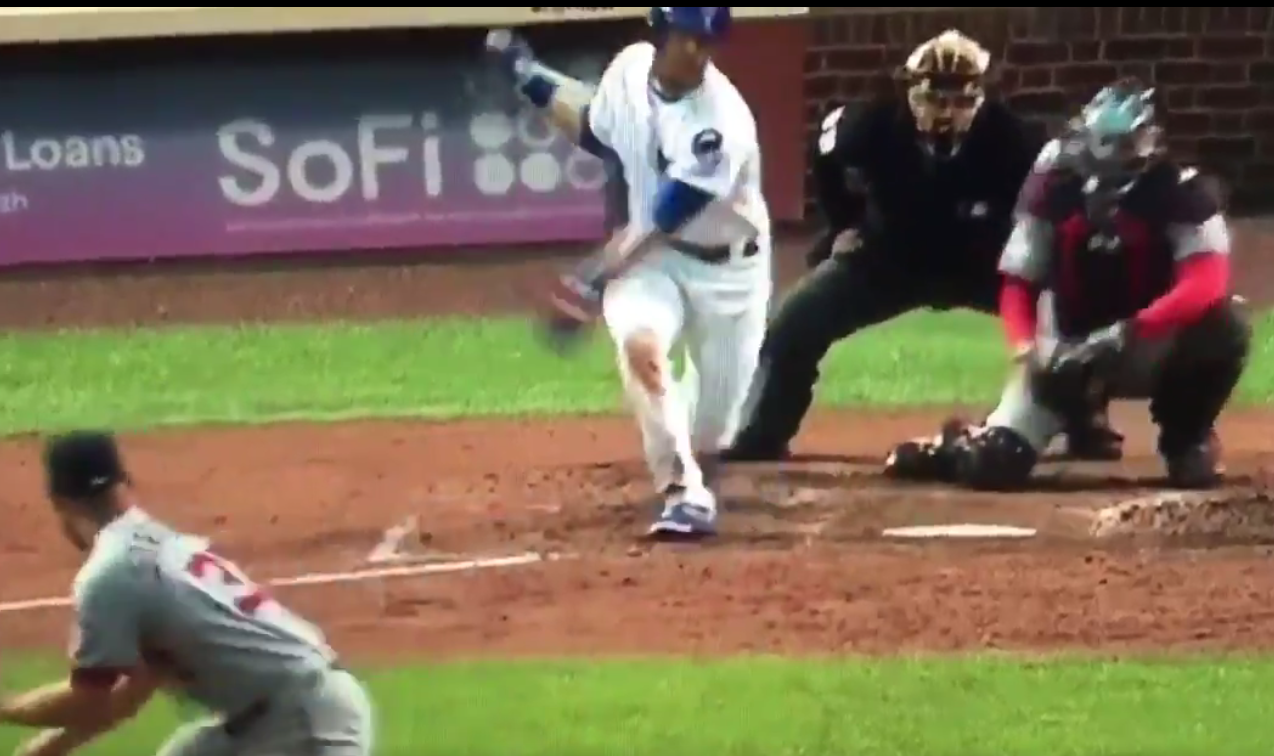 Nationals pitcher Stephen Strasburg has long had one of the best changeups the MLB world has ever witnessed. It’s a big part of why he was so successful when he first entered the league, as combined with his-then 100 mph fastball, he was virtually unhittable when healthy.

Some questioned if he’d be able to have the same filthy changeup pitching out of the stretch. The short answer to that question is “Yes, he does.”

Ben Zobrist learned that lesson during Game 4 of the National League Division Series on Wednesday night, when Strasburg made him look silly with that very pitch. Zobrist swung and missed so hard he nearly fell down.

To a hitter, it looks like a fastball, and then just drops right out of the zone and tails away. Strasburg might have the best changeup of all-time.