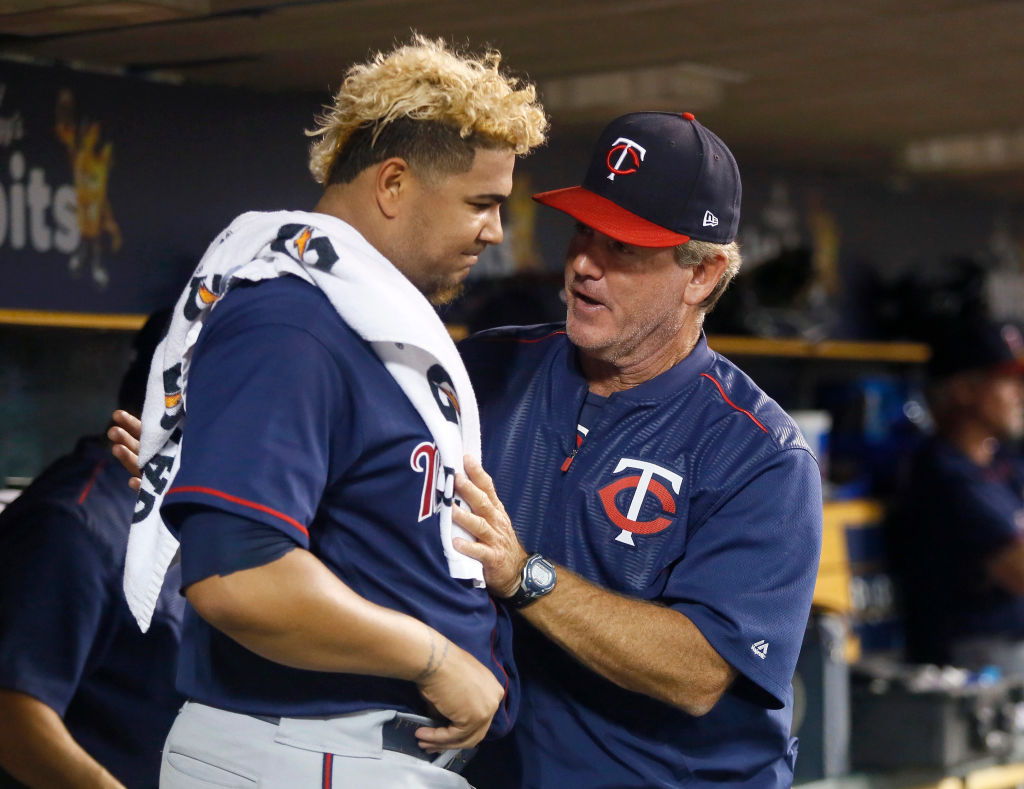 DETROIT, MI – SEPTEMBER 21: Starting pitcher Adalberto Mejia #49 of the Minnesota Twins talks with pitching coach Neil Allen #41 of the Minnesota Twins after leaving the game with a 4-1 lead during the fifth inning at Comerica Park on September 21, 2017 in Detroit, Michigan. (Photo by Duane Burleson/Getty Images)

Neil Allen was one of the surprise holdovers from 2016 to 2017, thanks, perhaps, to his brief tenure with the team, which was marked by an extended absence through the middle of the season. It seems as though last year was the front office giving Allen his fair shot at coaching the Twins’ pitchers. After a full year of real evidence, Derek Falvey and Thad Levine have decided to move on from Allen.

It’s not really all that surprising, given that their whole thing was supposed to be pitching development. It seemed unusual that, last year, the Twins didn’t replace Allen. In 2017, the biggest point of frustration was, undoubtedly, the rotation, which had many of its flaws painted over by an impressive defensive outfield. Ervin Santana had a good season, but not one that students of sabremetrics will appreciate. Jose Berrios emerged, but wasn’t the top of the rotation ace that so many people had hoped for, and Adalberto Mejia was excellent — through one trip through the lineup.

There were a lot of good things to come out of the bullpen this year, like Trevor Hildenberger, Alan Busenitz and Taylor Rogers, but one can never know how much of that was because of Eddie Guardado, and how much was Allen, or even the pitchers’ own gumption. It would be unfair to Allen to say that this season was a complete disaster, but it would also be intellectually dishonest to claim that the Twins’ turnaround was because of the pitching.

Whatever credit or blame you ascribe to the pitching for this season, I have to believe Allen was likely on his way out, save for a Cy Young award for Jose Berrios (or something), for all he reasons it was weird that he wasn’t let go last year. The Twins will now have a chance to build their coaching staff in a manner that suits the philosophy of Derek Falvey and Thad Levine. James Rowson was that guy on offense, so I am willing to see how the hire plays out for the pitching staff.