Your Morning Dump... Where Daniel Theis (and the Celtics depth) is legit 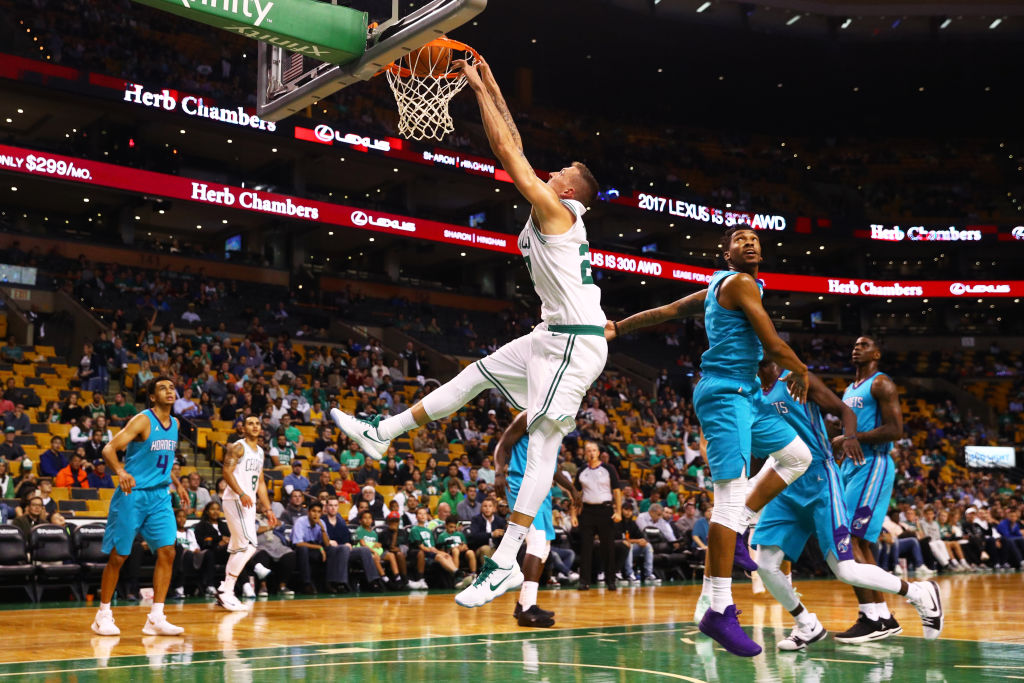 Your Morning Dump... Where Daniel Theis (and the Celtics depth) is legit

One does need to run what we see now through the official NBA preseason filter. What we see now in terms of results isn’t always the complete reality, because the competition, particularly later in these games, could be less than stellar. But it is fair to judge a player’s physical capabilities and how quickly he reacts. So when you see Theis playing inside and out with good instincts, Yabusele finding his way to rebounds, Ojeleye in the right places on defense — and hitting five of his nine 3-pointers thus far — and Larkin running an offense with speed and calm, you get the feeling this isn’t just an October thing.

“Theis is legit,” Ainge said. “Theis can play. Theis and Guerschon are legit players. Semi has had a training camp and he had a good college career, but Daniel Theis has had like nine years of professional sports, and you can tell watching him play, not only about making or missing shots, but he knows where to be. He was the top defensive player in the German league last year. He really knows how to play.”

“Semi can defend multiple positions and he can make 3’s, and Guerschon is a pretty complete player, but he’s just young and he’s coming off of an injury…

Steve Bulpett with some great commentary here about what matters in preseason games.

These guys aren’t just getting hot or making highlights. They’re playing well on both ends of the floor, with or without the ball.

Of course, the real trick comes when they’re needed to produce in spot minutes. Guys like Theis, Yabusele and Ojeleye aren’t going to find themselves playing 15 minutes a night during the regular season.

I’m surprised most by Theis and that’s probably because I hadn’t heard of the guy until he signed with Boston. He looks like he can contribute meaningful, role player minutes on this team. Yabusele looks good defensively, but I’m not quite sure where he fits offensively.

Feeling good about the 10th and 11th guys is just dandy, but it’s the play of Aron Baynes, Jayson Tatum and Terry Rozier that will truly matter.

On Page 2, Terry Rozier is ready to play some defense.

It always amazes me to hear professional athletes talk about “never having played defense.” I guess that’s what happens when you have natural, athletic talent (something I cannot relate to, at all).

Rozier elaborates and says he learned subtle tricks from Avery and straight up toughness from Crowder.

And finally, have you seen Markelle Fultz shoot a free throw?

Call me crazy but I’d rather a #1 draft pick let an injury heal than modify his shooting form because of the pain.