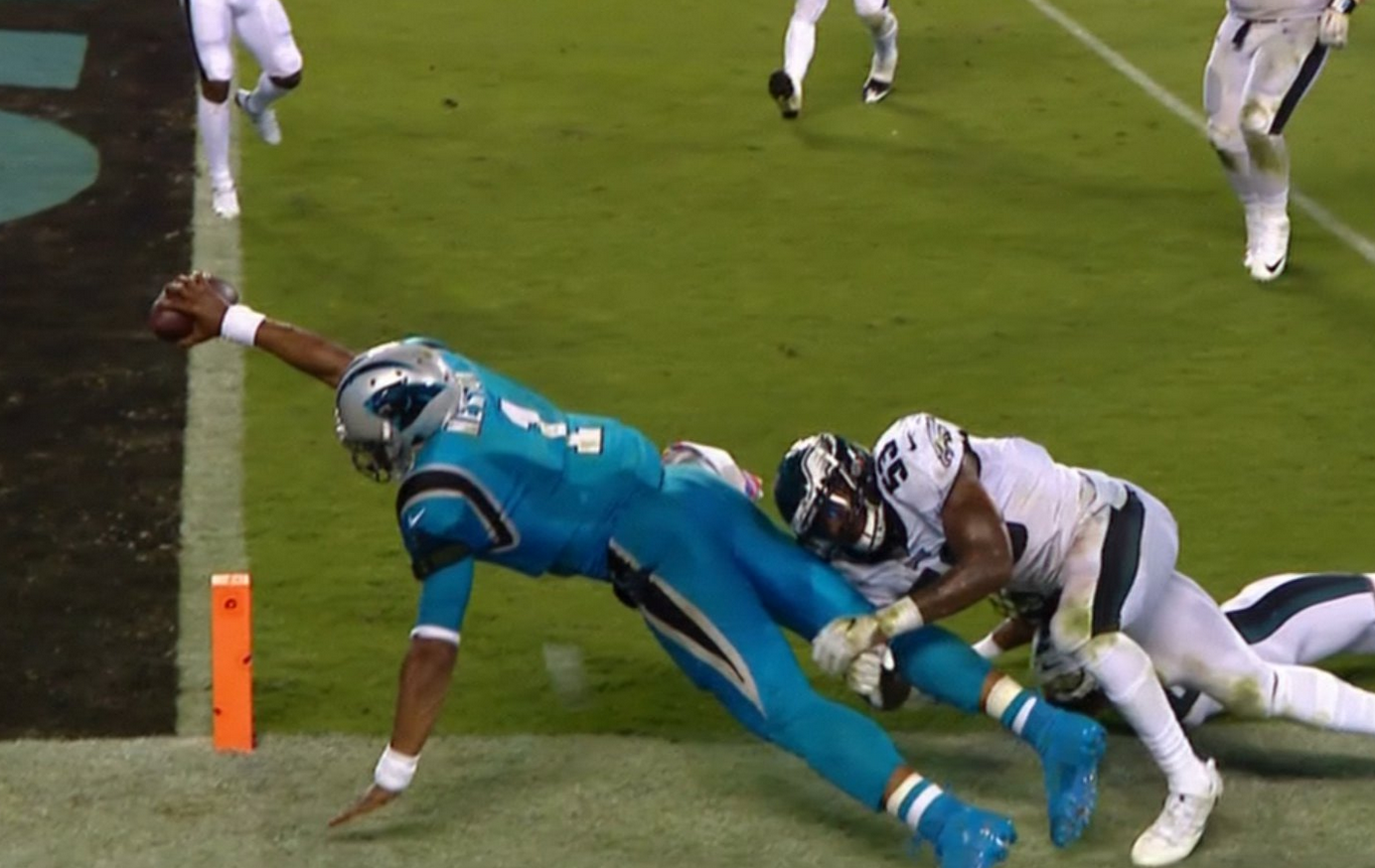 Panthers quarterback Cam Newton has earned the “Superman” nickname, as he’s been known to stretch out and use his athleticism to create plays that few others players in the league can.

That was on full display in the fourth quarter of Thursday night’s game against the Eagles, when Newton took off running in the red zone and tried to score. He leaped from just inside the five-yard line, and stretched out for the end zone. It seemed unfathomable that he would be able to score.

Did he? You be the judge.

Newton was ruled short of the goal line, and the play was reviewed. The call on the field stood, but it sure looked like he was able to break the plane.