Cavaliers have already started the bickering and drama 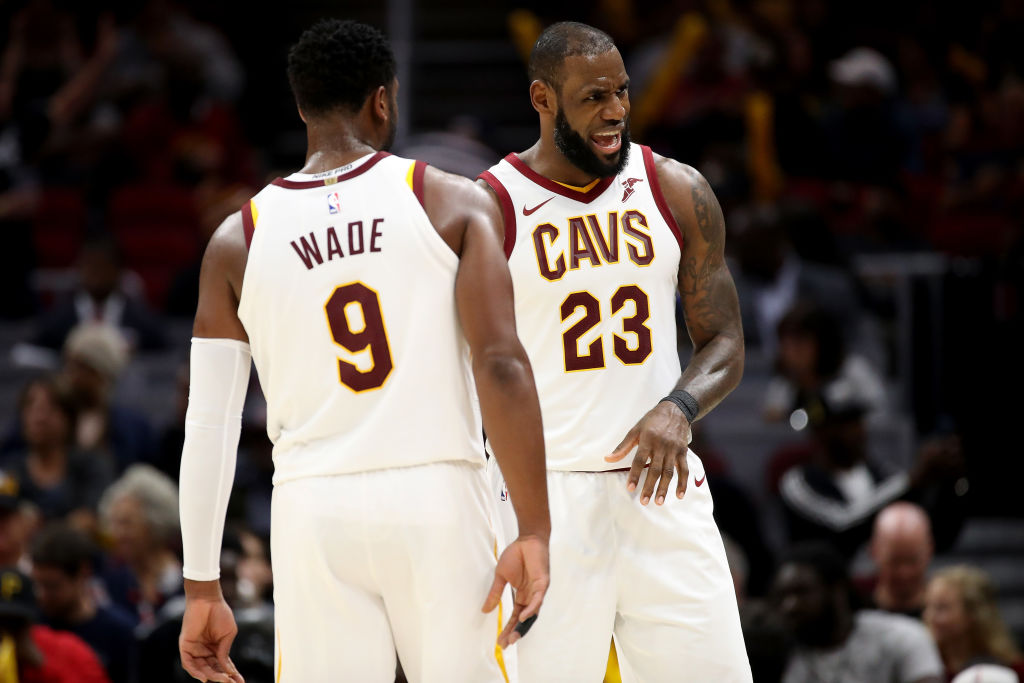 Cavaliers have already started the bickering and drama

Aside from Aron Baynes’ little knee injury and the absence of Marcus Morris, the Celtics preseason has been just about flawless. The starters gelled faster than anyone imagined, skinny Marcus Smart is shooting lights out and the bench looks formidable.

The tune in Cleveland is a bit different.

For starters, JR Smith is “absolutely” frustrated about his demotion to the bench to make room for Dwyane Wade:

Smith said he “kind of knew it” was coming with Wade. LeBron James told cleveland.com he had talked to Smith “way before” Lue made the decision, which was perhaps an indicator for Smith that a change was coming.

“Was working hard all summer and then coming in and not even really having a chance to earn my spot, but it’s all right,” Smith said. “It is what it is.”

I can’t fault Smith here. He’s carved out a pretty good niche in Cleveland and now he has to take a back seat to LeBron’s banana boat buddy whose skills are declining faster than White House credibility.

And there’s Kevin Love explaining how learned about his position switch:

“But a funny thing happened the third day of practice,” Love explained. “I had asked about a certain play on the defensive end and whether it was the different coverages on the 4 or 5 man, and ‘Bron kind of stopped me and goes, ‘You know you’re gonna be starting at the 5, right?’

“So I kind of looked at him and didn’t really fully understand that was going to be the case. Not that I would have trained or done anything different. I just would have started wrapping my head around it more. So that’s when I kind of knew that was coming into play, and I slowly and surely started to pick it up.”

That’s classic LeBron right there. It amazes me that a man of his stature and acclaim has to go out of his way to his impress his superiority on  teammates.

James will rest his sore ankle for the Cavs final preseason game and there’s a hint of doubt about his availability for the season opener against the Celtics:

“I’m pushing through it right now,” James said afterwards. “I just wanted to try and test my foot, test my ankle to see how I would come out tonight. So, obviously tonight and tomorrow morning it’s going to be a telltale sign of how I came out tonight. I’m still fresh from the game so it’s OK now but you never know when you wake up the next morning how it can flare up or if it can stiffen on you.

If James manages to “tough” it out for the Celtics game, you can be sure ESPN and the cameras will remind us. I put the over/under on ankle close-ups at 7 and LeBron grimaces at 5.